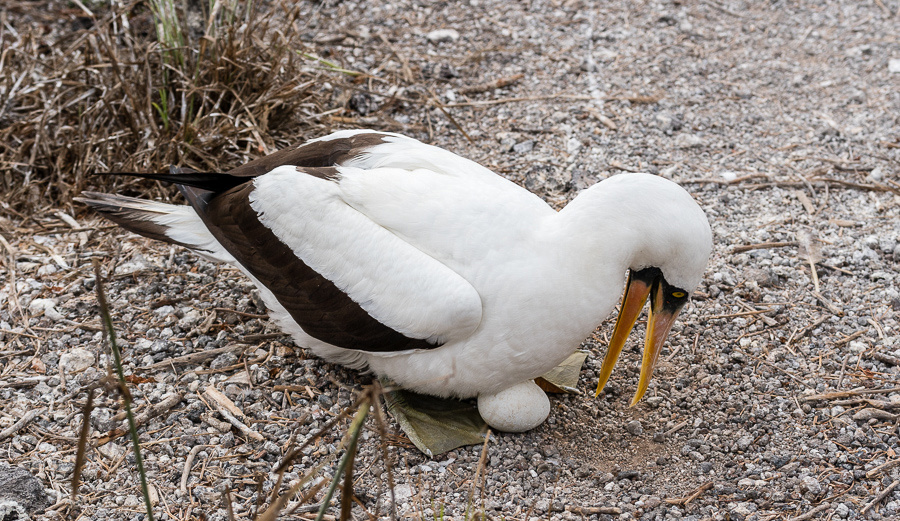 The last island that we visited was Genovesa Island.    This island is located in the northeastern part of the Galapagos  and is the home of large colonies of seabirds such as nazca boobies, red-footed boobies, great frigate birds, swallow-tailed gulls and lava gulls. Our first stop of the day was at Prince Phillip steps.   Above is a nazca booby with her egg.

The Nazca booby preys on small fish by flying over the ocean and then diving at high speeds.  The birds nests near cliffs on bare ground with little to no vegetation. 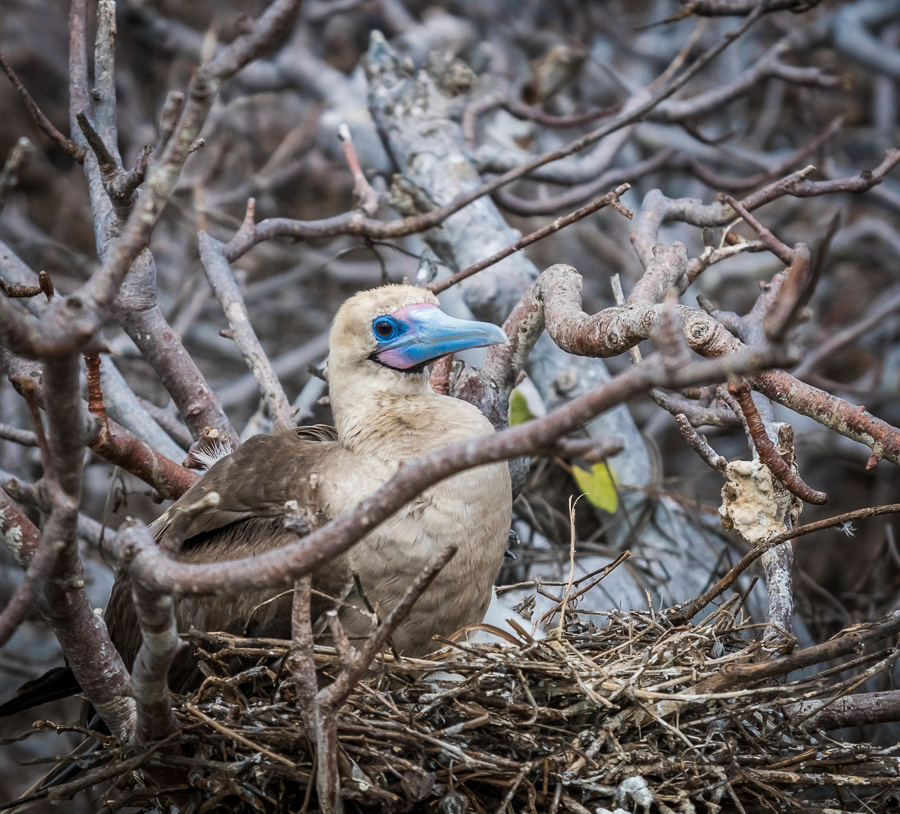 The red-footed booby.  Adults have red feet(see later photo), but the color of their plumage varies.  They are powerful and agile fliers, but they are clumsy in takeoffs and landings. 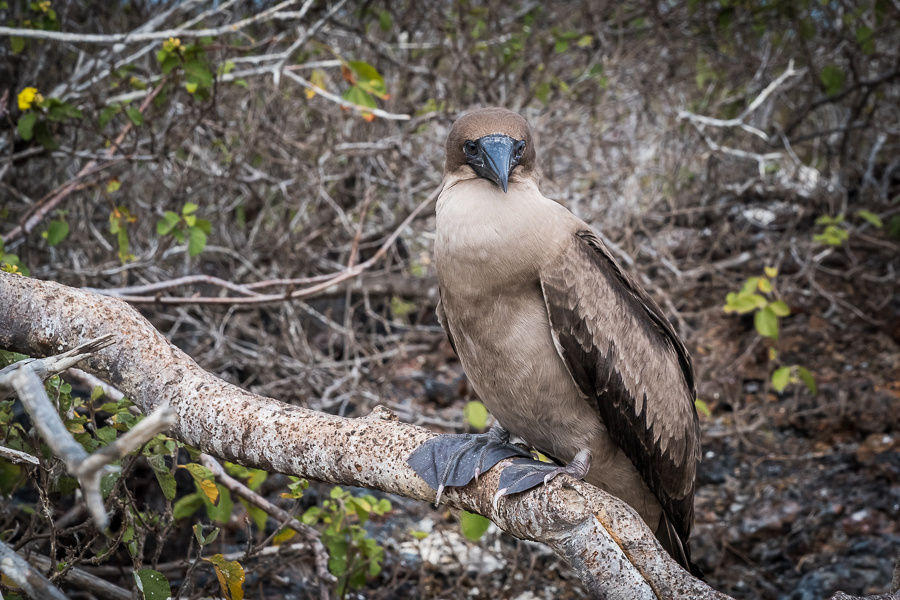 This bird is a  juvenile red footed booby.  Juveniles are brownish with darker wings and pale pinkish legs. 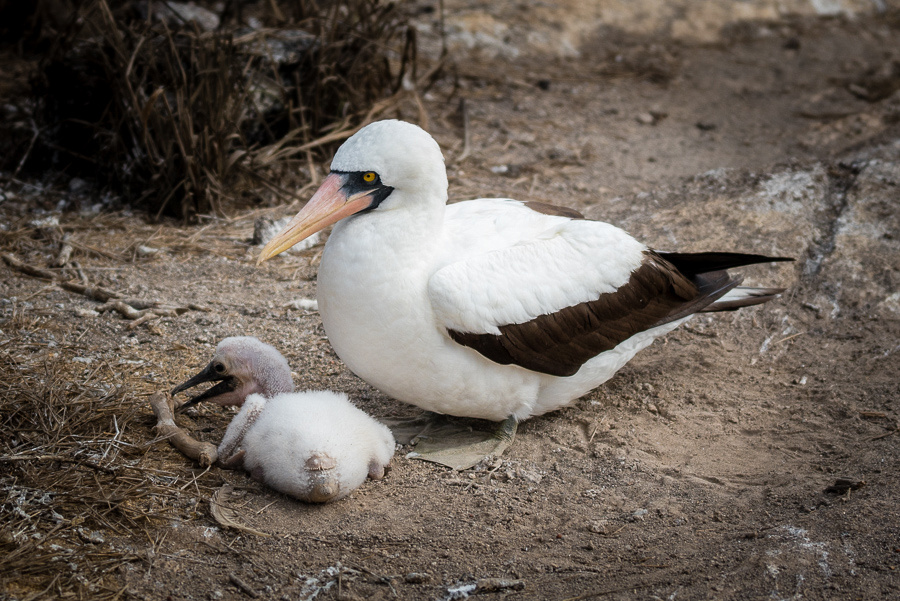 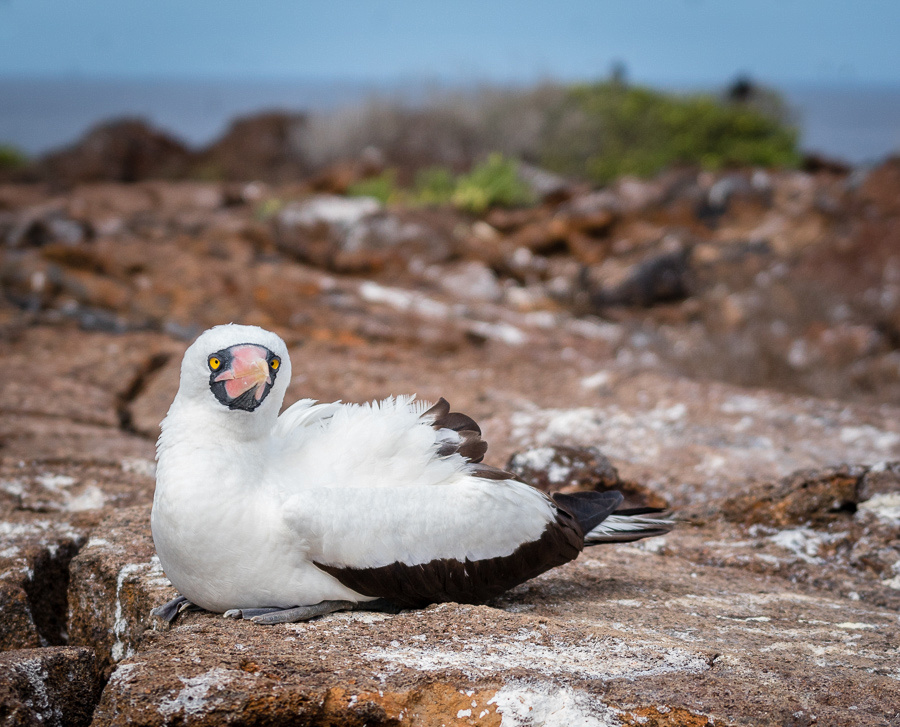 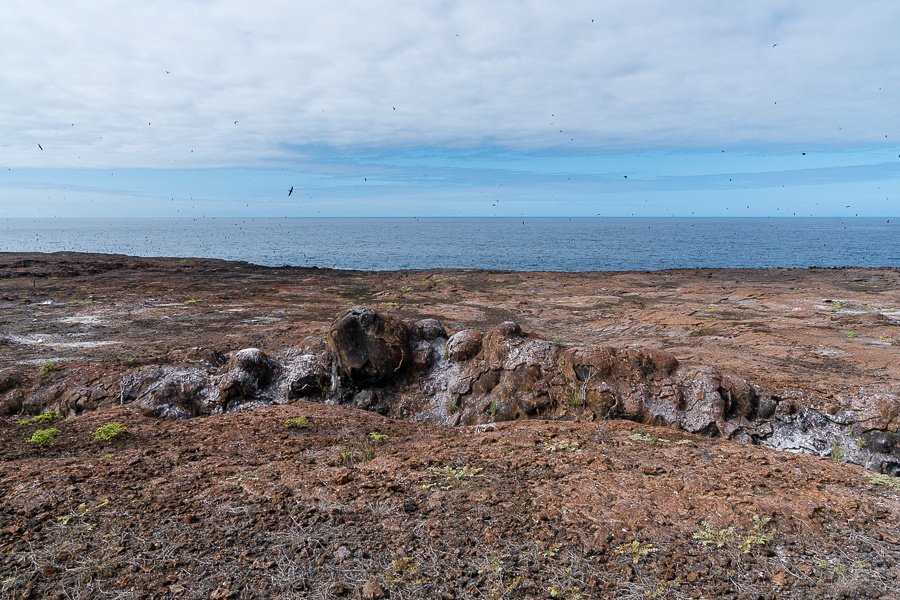 There were birds flying everywhere. 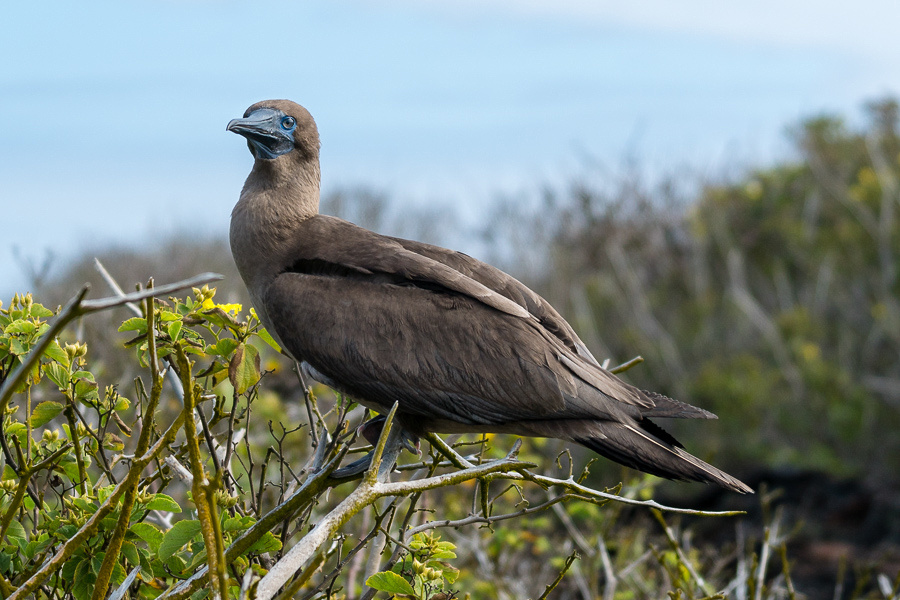 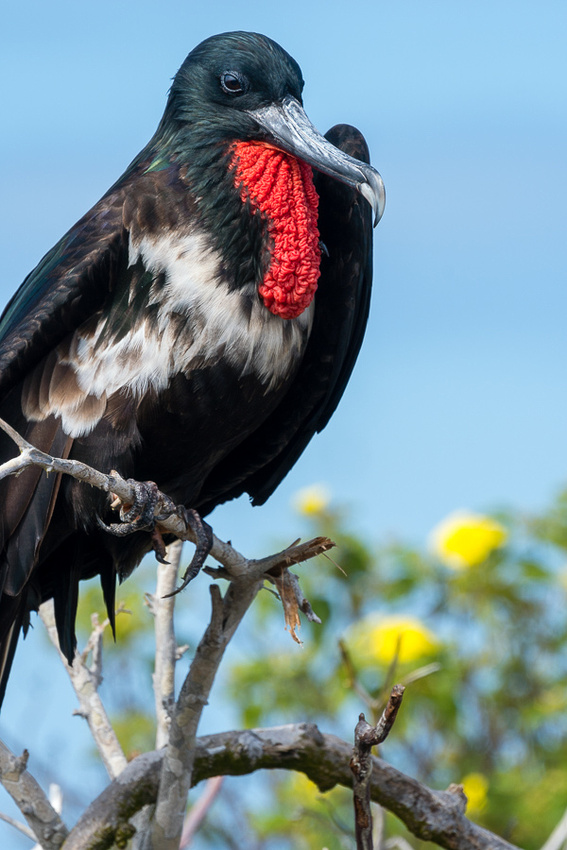 Frigatebirds are found across all tropical and subtropical oceans.    Able to soar for weeks on wind currents, frigate birds spend most of the day in flight hunting for food. Their  main prey are fish and squid. Occasionally they are known to snatch seabird chicks from the nest. 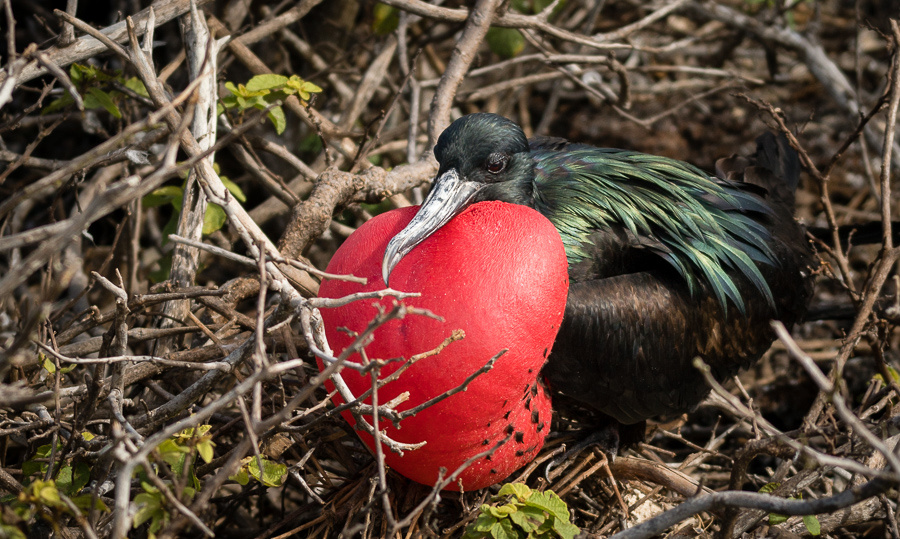 Male Frigatebirds have a distinctive red gulag pouch which they inflate during the breeding season to attract females. 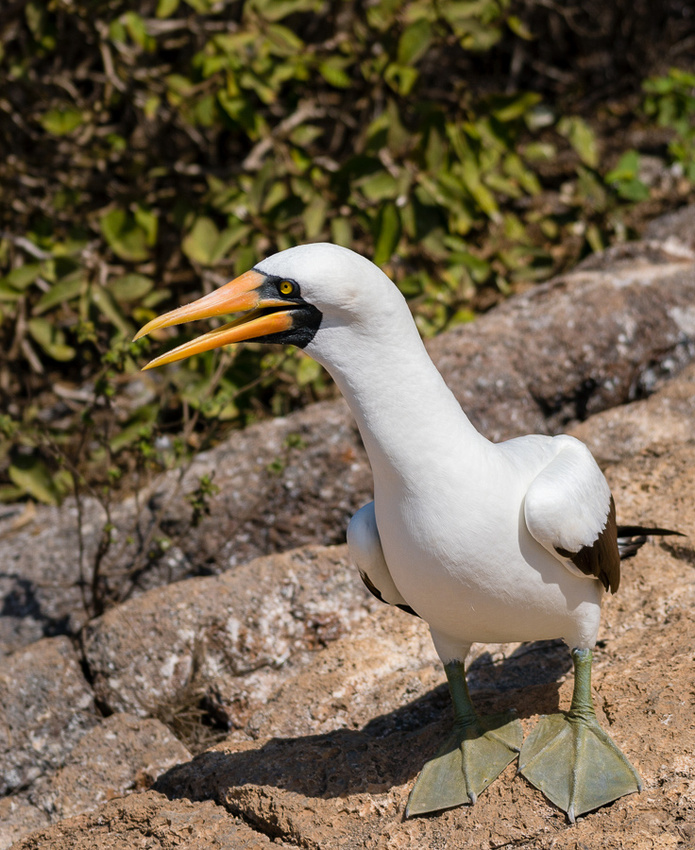 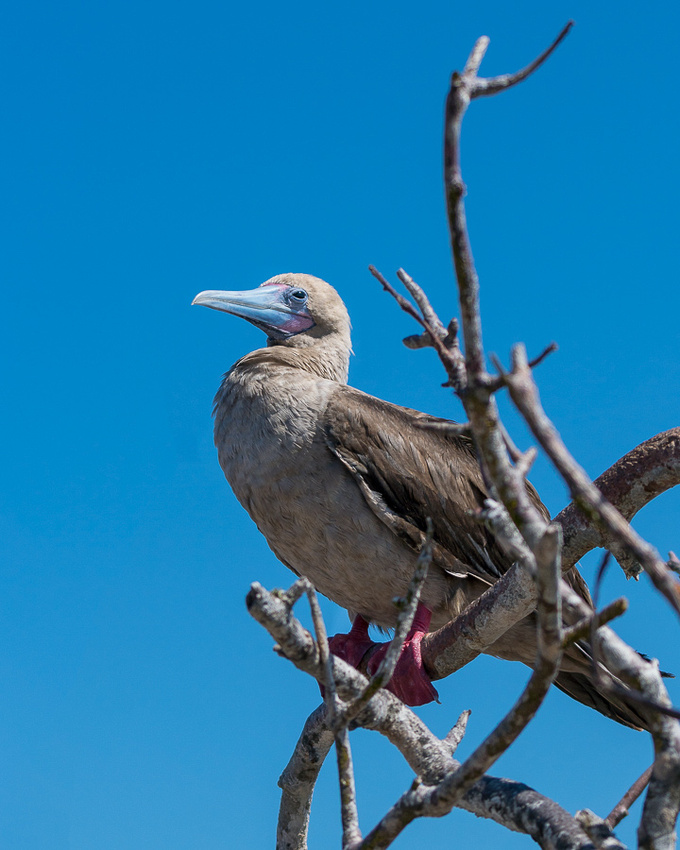 Here you can see where the red footed booby gets its name from. 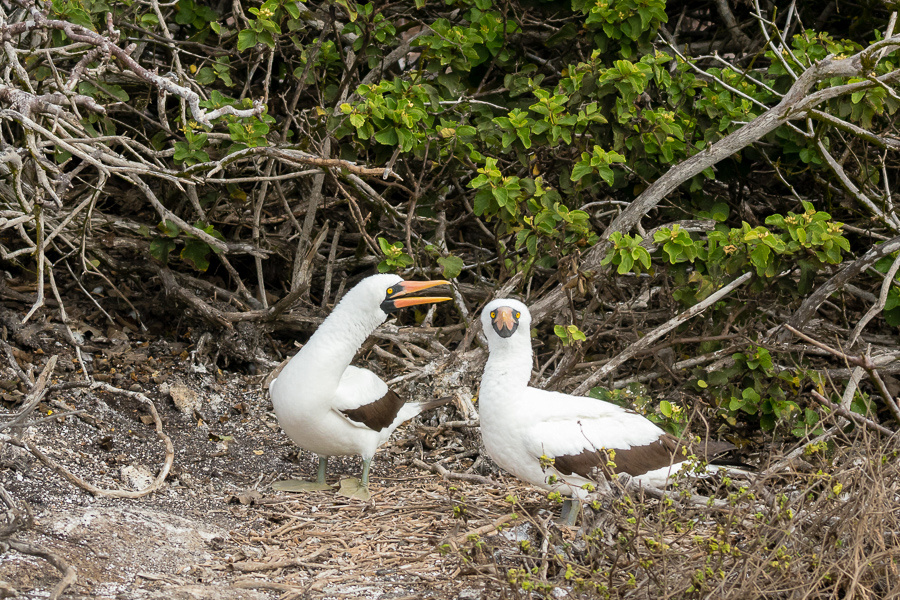 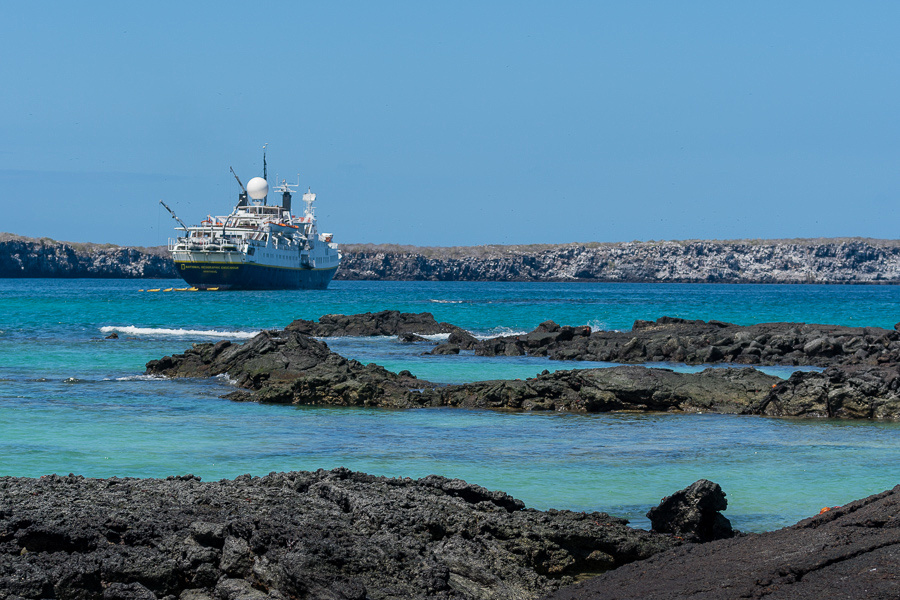 Our ship in the distance. 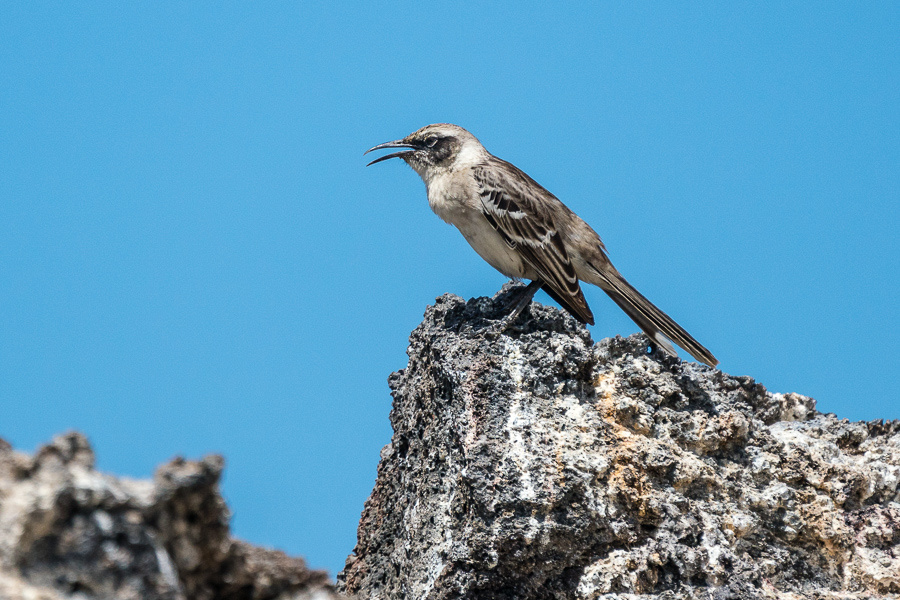 The Galapagos mockingbird.   Mockingbirds are best known for their habit of mimicking the songs of other birds and the sounds of insects and amphibians in rapid succession. 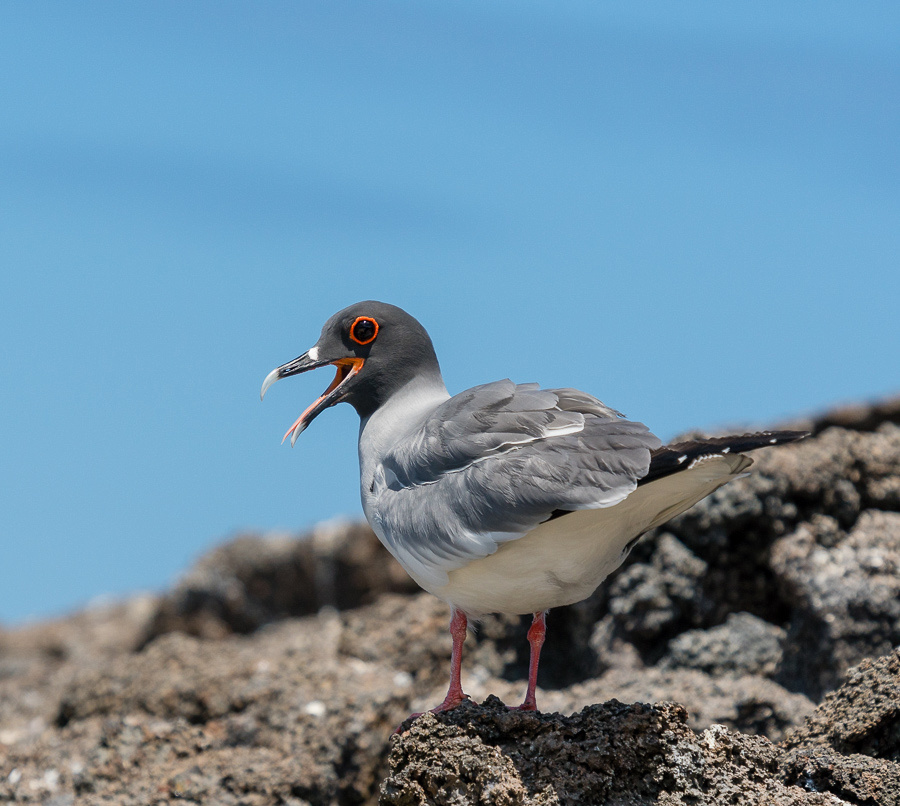 A swallow tailed gull.  These birds spend most of their lives flying and hunting over the open ocean.  Their main breeding location is the Galapagos Islands.  This bird is the only nocturnal gull and seabird in the world, preying on squid and small fish which rise to the surface at night to feed on plankton. 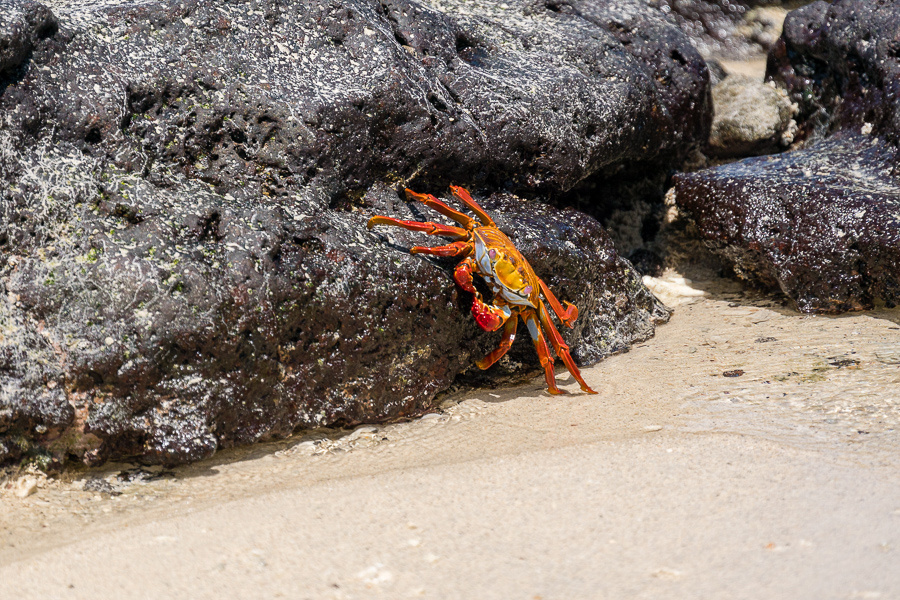 The Galapagos Sally Lightfoot crab is also known as the red rock crab and sally lightfoot.   The body of this crab is very colorful and most adult crabs can be pink, red, brown or yellow in color. 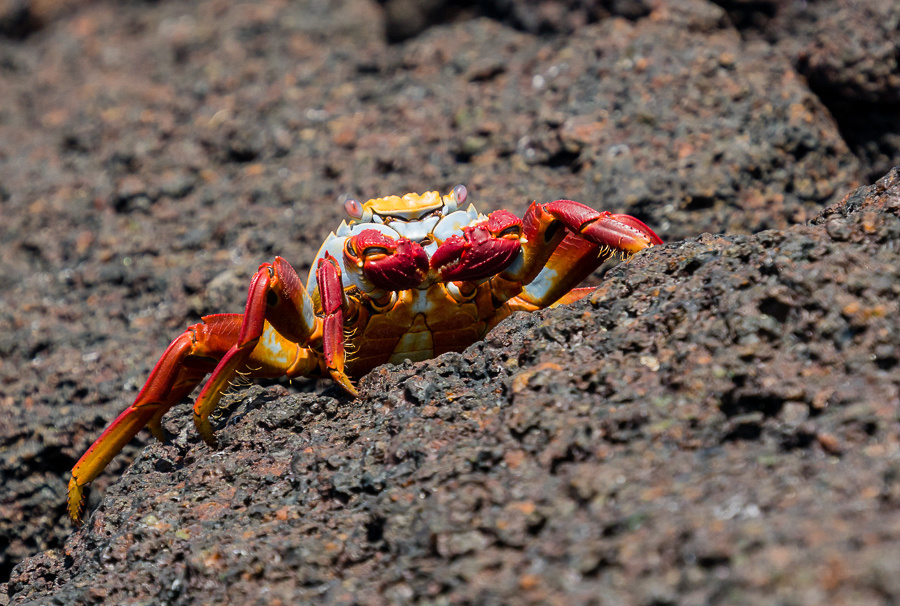 These crabs are very fast-moving and agile which make it hard to catch.  They are not used as a food source for humans, since it is a small crab and not very tasty.  However, they are used as bait by fishermen.