Rethymno's market and a visit to Anogia Village 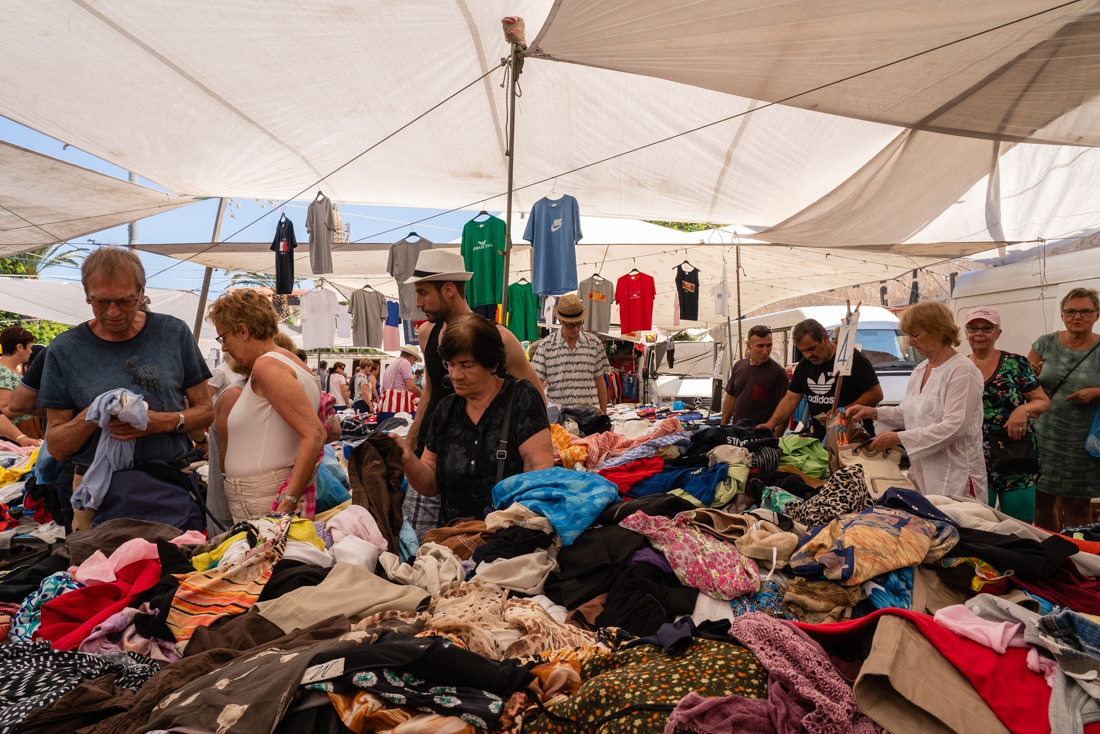 After our tour of the Fortezza Fortress, Jane and I explored the local market in the old town.  Laurie hadn't been able to find a parking spot so the plan was to meet him a little later on. 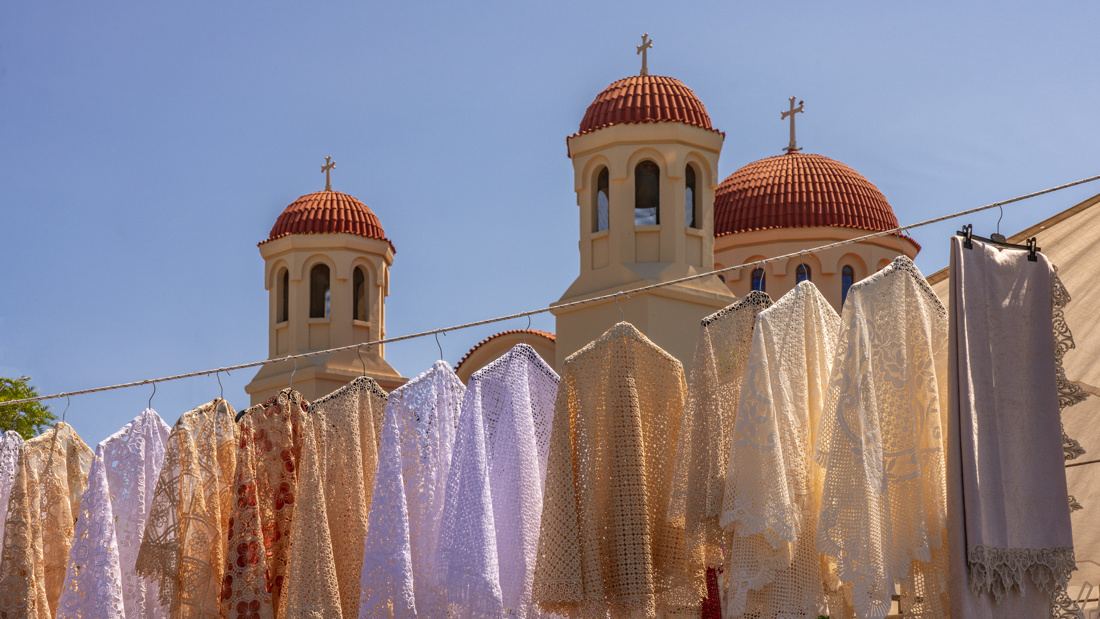 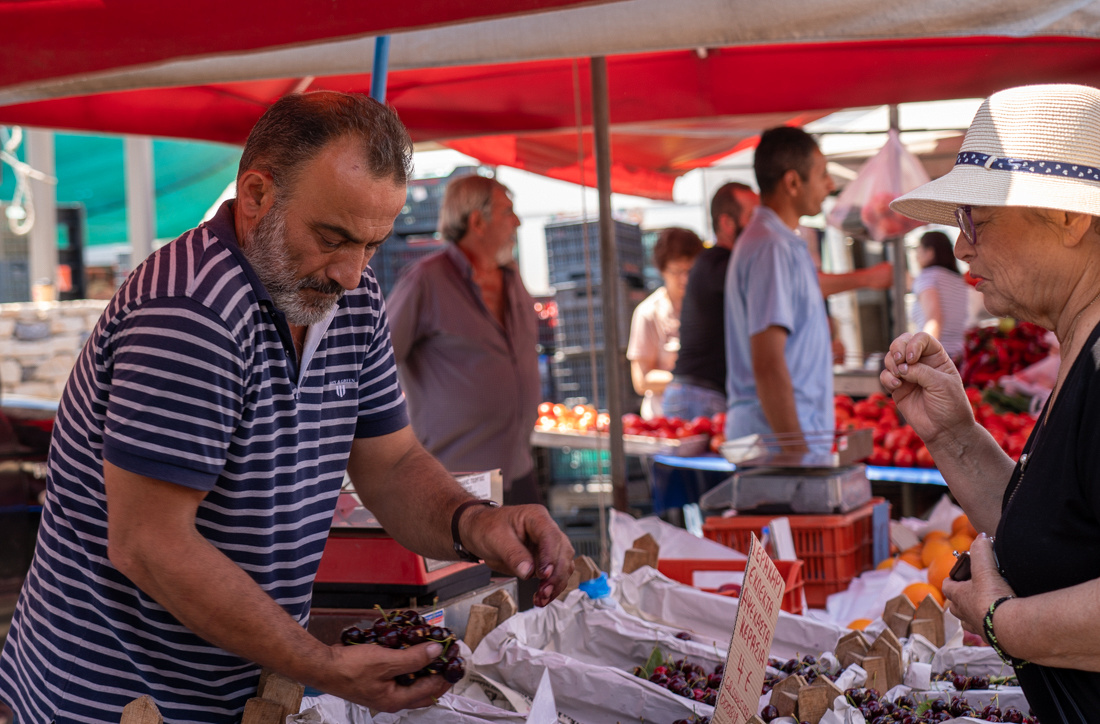 The market had pretty much everything for sale, clothes, shoes and all kinds of food. 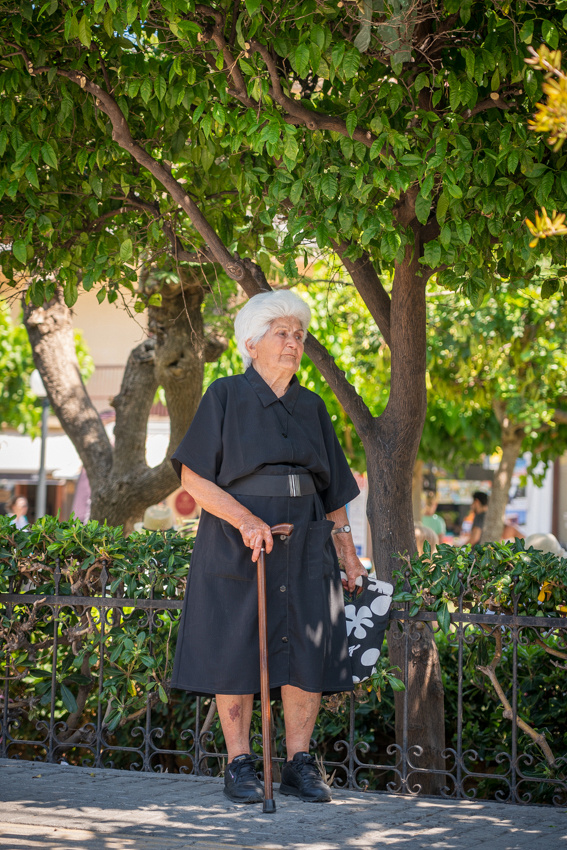 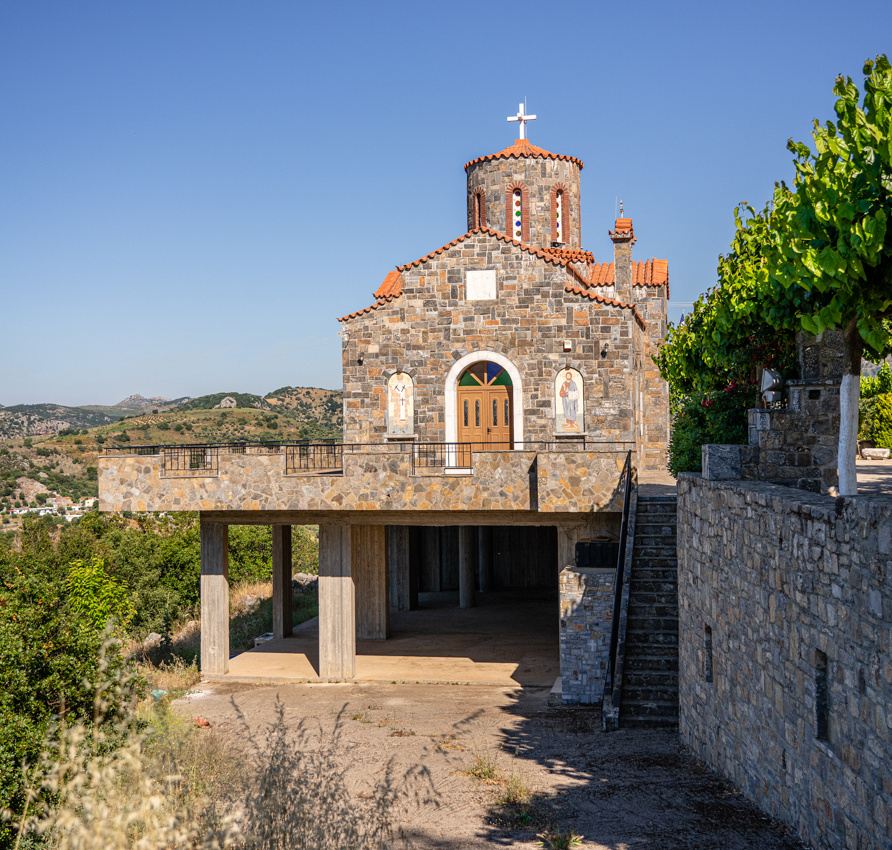 In the late afternoon, we drove to one of the most famous  tourist villages in Crete called Anogia village.   Laurie had been there many years before and wanted to see if it had changed.  Jane and I were happy to leave the city once again and check out another Greek village.  The village  is perched on the slopes of Psiloritis at an altitude of 700m.  On our way to the village, we stopped to check out this church. 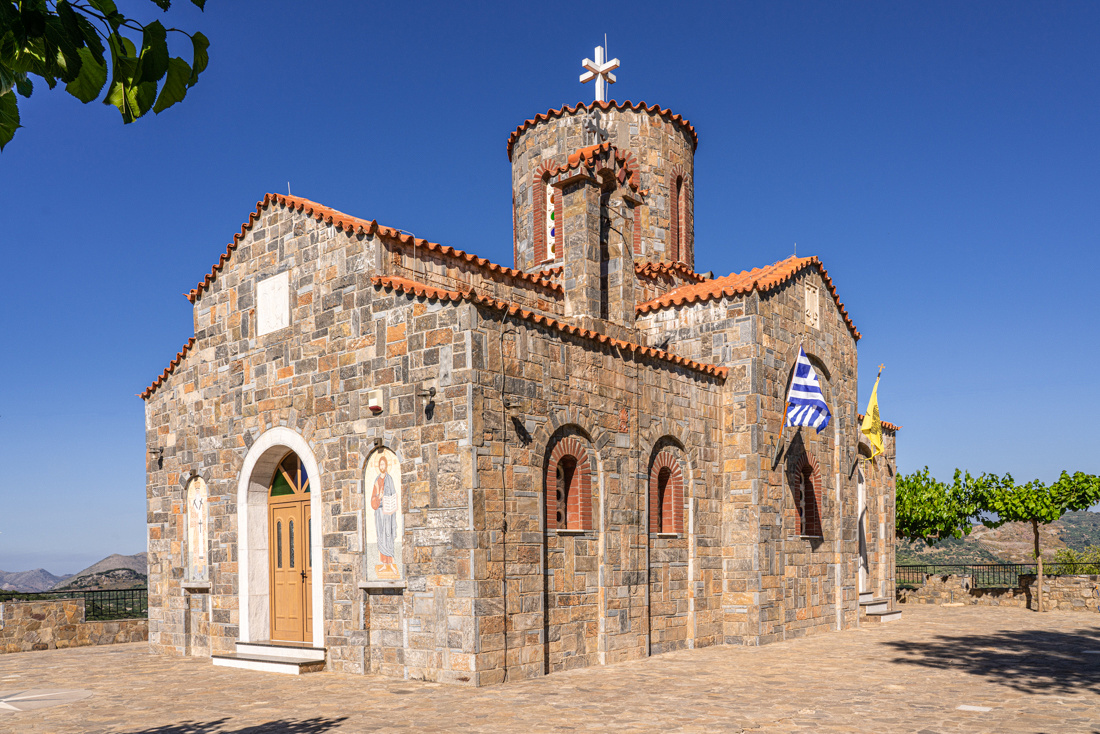 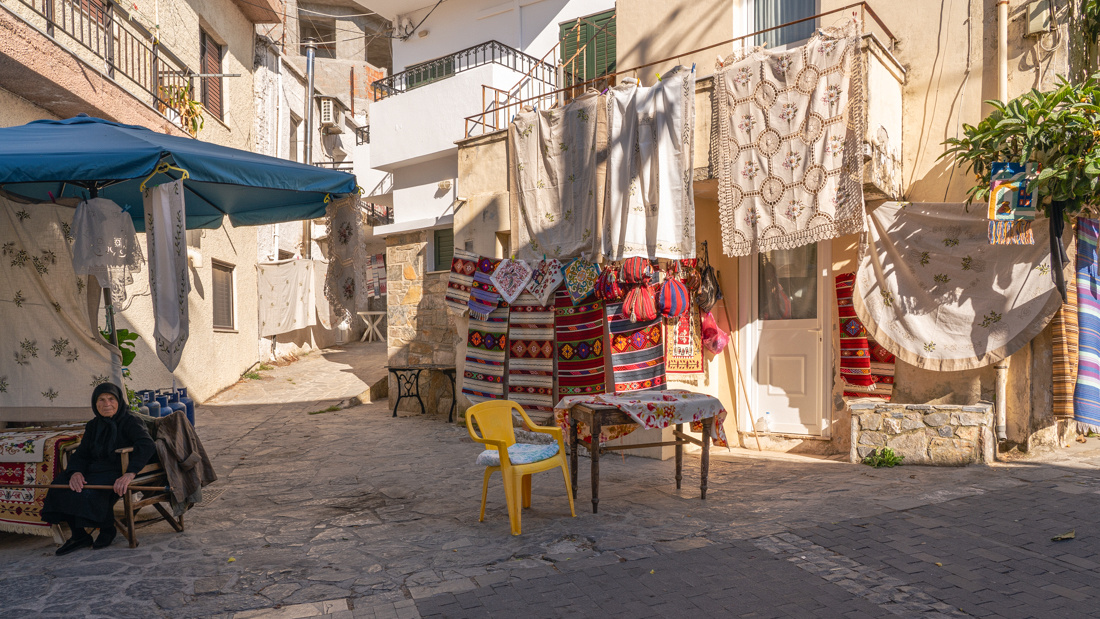 The village is known for its famous Cretan weavings.  In 1944 in Anogia, the "liberation Action Committee" was founded.  The village was the core of the resistance in Crete.  The German general, Karl Kreipe,  was abducted in Anogia, interrogated  and then sent to a POW camp in Canada.  In retaliation for the kidnapping and other resistance moves, the commander of Fortress Crete ordered the demolition of Anogia and annihilation of every male from Anogia in a radius of 1 kilometre.  German troops surrounded the village, arrested 80 elders and sent them to Heraklion and executed nine disabled  persons.  All others were evacuated to the surrounding mountains.  They blew up every single house with dynamite.  About 800 houses became rubble and they burned to death 6 elderly disabled women.  The remaining men fled to Mount Psiloritis to safety.  We were told that the widows began to created linens in order to survive.  This weaving and handicrafts continues to live on in the village. 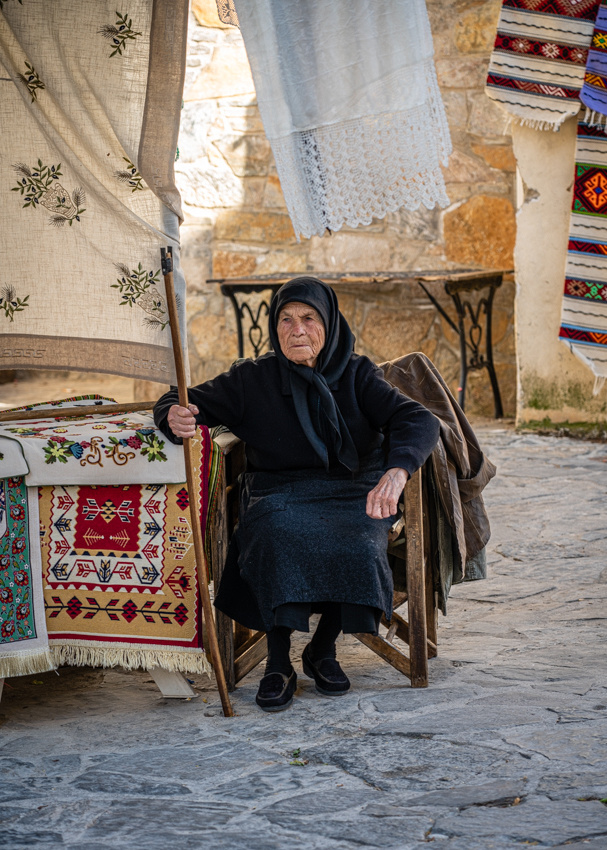 A look into one of the kitchens through the window. 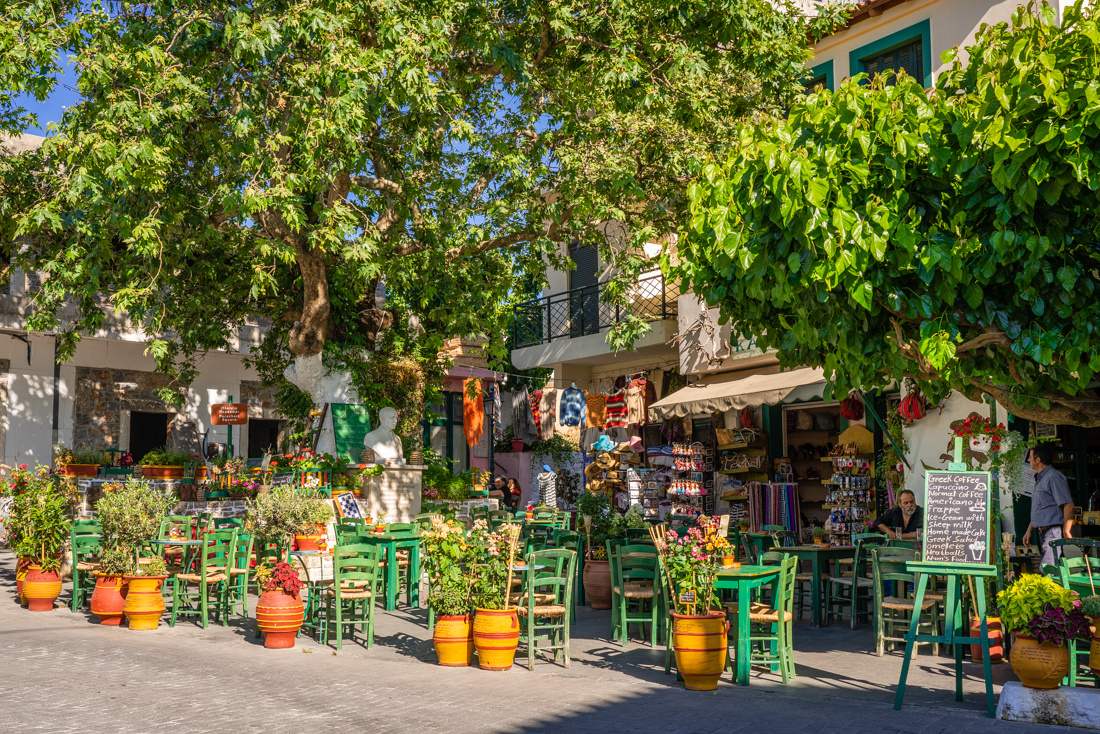 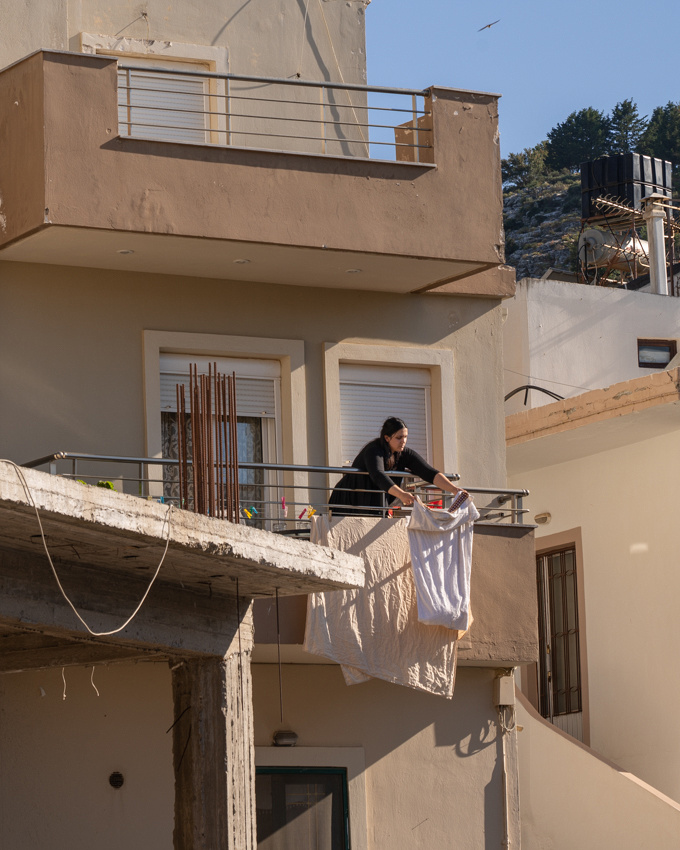 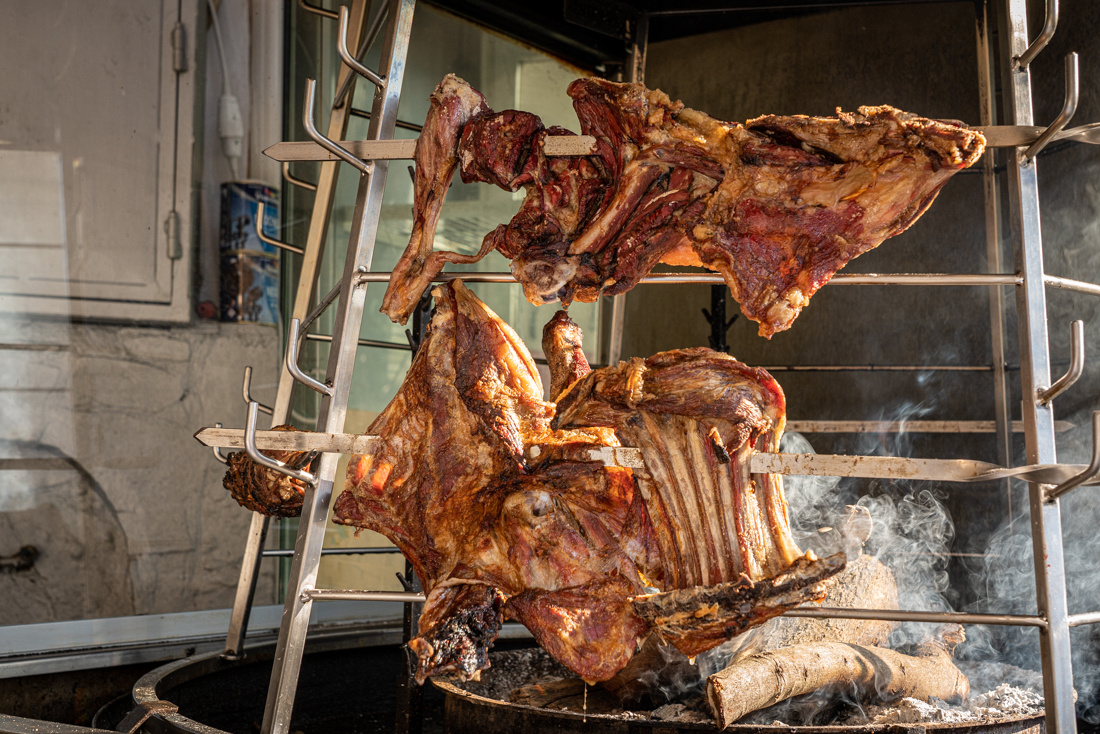 This very nice lady showed us her work. 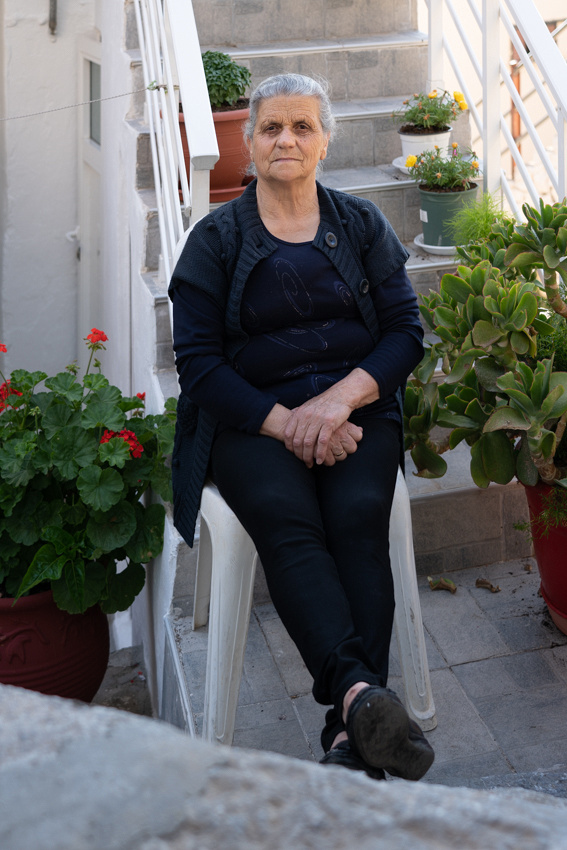 The villagers had no issues with us taking their photos. 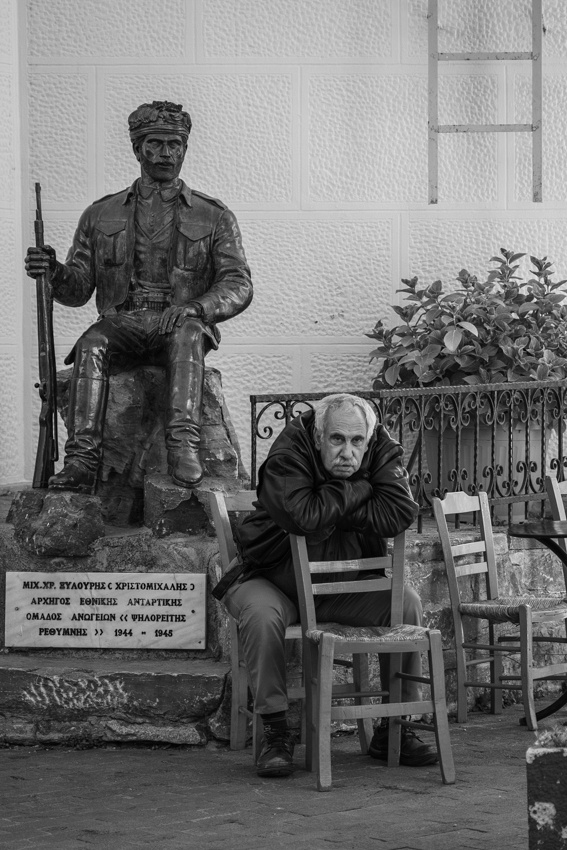 A monument recognizing the contributions of the heroes who died for their country. 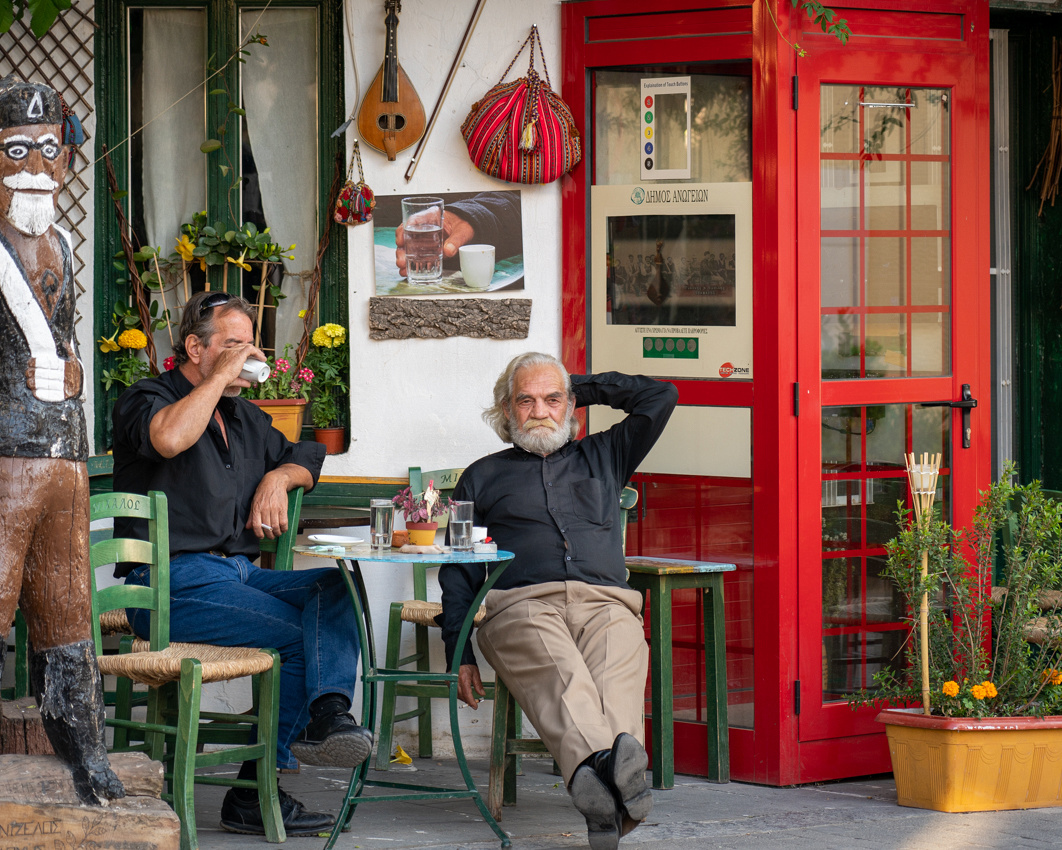 Many of the locals were sitting outside in the outdoor cafes.  Notice the telephone booth in the background which appeared to be working. 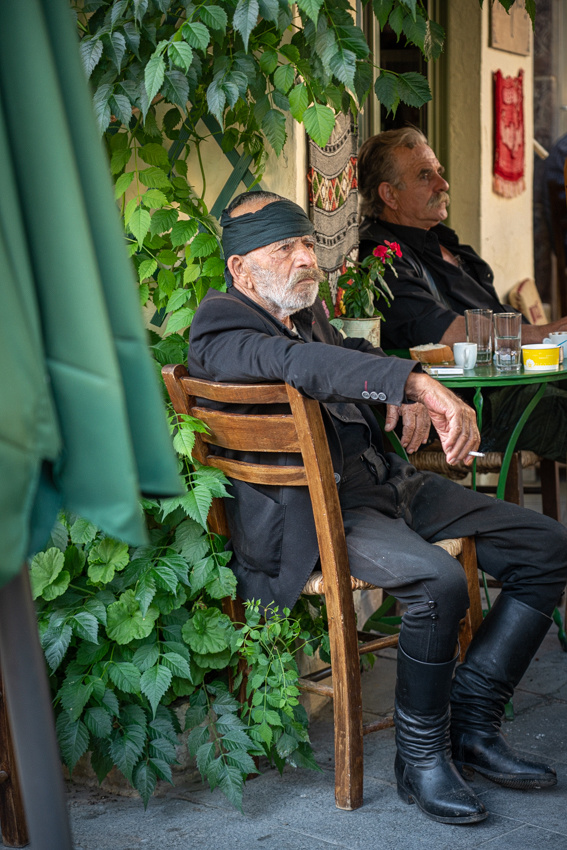 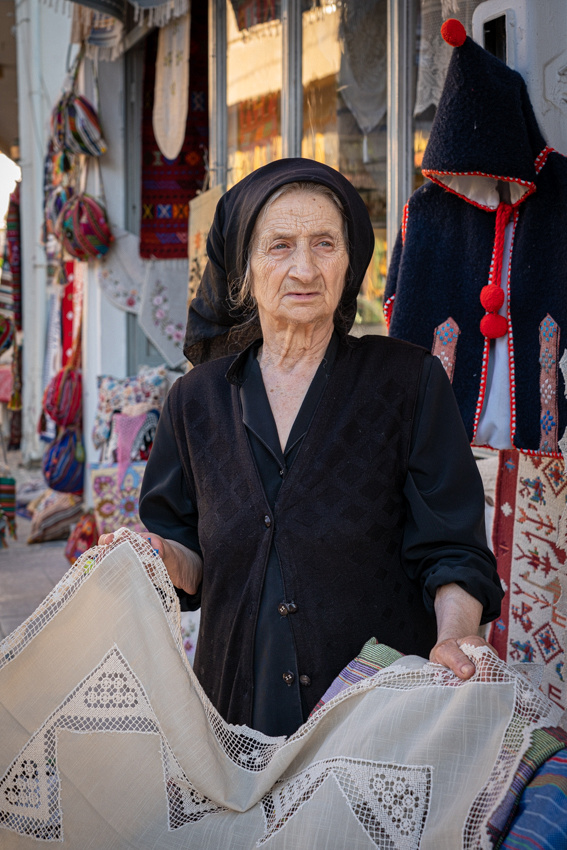 This women's work was exquisite.

We finally made it back to our hotel and I took this shot from my balcony.  I had to hand hold  the camera  because my tripod was in the car.

Wendy(non-registered)
Thanks for the background of these people and their village. I loved seeing the townspeople - through your photographs you really feel that you are also on your trip.
Rita Duchovnay(non-registered)
Reading of the cruelty heaped upon these people made my heart and my mind ache. Stories like this always make feel more appreciative that that I am an American. As always, Marsha, I love your photography. Be well, stay safe. Love you.
Jane Jamison(non-registered)
Thanks for the details of the story of Anogia; I knew the basics, but not as much as you found. I loved this day, and your shots are wonderful. The first widow you captured is a great portrait!
Becky Waters(non-registered)
Love learning about this village history. I had no idea of the atrocities. Your photos are wonderful. Thanks for sharing
No comments posted.
Loading...
Subscribe
RSS
Recent Posts
Melbourne Last blog of New Zealand Fox Glacier Haast Wanaka Queenstown and Glenorchy Moeraki Boulders and Milford Sound Penguins, Seals and Sheep Southern Alps, New Zealand Last evening in Chania
Keywords
Croatia Crete Morocco New Zealand South Island Cuba alberta National Park galapagos
Archive
January February March April May June July August September October November December
© Marsha Fouks