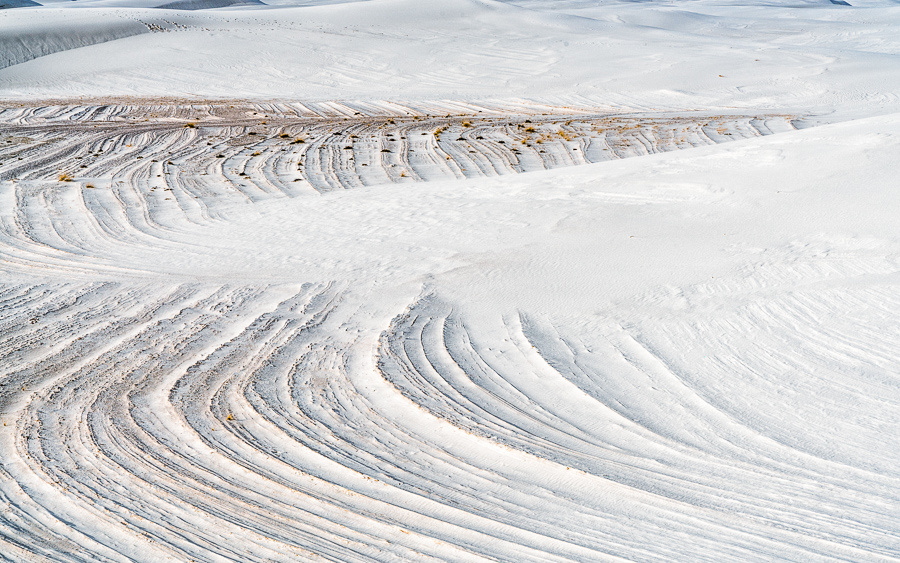 One of my favorite places is the White Sands National Monument which we drive through as often as possible on our road trips to Arizona.  Great wave-like dunes of gypsum sand take up  over  275 square miles creating the world's largest gypsum dune field.   White Sands National Monument preserves a major portion of this area, along with the plants and animals that live there.

I never get tired of exploring this area.  There are several trails you can take but it is so easy to get lost as we found out the hard way one year.   We ended up walking around in pitch dark with very few cars on the road.  We were getting cold and well aware that this was the time that animals come out (we also had Maggie and Katie with us). We were finally helped out by a park ranger so now we are much more careful! 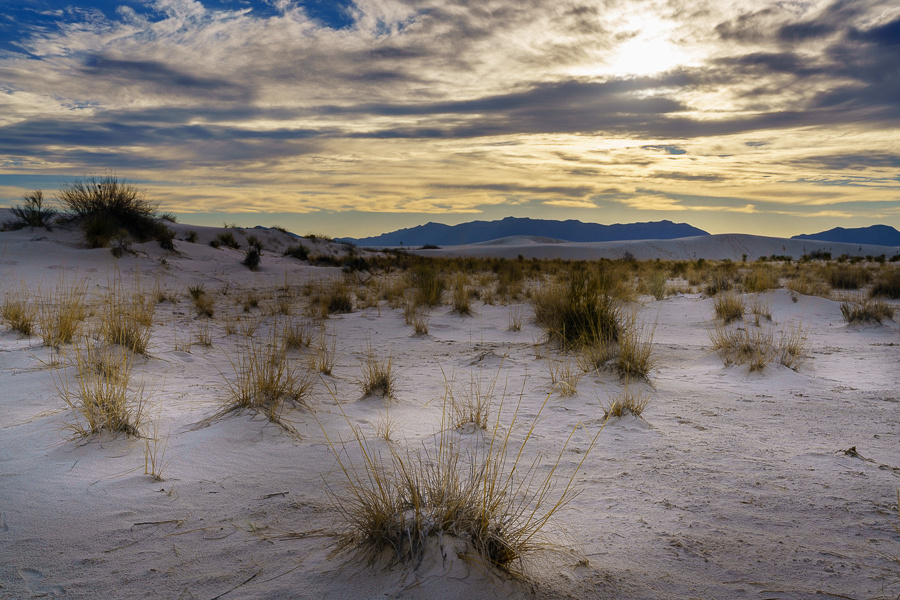 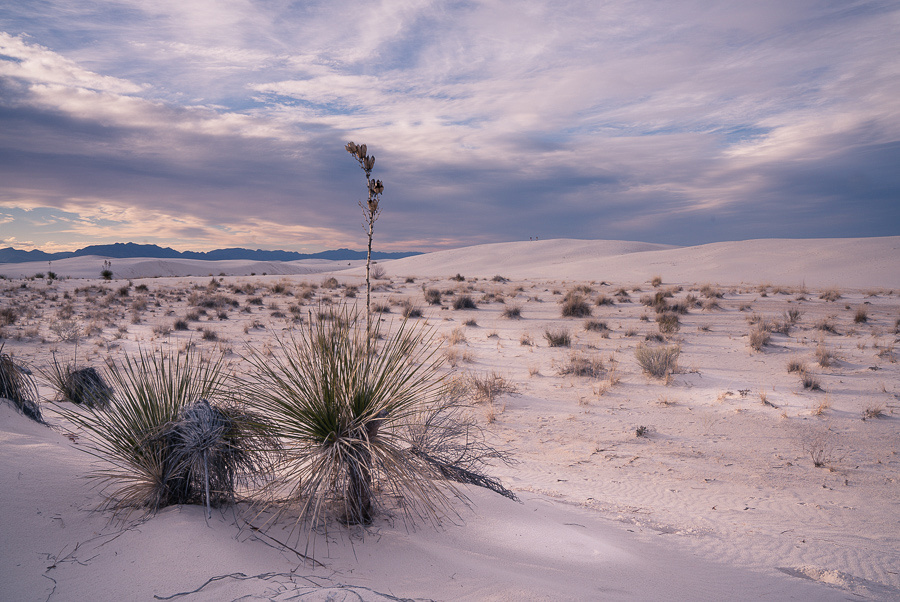 We always try to arrive later in the afternoon for the better light.  White Sands has been featured in many western films, including Four Faces West, Hang 'Em Hight, The Hired Hand, My Name is Nobody, Bite the Bullett and Young Guns II.

It is a very peaceful area.   Because of its vastness, it is fairly easy to get away from the crowds.  However, the Monument is completely surrounded by military installations (White Sands Missile Range and Holloman Air Force Base have  always had an uneasy relationship with the military).  Missiles have often fell on the WSNM property, in some cases destroying some of the visitor areas.  The Monument is closed on days where there is missile testing.  Fortunately, we have never run into that problem but we have been there at times when it is too windy to photograph and even walk around with all of the sand blowing all over the place. 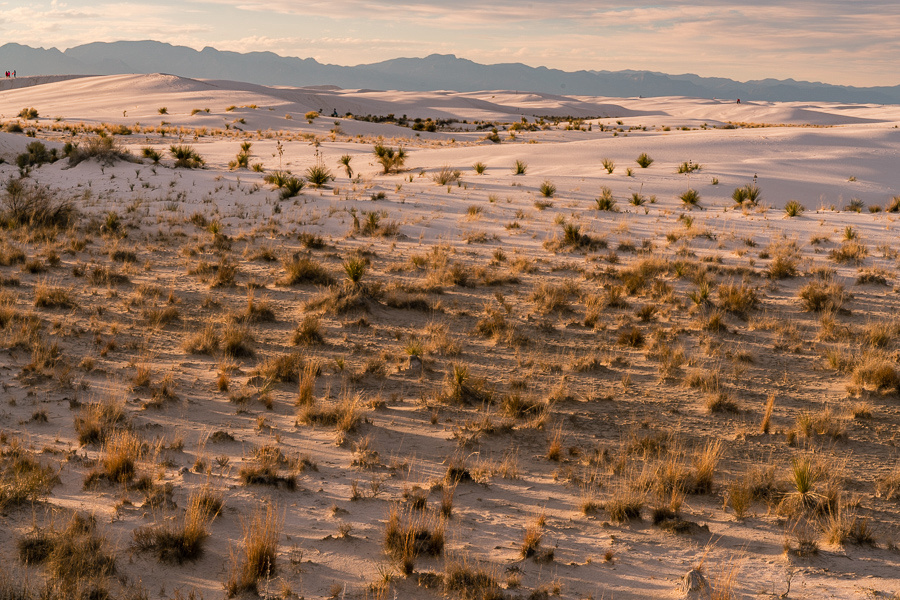 WSNM was placed on the tentative list of World Heritage Sites on January 22, 2008.  However, the application was eventually withdrawn due to a fear that if the designation was received, there would be international pressures that could stop military operations in the area. 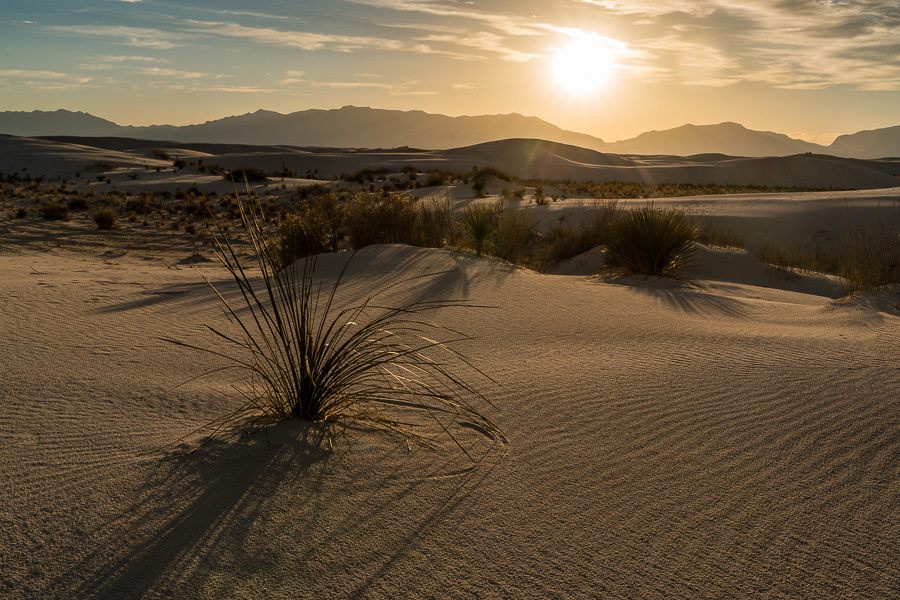 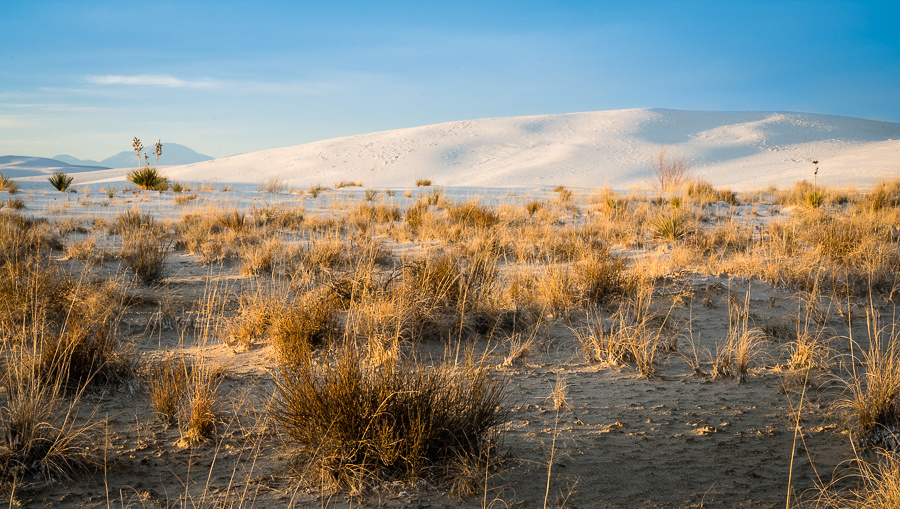 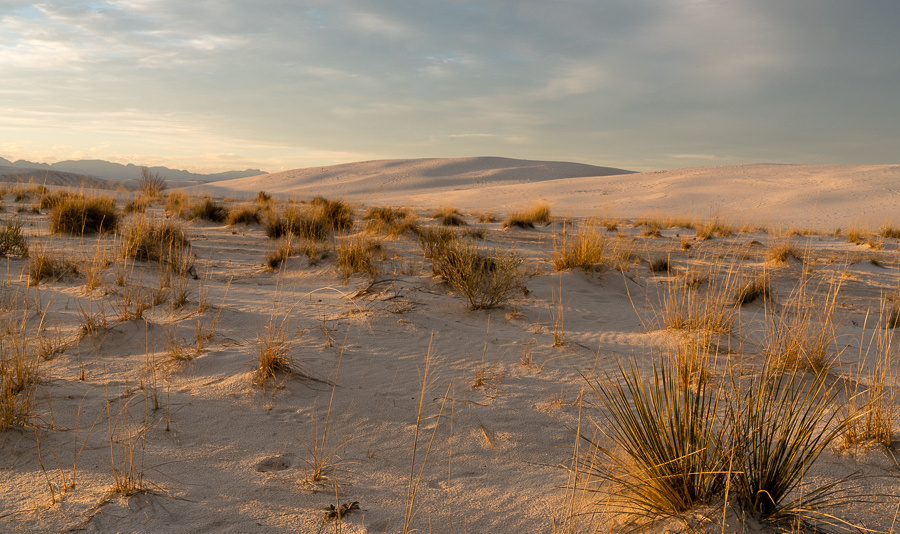