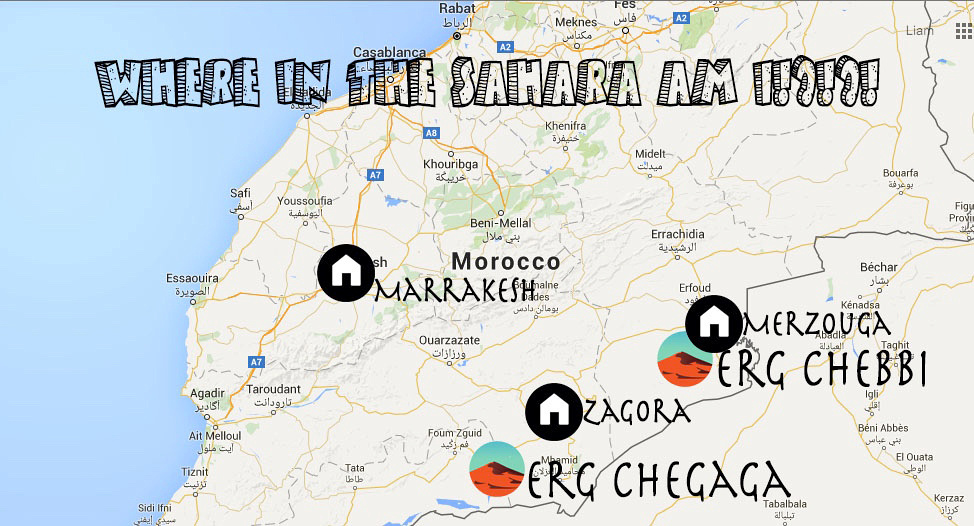 Later in the afternoon we photographed more of the dunes in Erg Chebbi.  The next morning we reluctantly said goodbye to the sand dunes and drove to Erfoud which is famous for its dates and fossils.  We then continued on via the Ziz Valley to Midelt with a view of the Middle Atlas Mountains, heading east via Ifrane to Fez.  If you look at the top of the above map, about 2/3rds to the right you can see where Fez is located.  As you can see it was a long driving day.

We had planned to go hiking in the dunes again but a sandstorm came up so we decided to take a drive to a different section of the dunes.  You can tell it was a bit hazy from the sand blowing. 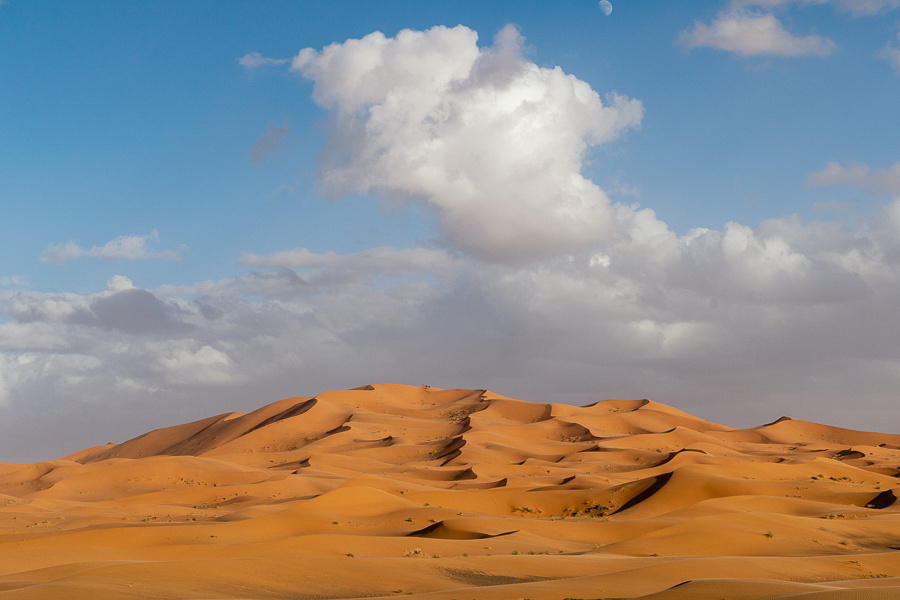 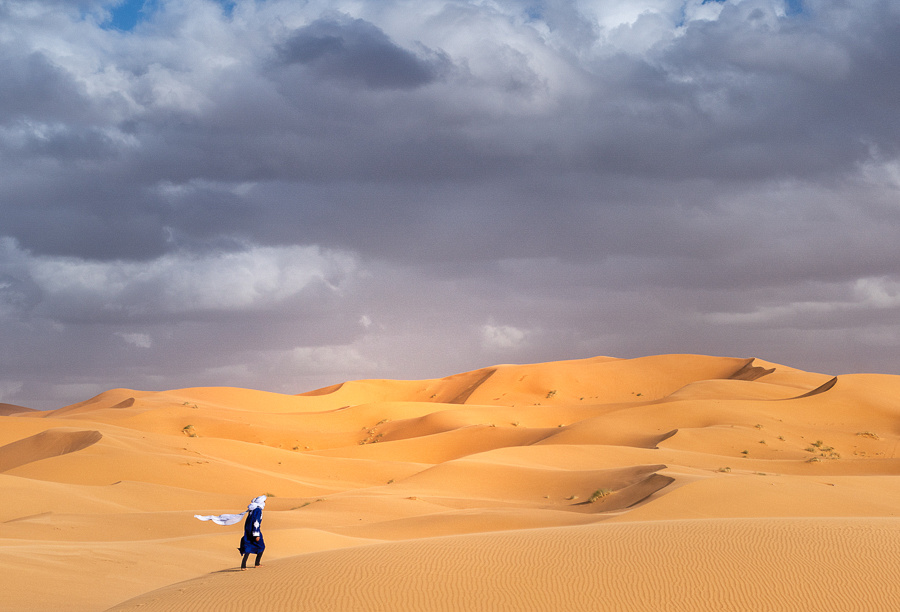 You can just how windy it was by observing the blowing turban.  It was actually worse than it looks.  We were all a little concerned about the sand getting into the cameras. 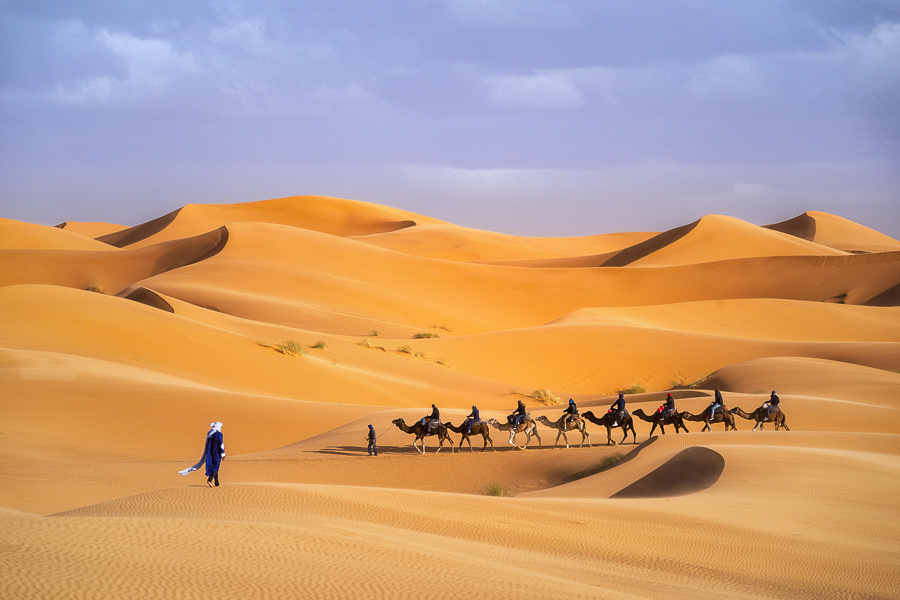 Because of all of the wind we were happy to just observe as opposed to walk in the dunes.  However, our fearless driver was happy to walk for us.  We watched the caravan of camels, so happy that we had our ride the day before without the wind. 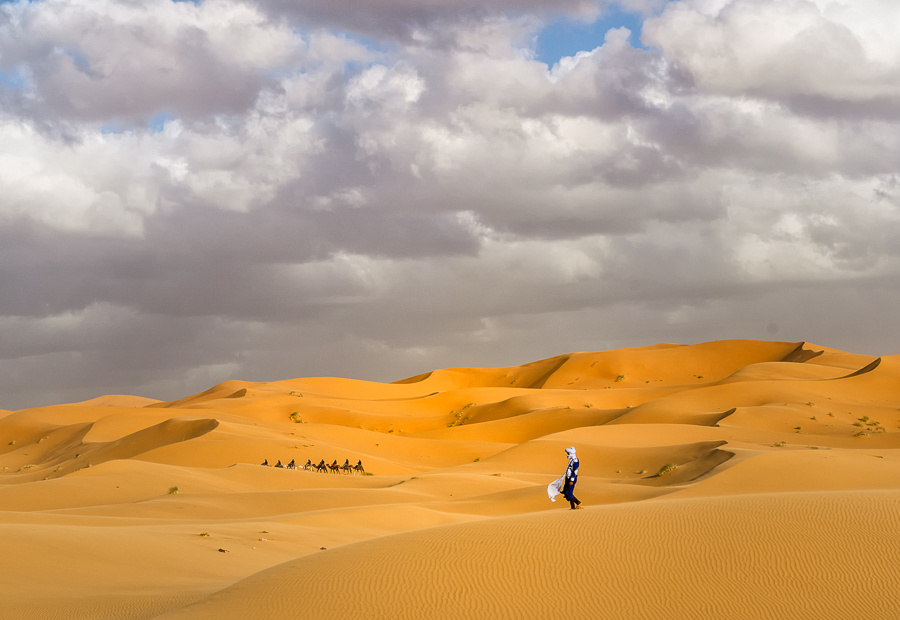 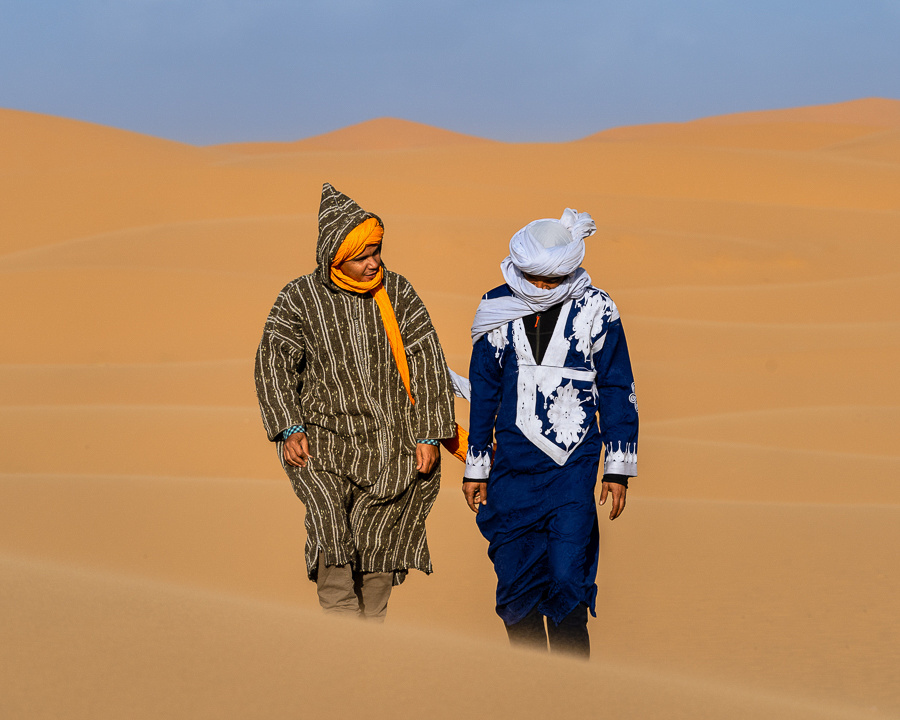 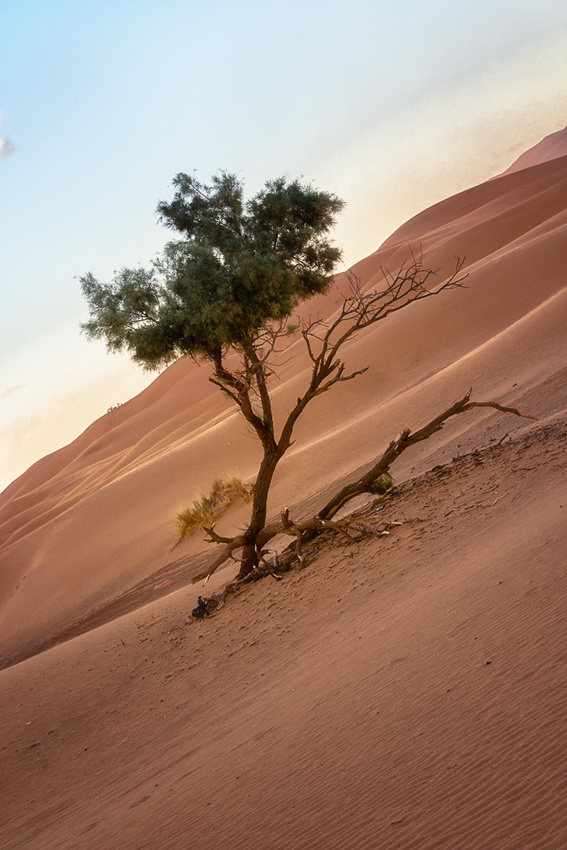 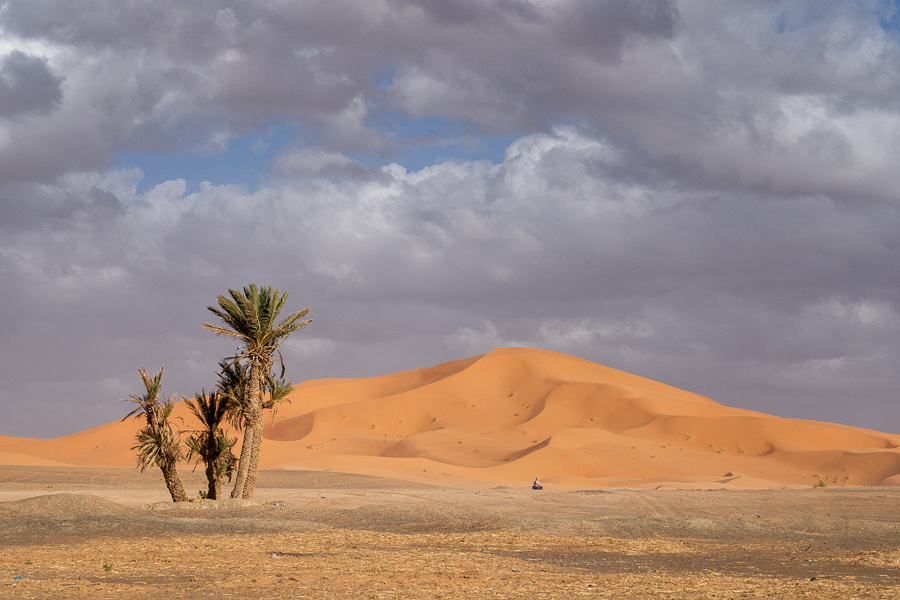 We drove back to the hotel and I wandered over to the dunes behind the hotel for one last look since we were leaving the area in the morning. 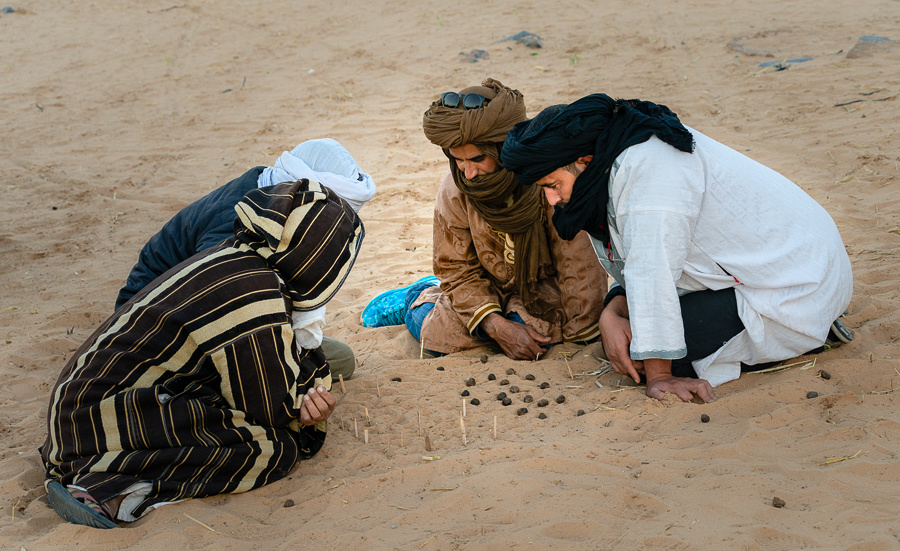 I came across a game of some kind in the sand.   I have no idea what they were playing but they had no problem with me taking a photo. 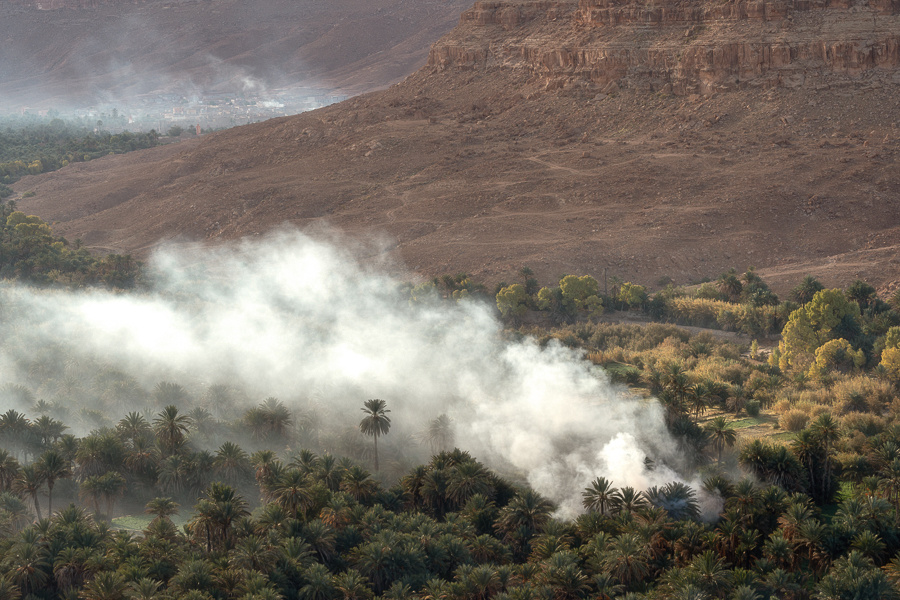 The next morning we continued on our journey to Fez. This was going to be our last view of palm trees for a while as we were about to drive through the Middle Atlas Mountains.  I'm not sure what all of the smoke was about. 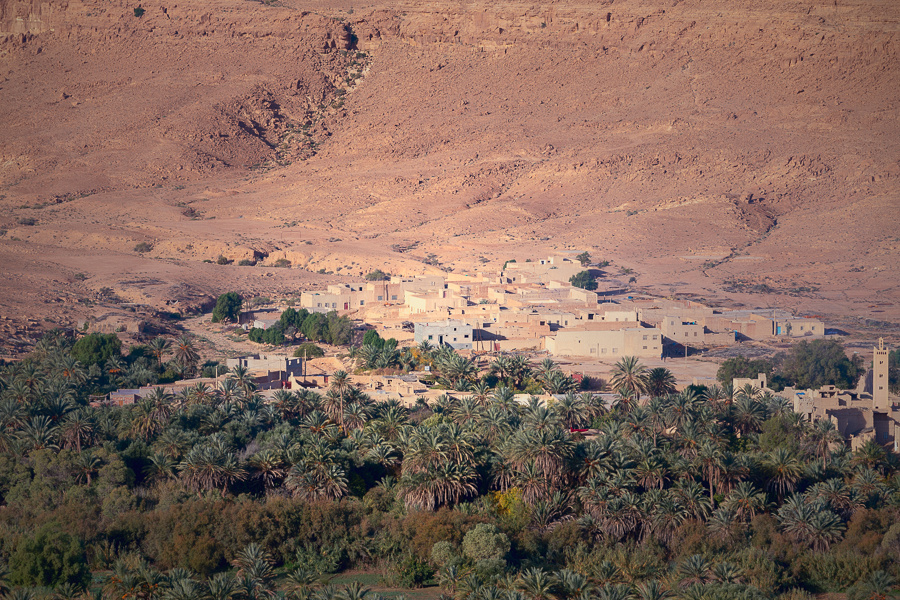 I noticed on our travels that many houses seemed to be missing a top floor.  I was told that people continued to add to their houses when they had enough money. 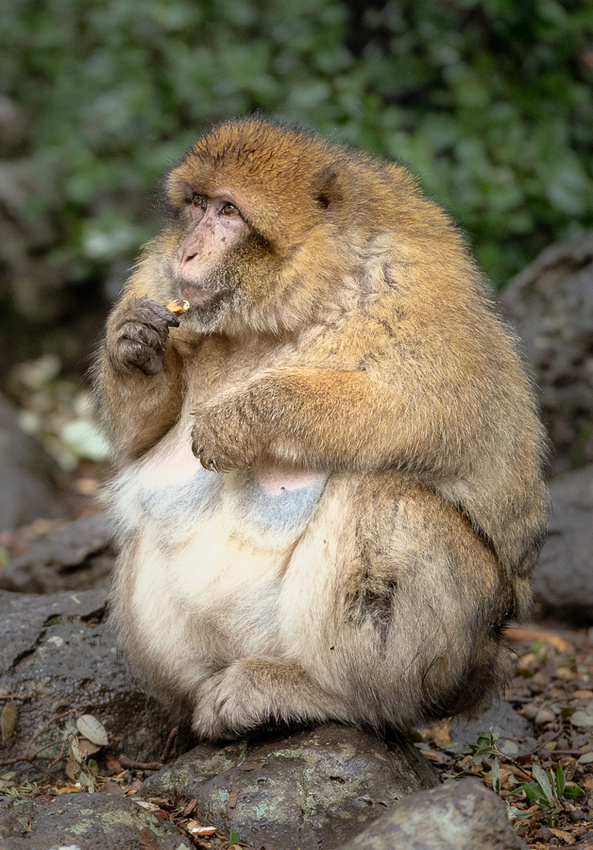 The weather actually turned pretty nasty with lots of rain (and  some snow) as we continued on our way.  There is a forest area that we drove through  where you can find Berber monkeys.  It was still raining so we were kind of thinking of just driving on but one of our members decided that we should stop to at least look.  It was a good decision  as it was fun to watch the monkeys for a while (until the rain started to get pretty heavy).  There were a lot of monkeys (and  dogs) just hanging around and pretty much just ignoring the people.    Apparently these monkeys thrive in the groves of cedar trees. 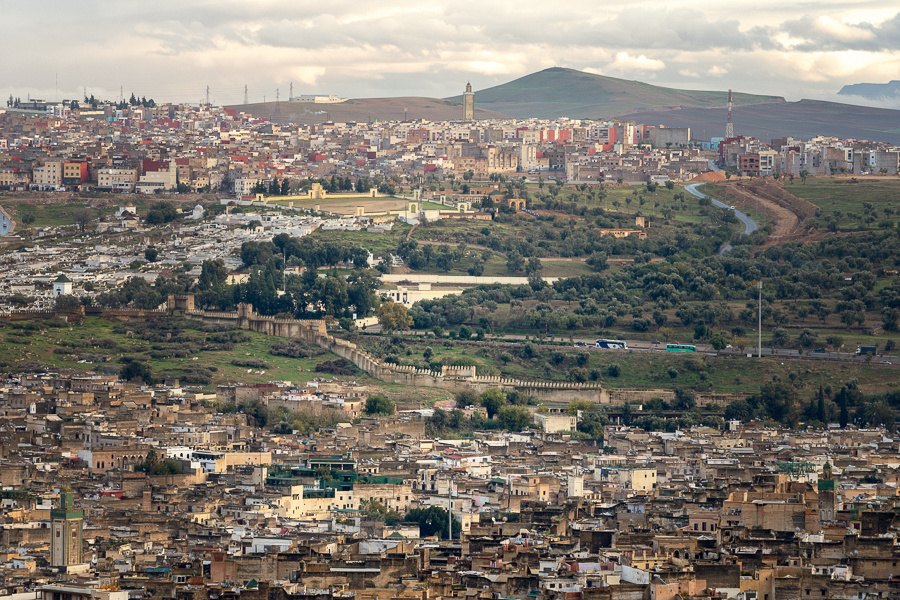 We arrived in Fez in the late afternoon (still raining).  This was the view from our gorgeous hotel. Fez was the capital of the Kingdom of Morocco until 1927.  Fez has the best preserved old city in the Arab world, the sprawling labyrinthine Medina of Few-el-Bali, which is also the world's largest car free urban zone.  Within the Medina transports of goods is provided by donkeys, mules and handcarts. 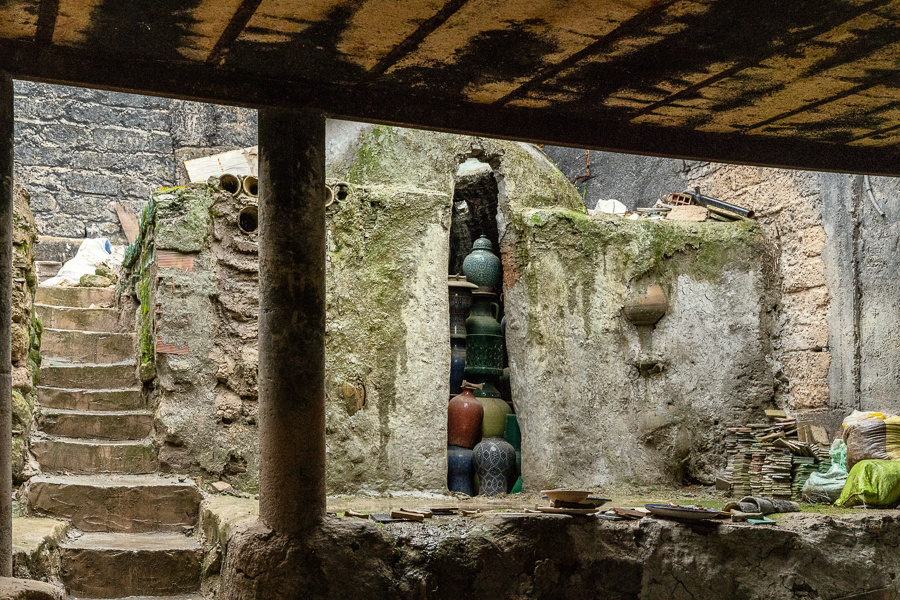 The next day, our first stop  was a  well known pottery shop where we watched the artists.  In this photo, I was standing under shelter from the rain. 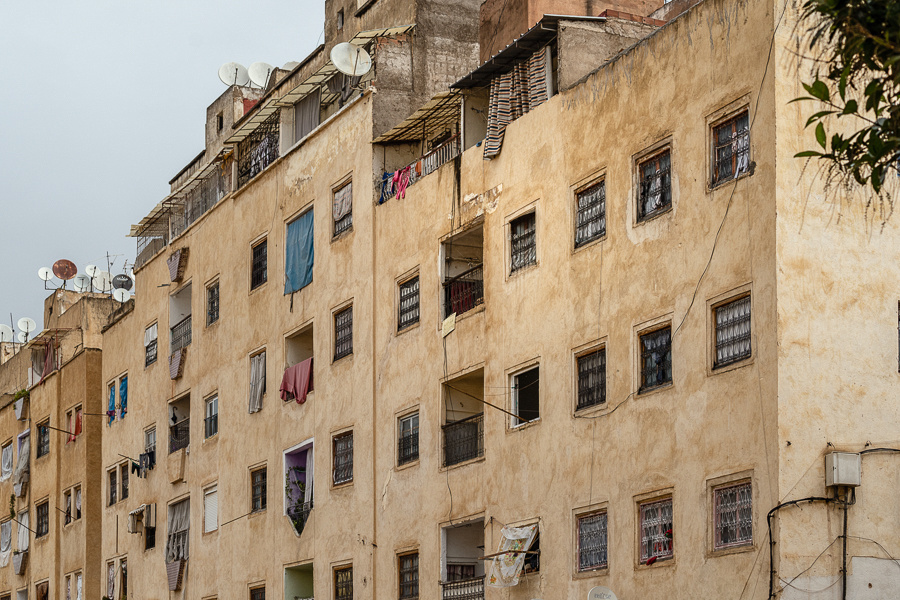 Next we visited the leather tannery in Fez.  I took a photo of the nearby apartments. 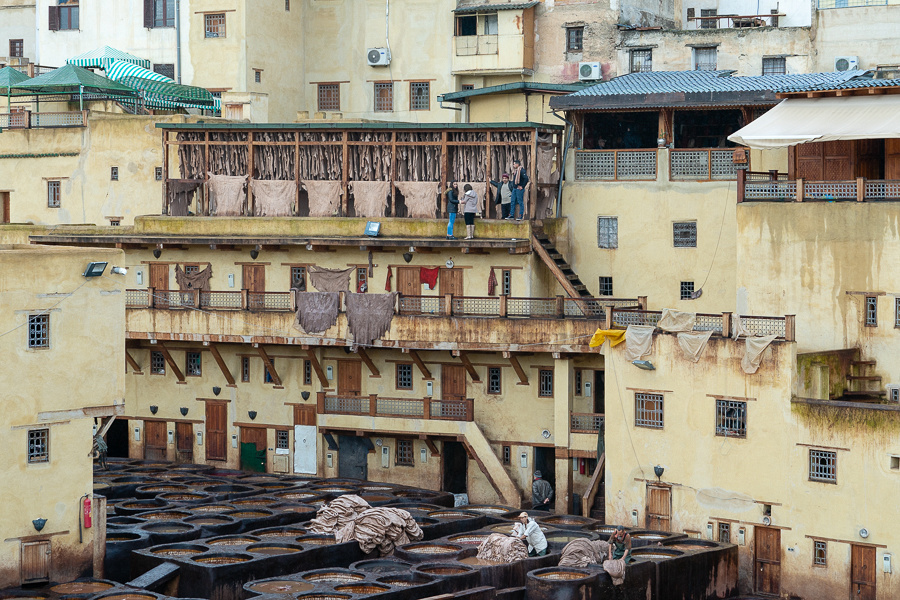 Moroccan leather is colorful, soft and naturally dyed.  The actual process of softening/dyeing/drying is labor intensive and a real eyeopener.  We visited the Chourara Tannery in the Fez Medina who produce highly prized leather goods sold around the world.  We were able to watch the operation from an outside balcony.

The white pits are used for cleaning and softening.  The skins are brought by donkey to the tannery and they are dipped into a mixture that includes cow urine, pigeon poop, salt and quicklime.

These circular pits looked like a paint set.  The colourful dye pits use poppy seed, saffron, henna and indigo as colour agents for the leather  which is soaked then lifted out for drying. 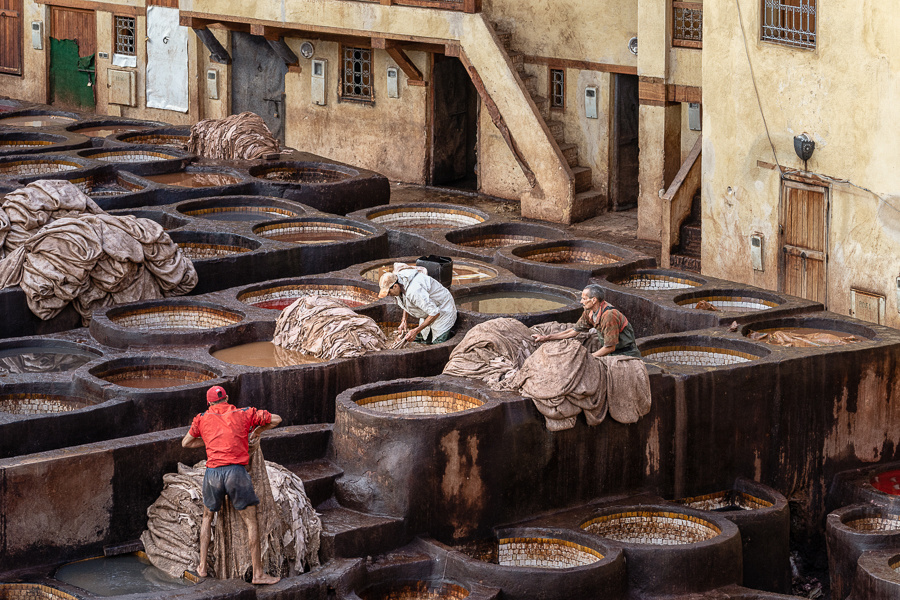 We were told that workers are mostly  born into the job, and the work is organized as old guilds would have done with men mastering and maintaining specific goals.  I believe that standing in and working with chemicals all day long leads to frequent health problems so not only is the work difficult, it is also unhealthy. 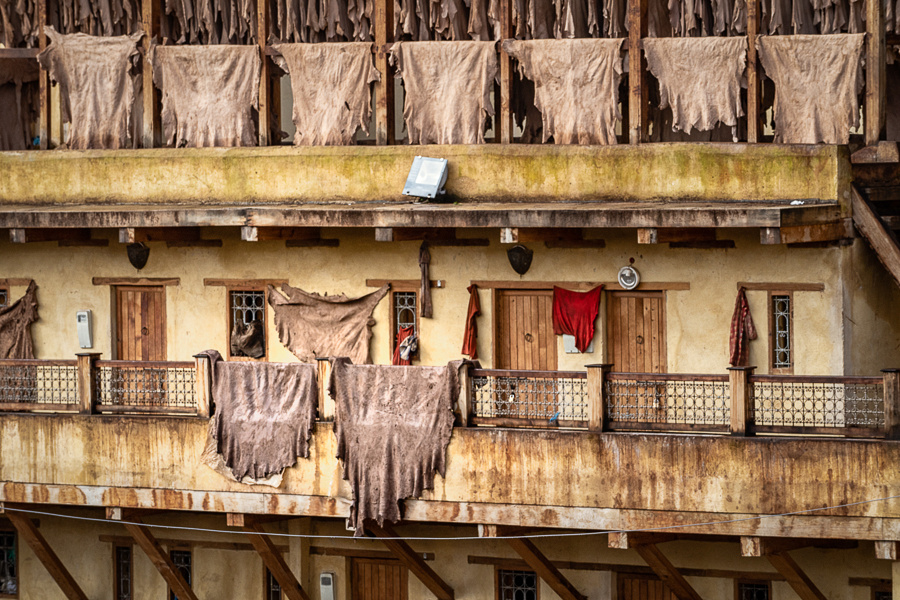 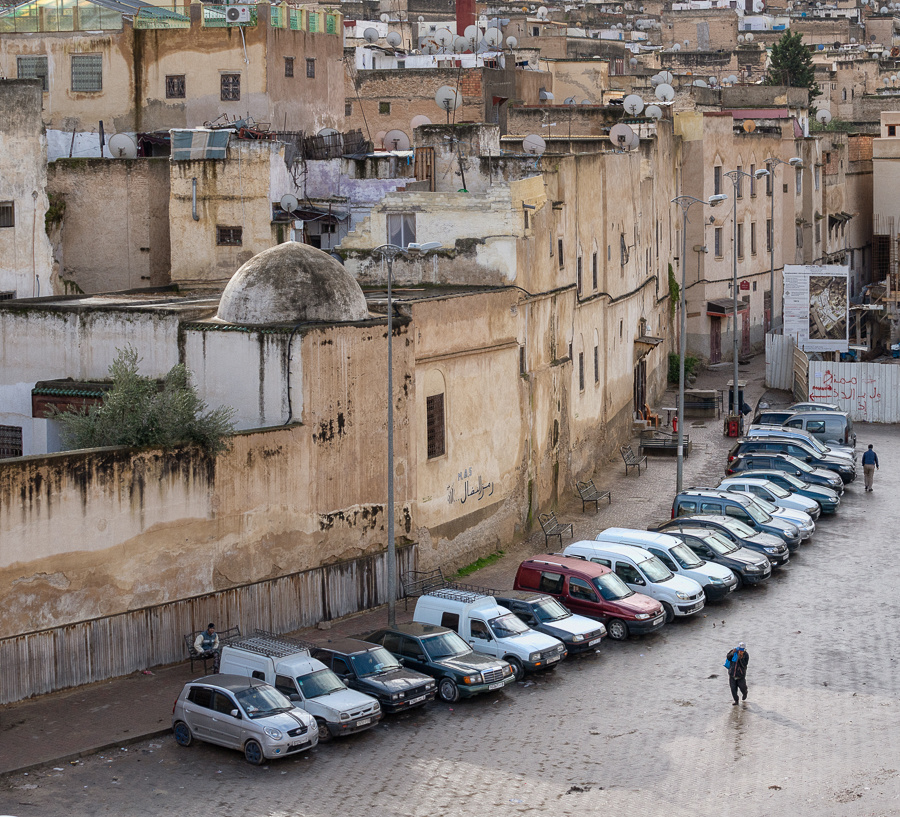 I had heard that there were awful odors but I don't remember smelling anything.  I wonder if people living in these  apartments next to the tannery get used to the smell.. 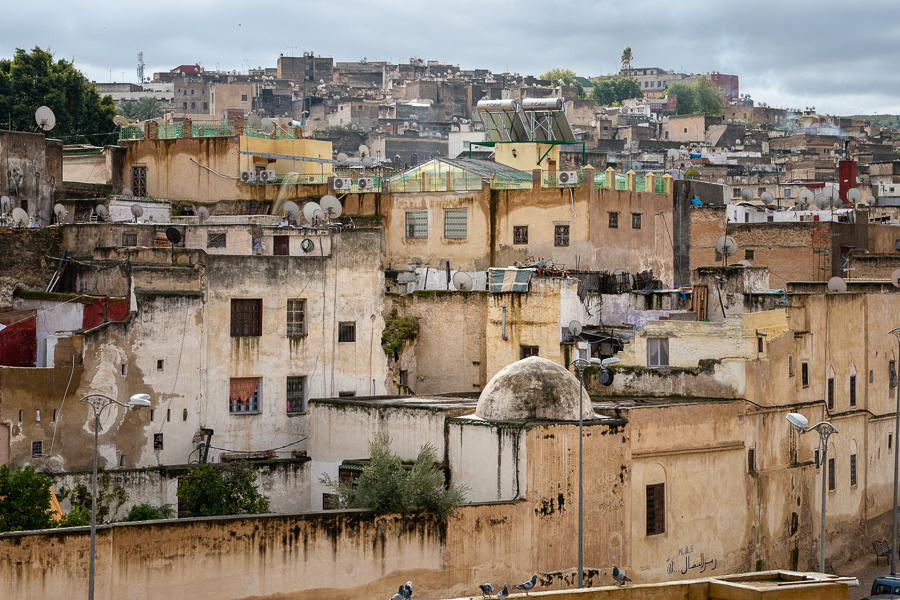 Next stop the Medina.

Tricia Matheson(non-registered)
Wow, Marsha! Iconic dune and camel shots as beautiful as a dream! I'm sure the wind was very bad, but you don't see the wind or rain in these lovely photos. Your photos of the tanning process were amazing, as was the commentary: that the tanners use "all natural" ingredients to soften and preserve the leather. Wonder what they do with the waste water? That Berber monkey looked to be eating extremely well. Overall, an enchanting collection. Thank you for posting.
SUZANNE SWANSON(non-registered)
Marsha your pictures are so beautiful you should photograph for National Geographic!
weter(non-registered)
Hola...!