We stopped at an overlook of the city of Fez  before the rain started. 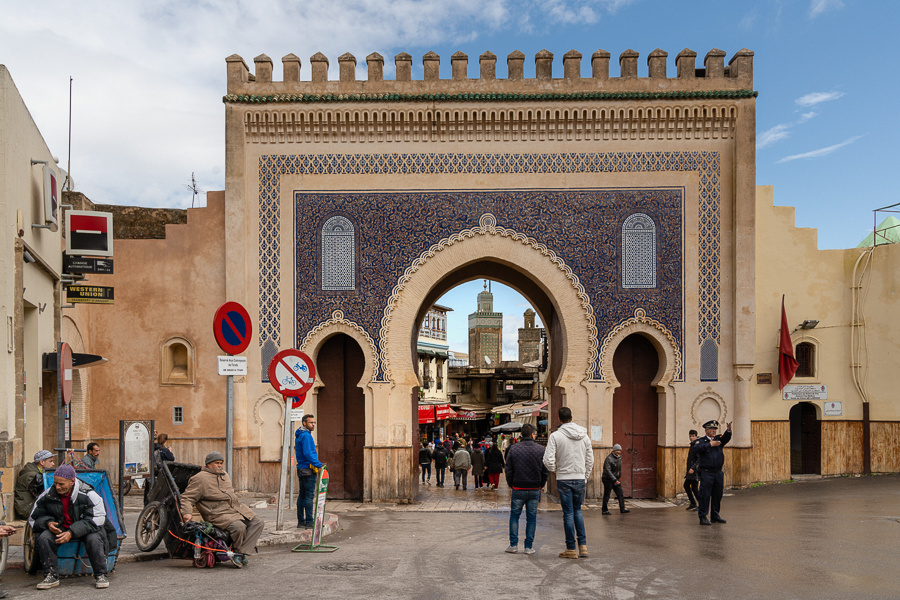 The Medina of Fez was founded in the 9th century at the same time that Islam arrived in Morocco and the imperial rule that would create the country began.  By the 12th and 13th century the old town grew to its current day size.  Many of the buildings over the small streets have been renovated but retain the original character of the 12th and 13th centuries.  The first thing we saw was the Blue Gate which is officially called Bad Bou Jeloud and it is a popular meeting place.  A few people have asked me if I felt safe in Morocco.  The answer is yes, I always felt very safe no matter where I was in the country. The rain started up again-just on and off showers. We walked through the small alleyways and saw the souks(old markets).  The different souks throughout the Medina specialize in different products.  Here we see cats waiting  for treats (which they got). 'There were all kinds of  narrow alleyways.  This one led us to our lunch spot.  It would be so easy to get lost in the Medina. You could find pretty much anything you were looking for. 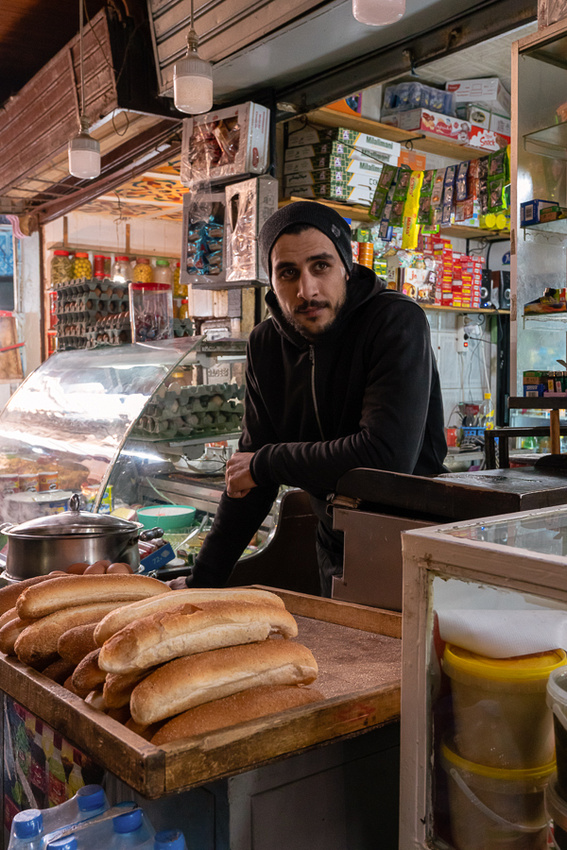 Unfortunately, the rain got worse  so we decided to head back to the hotel. The view from our hotel the next morning. 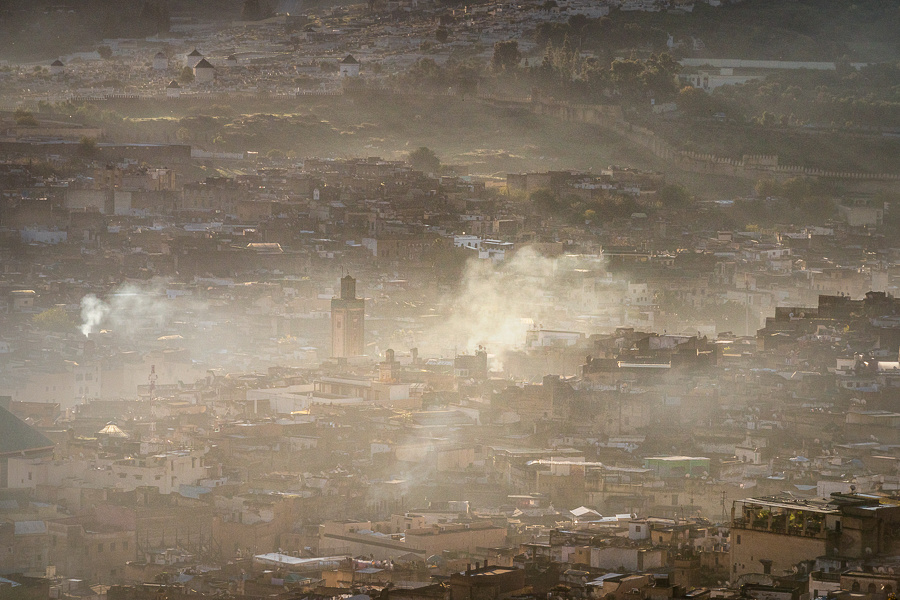 Overlooking the hazy city of Fez, first thing in the morning. We saw this man taking his goats through the cemetery. I thought the lights on top of the bus station were very interesting. Before leaving Fez for our next destination , we once again stopped at the lookout above the city for one last look. 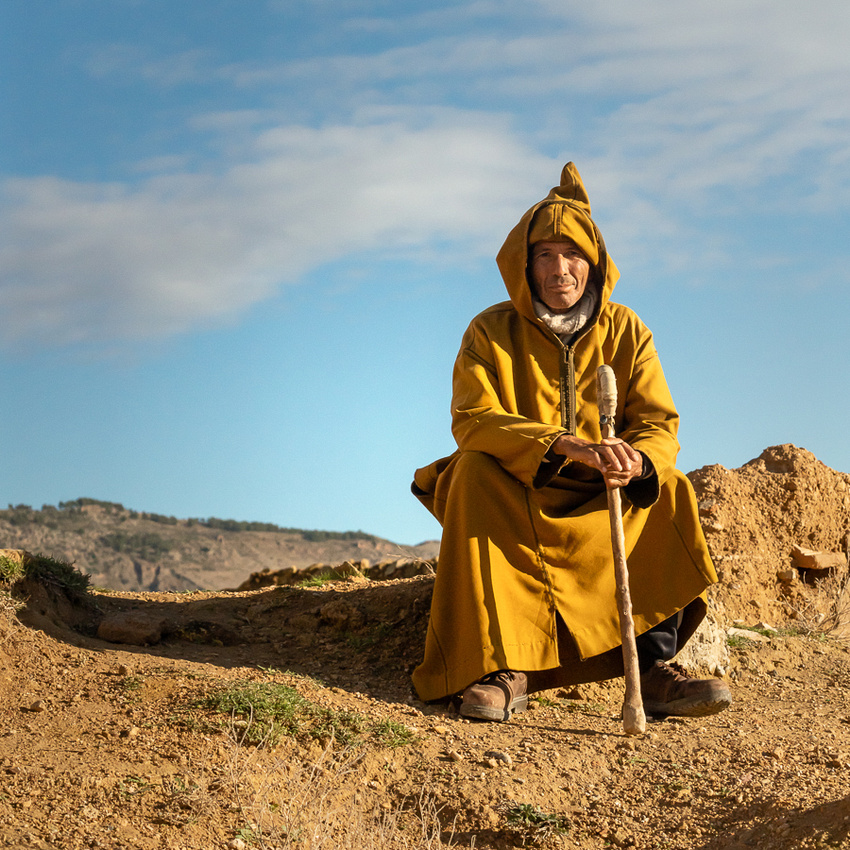 Next stop- Chefchaouen, the blue city.

Bruce(non-registered)
Good morning,
I love the first photo of Fez where it looks like everything is connected.
No matter how much some things have stayed the same and it looks like a lot have,
there are still the world influences of Coca Cola and Western Union.
Looking forward to the next instalment.
Lynn Muller(non-registered)
Interesting how nothing seems to change in Arabic countries. Even the clothing remains as it was in the earlier centuries. Wonderful photos, Marsha. I love the way you capture the people.
Jane Jamison(non-registered)
These are very good, Marsha--very representative of Fez and the souks. Like Gretchen, I loved the misty vista image. Was the cemetery the old Jewish cemetery?
Gretchen Taylor(non-registered)
Loved the early morning shots...the haze over the city was wonderful! People difficult to photograph in Morocco...but you nailed it!
RITA(non-registered)
IT IS DIFFICULT FOR US TO DO EXTENSIVE TRAVELING, BUT THAT IS OKAY, BECAUSE WITH YOUR BEAUTIFUL PHOTOGRAPHY AND INTERESTING COMMENTARY, WE ARE THERE. THANKS A MILLION, MARSH. LOVE YOU