After an early morning  visit to the Archelogical Museum in Heraklion, we drove to Rethymno. 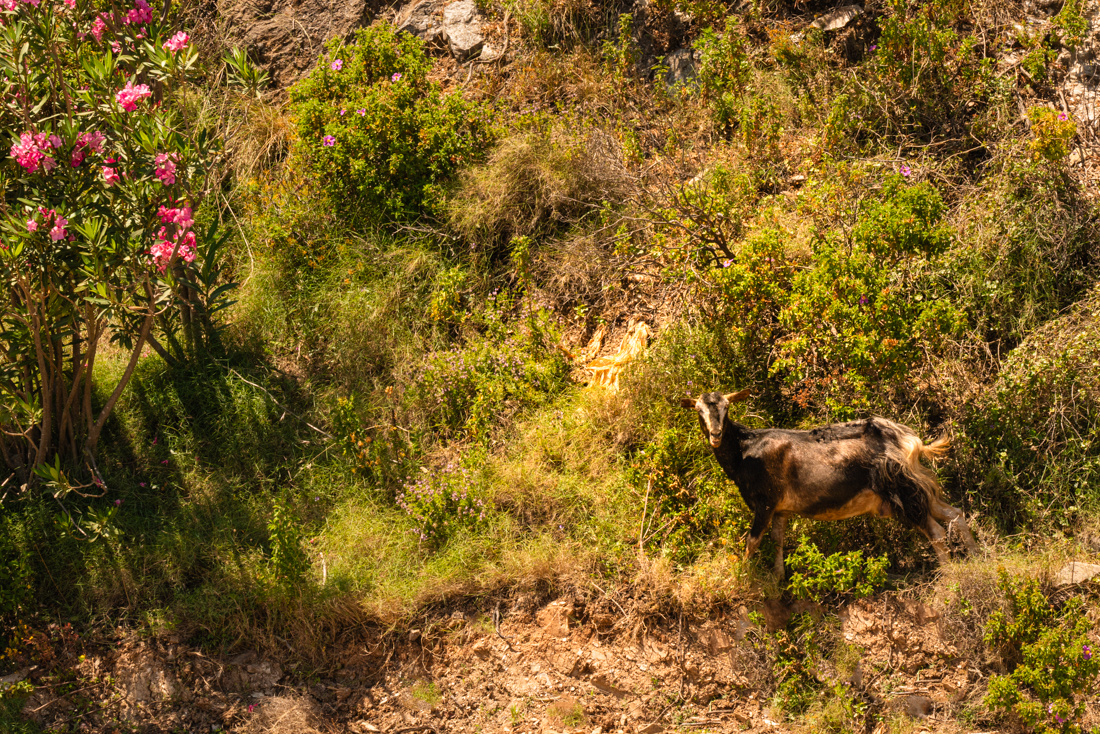 Along the way I saw this goat  looking at us when we stopped to look at a view. 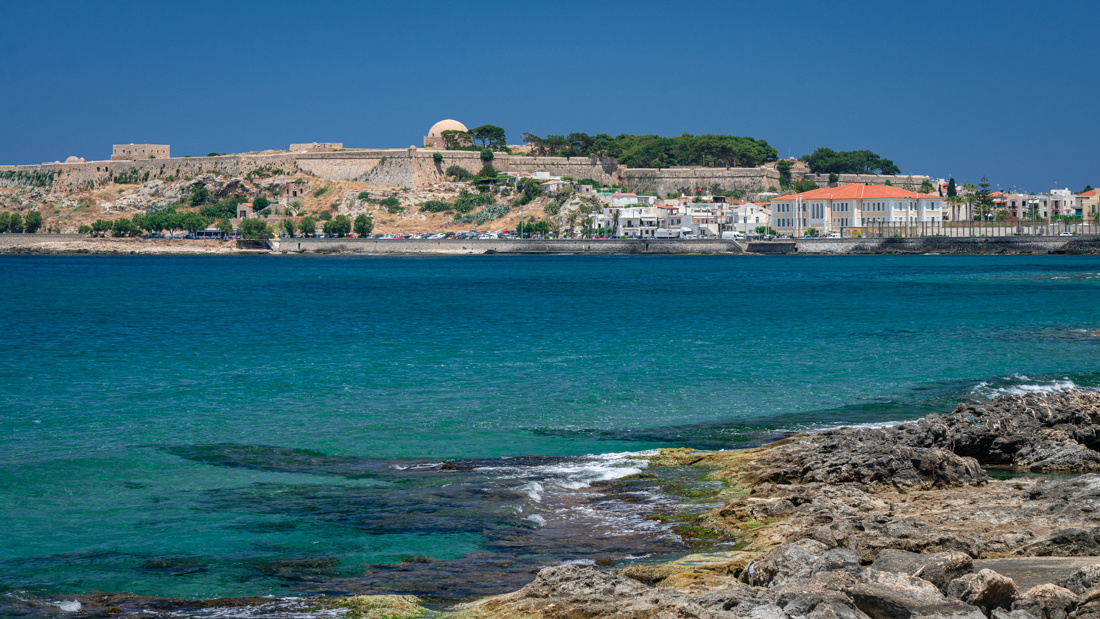 A view of the city of Rethymno.  The city has a population of roughly 40,000 people.  Rethymno, was originally built during the Minoan civilization and was prominent enough to mint its own coins and maintain urban growth. 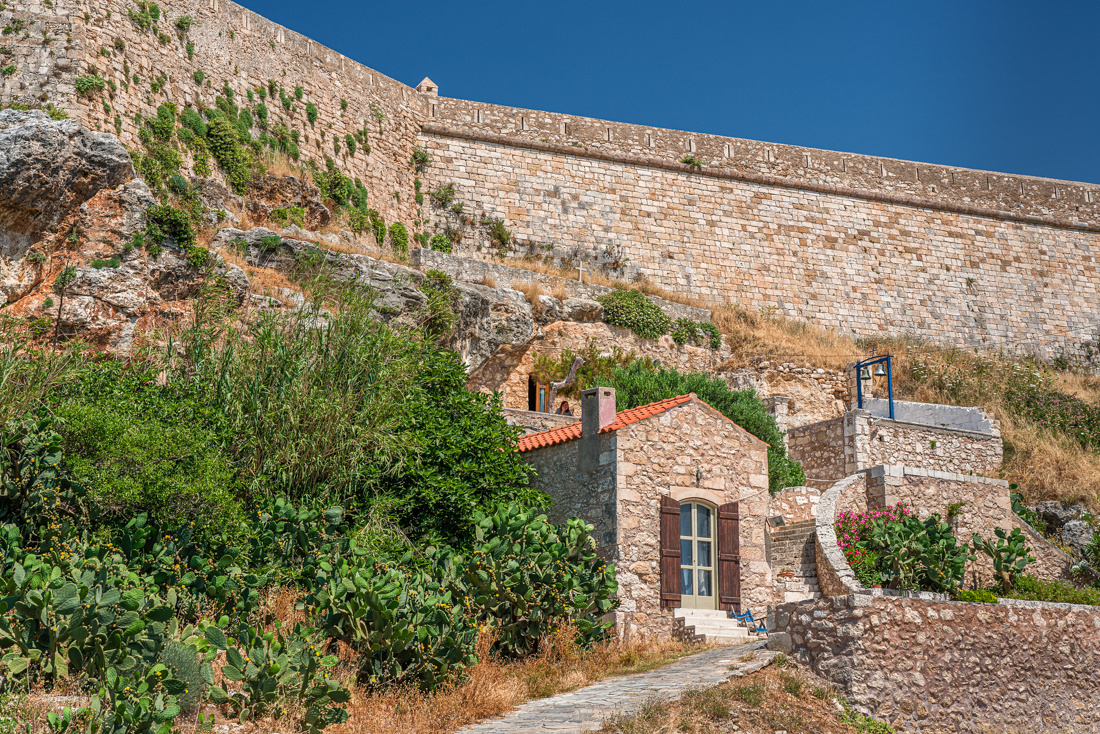 The old town was almost entirely built by the Republic of Venice and is one of the best preserved ancient  towns in Crete. The town still maintains its old aristocratic appearance, with its buildings dating from the 16th century, arched doorways, stone staircases, Hellenic-Roman remains, the small Venetian harbour and narrow streets.

Later in the afternoon  we walked around the old port and watched the fishermen mend and check their nets. 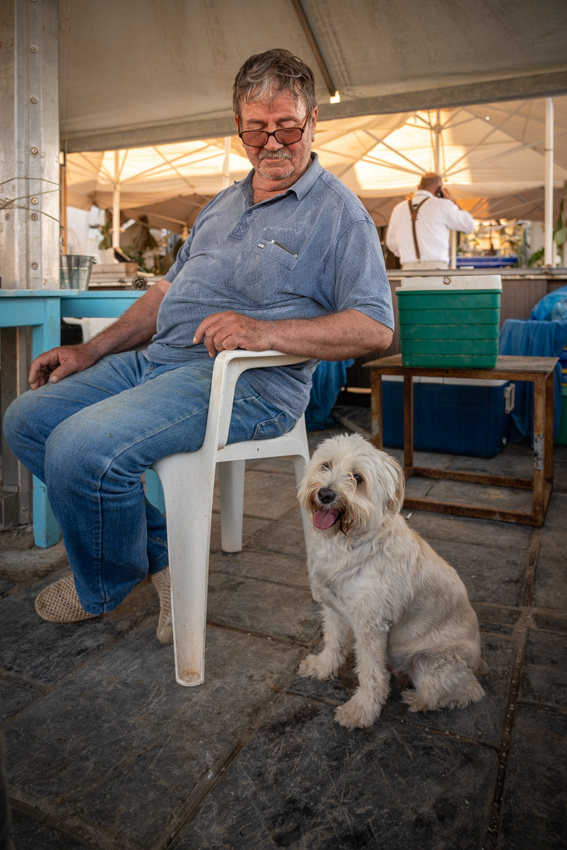 It is always hard for me to resist taking photos of dogs.  Often people prefer not to have their photo taken but most people that I have met love having their dogs photographed.    This dog  definitely reminded me of Maggie and Katie. 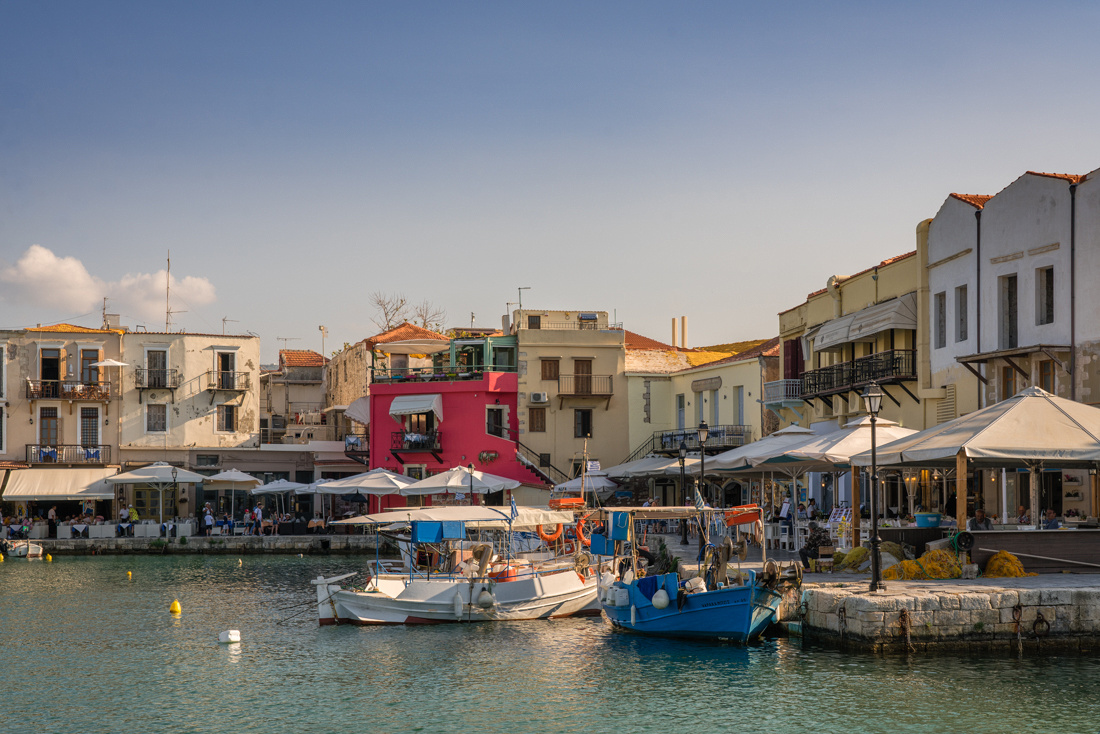 A view of the boats and cafes in  the marina. 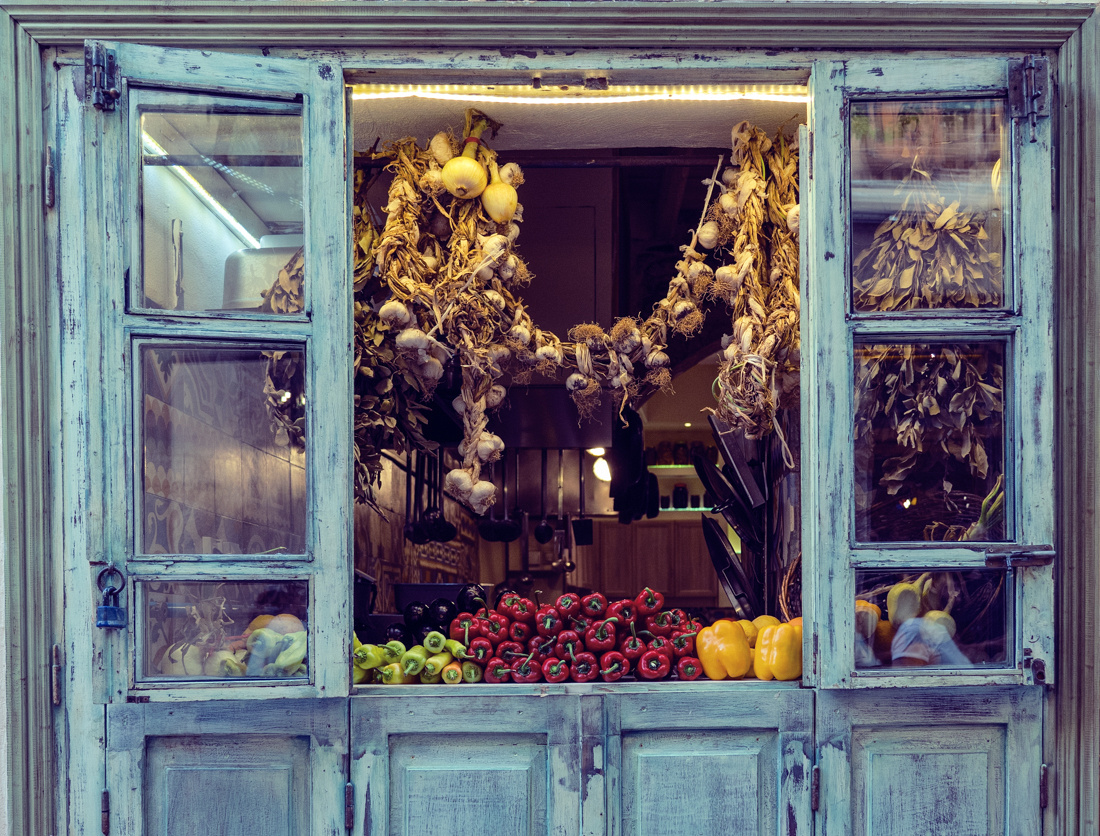 This was a colourful display enticing people to come into the market and shop. 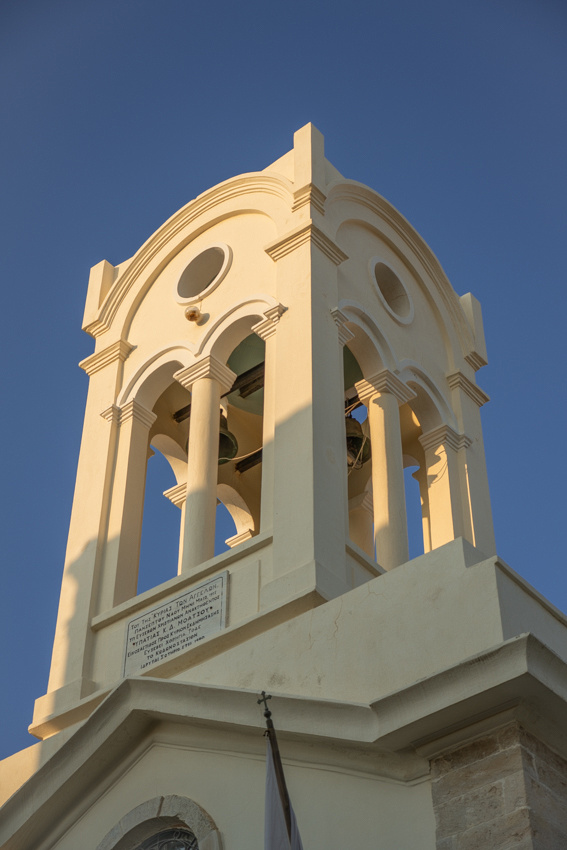 Another bell tower in golden light. 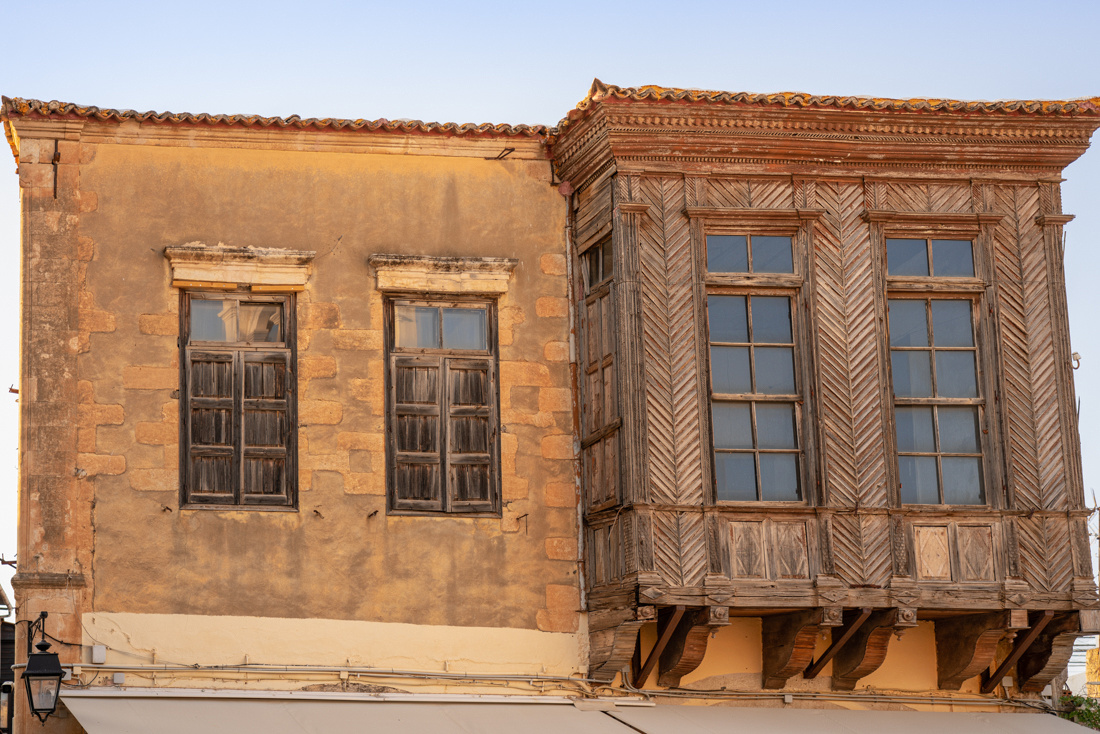 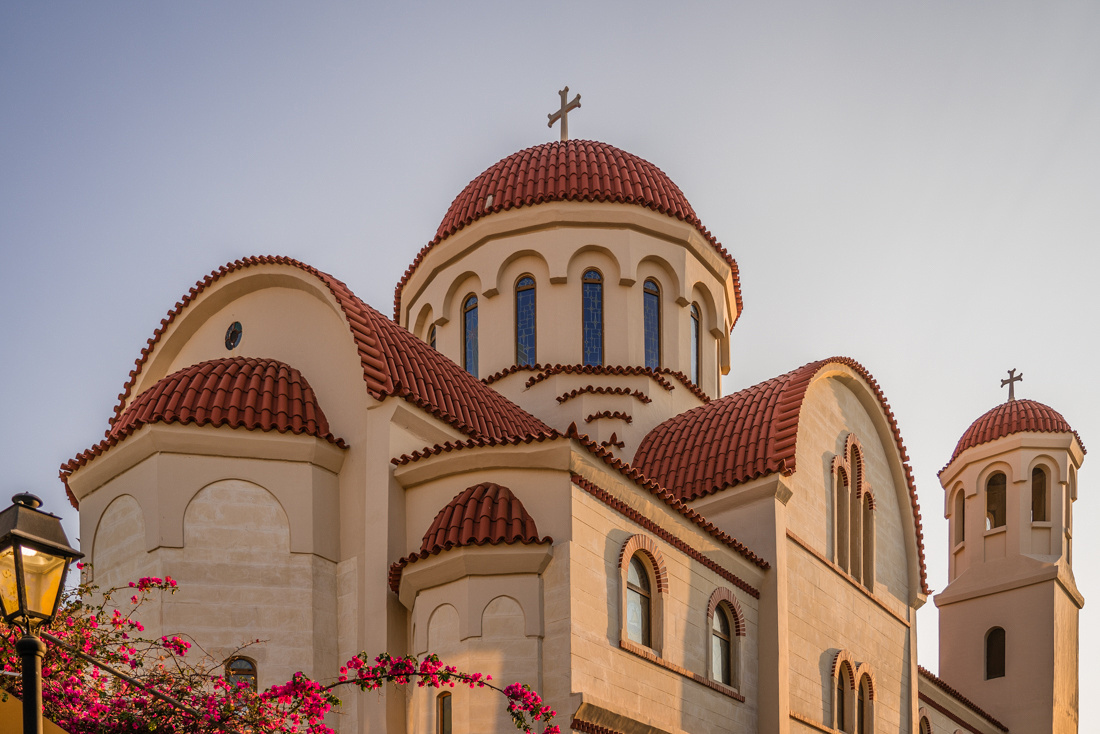 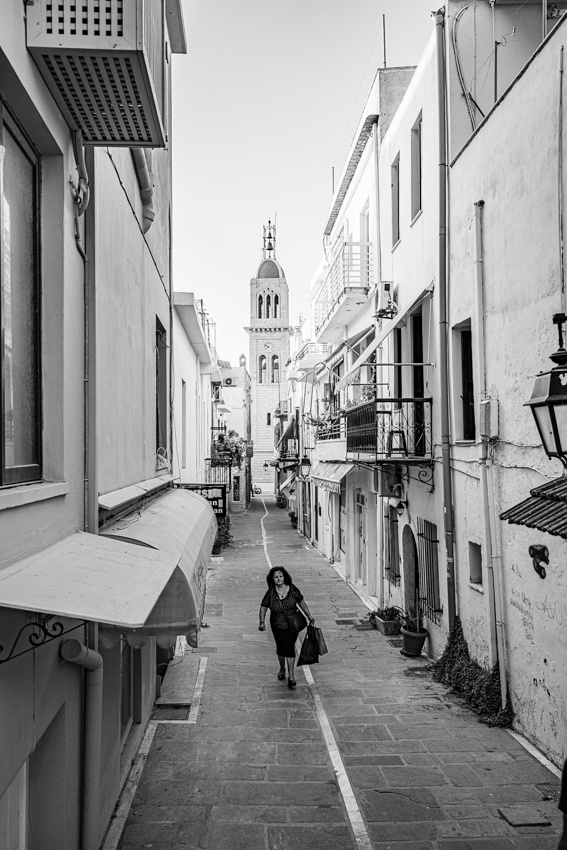 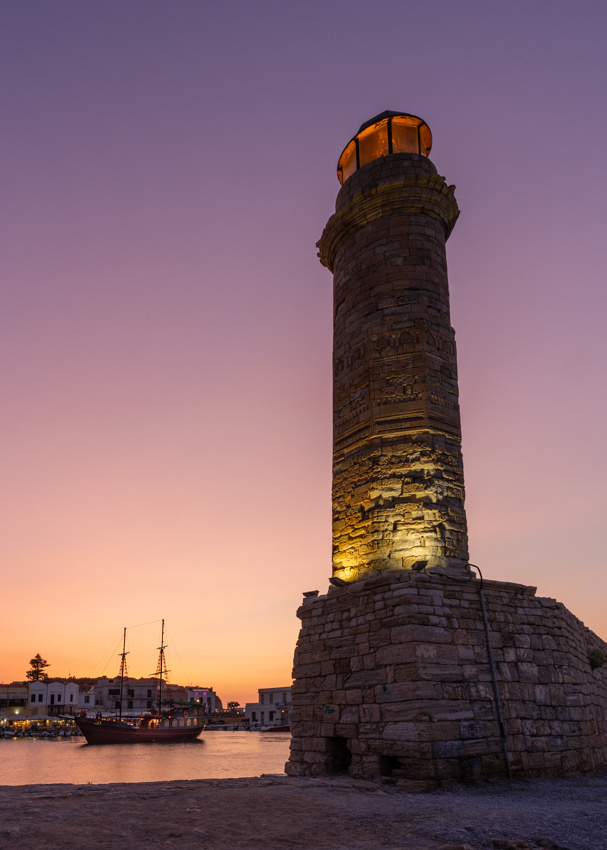 For sunset we wandered back to the marina area, beside the lighthouse.   The Captain Hook ship sailed into the harbour so it was included in the shot.  The lighthouse is the second largest remaining Egyptian lighthouse in Crete after the lighthouse of Chania harbour.

Tricia Matheson(non-registered)
The cities are so well maintained! Beautiful photos. Agree with the others, it is a nice break to see such a lovely part of the world, as we are all stuck at home. Wonder when, or if you will be able to go on another trip?
Gretchen Taylor(non-registered)
Oh Marsha, I want to travel again! Thank you for sending these wonderful and oh-so-beautiful images of Crete! I needed to see these!
So very nice...thank you!
Bill(non-registered)
Super history lesson!
Rita Duchovnay(non-registered)
Fantastic.
Jane Jamison(non-registered)
Nice--as always! I like the distance shot of the city and water as well as the two old guys working on their nets. (You might want to check your caption under the two guys. I think you probably meant to say Rethymno rather than Herkalion.)
No comments posted.
Loading...
Subscribe
RSS
Recent Posts
Melbourne Last blog of New Zealand Fox Glacier Haast Wanaka Queenstown and Glenorchy Moeraki Boulders and Milford Sound Penguins, Seals and Sheep Southern Alps, New Zealand Last evening in Chania
Keywords
Croatia Crete Morocco New Zealand South Island Cuba alberta National Park galapagos
Archive
January February March April May June July August September October November December
© Marsha Fouks