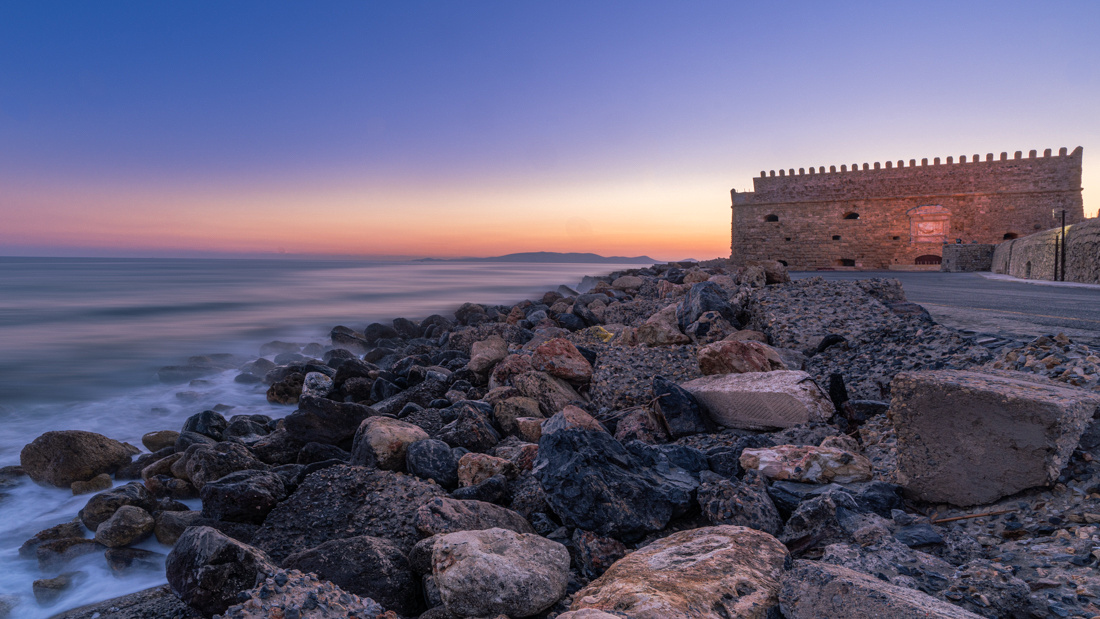 Sunrise at the fortress.  Sunrise is definitely the best time to photograph.  The light is great and you don't get the crowds of people. 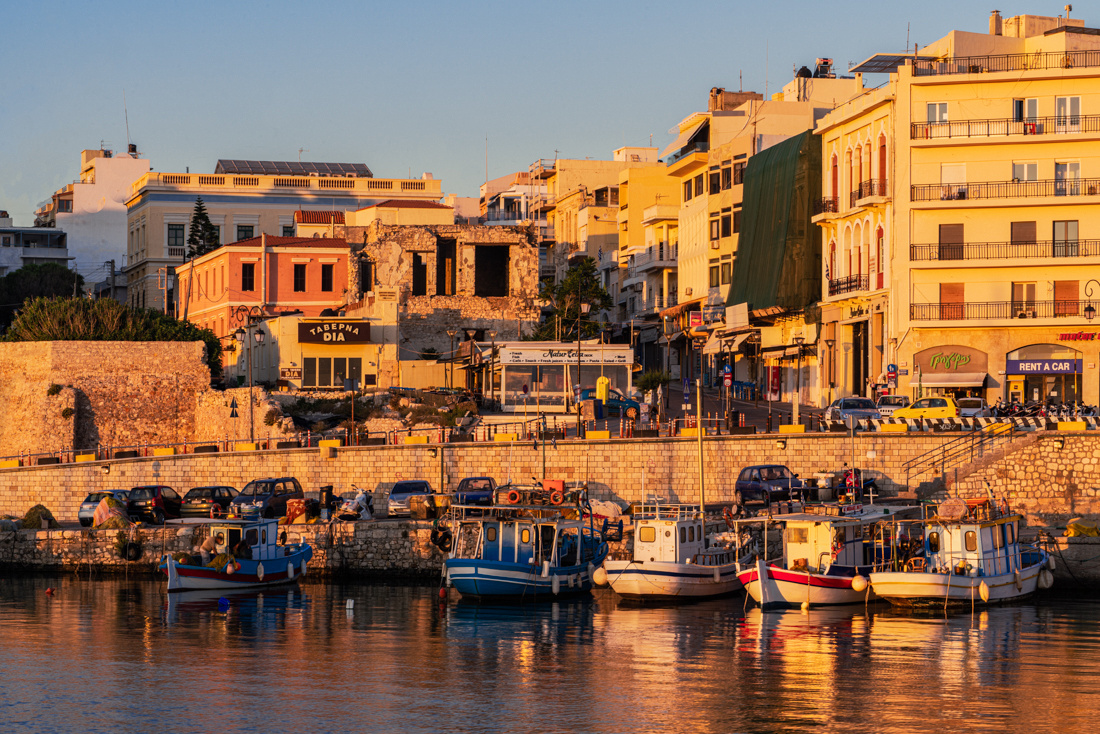 Beautiful light on the fishing boats and old town. 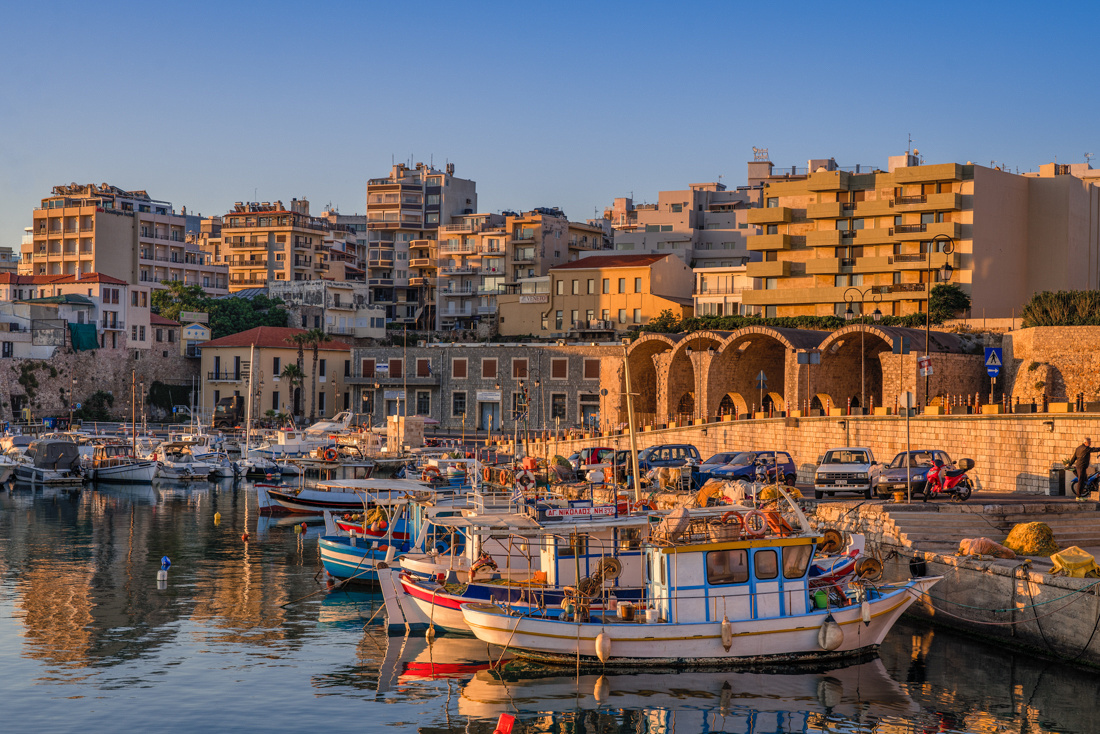 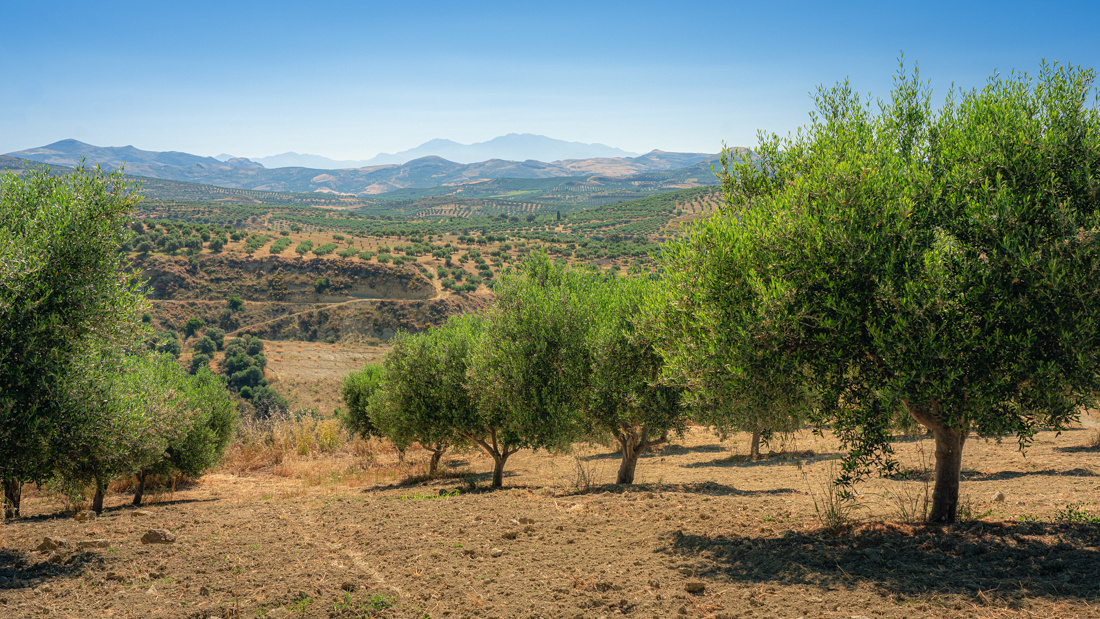 Later on we left the busy city to drive to Agios Deka passing olive trees and vineyards along the way. 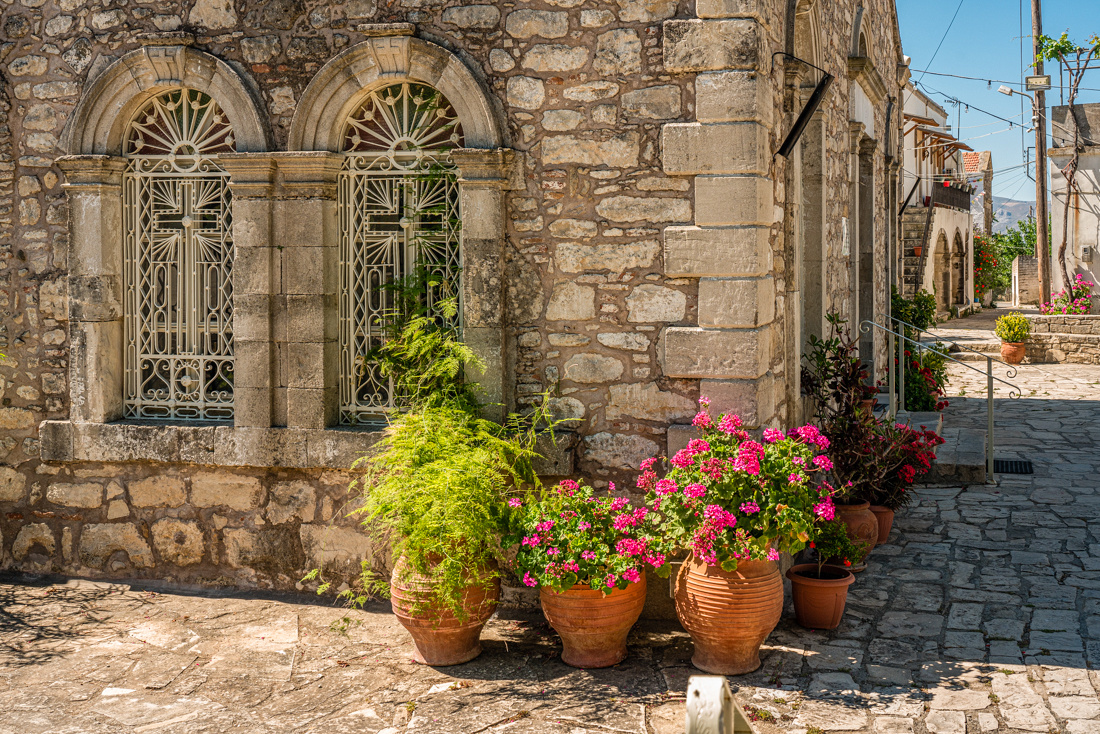 This small village church was built in the 12th century and is well maintained. 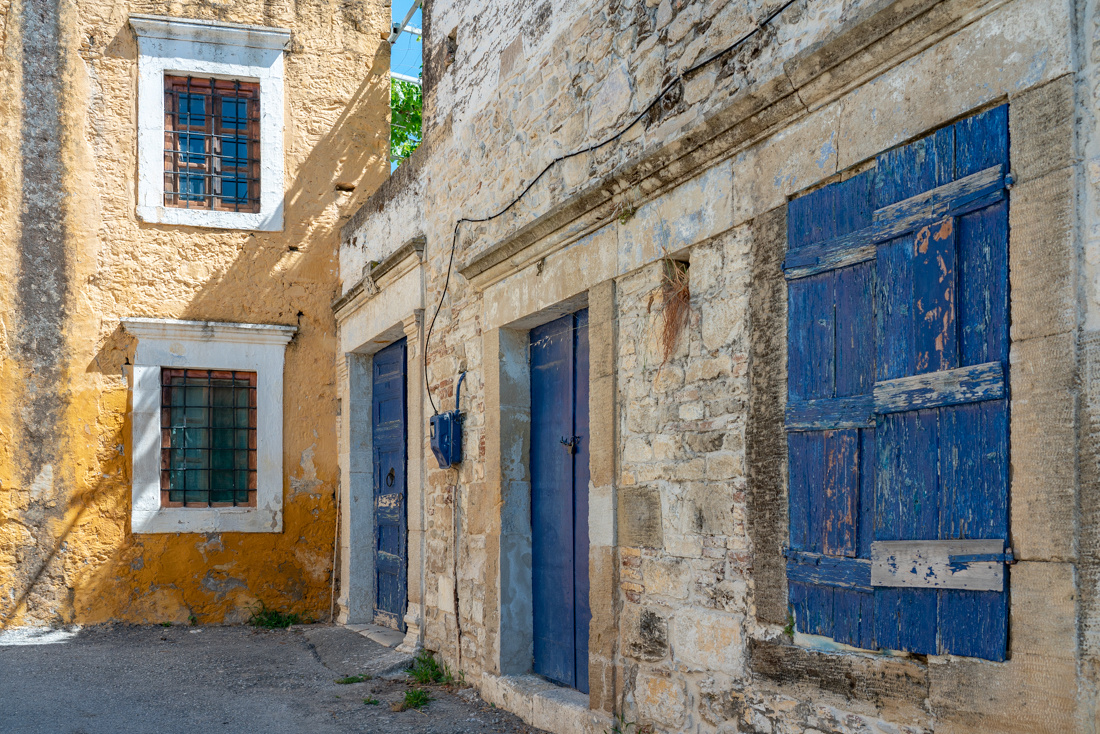 As usual when visiting these small villages, we wandered through the streets. 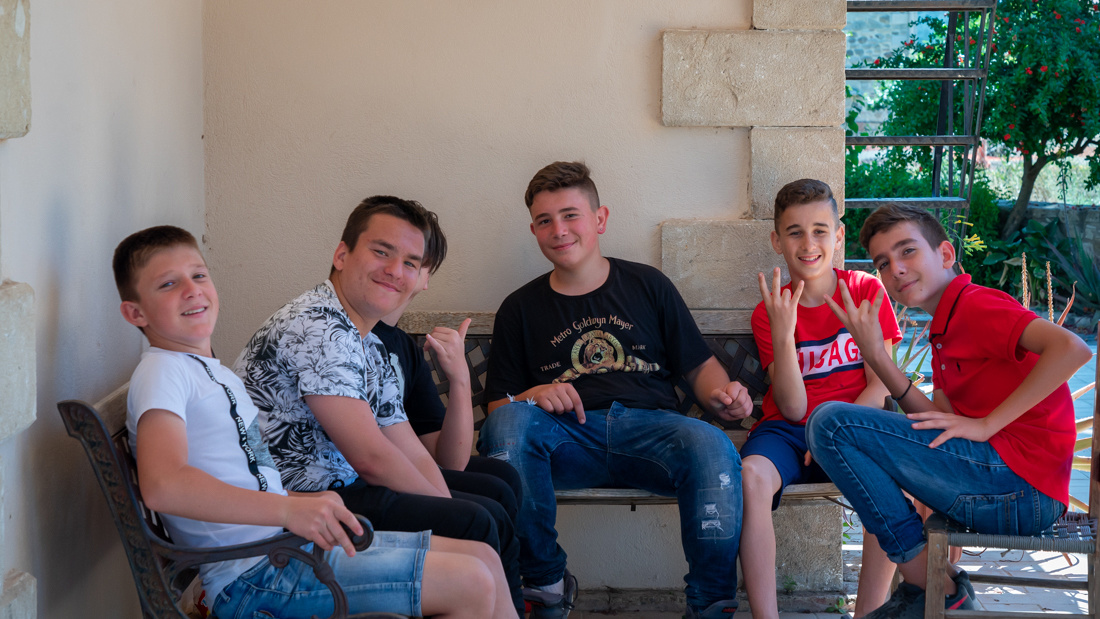 We met some young kids who were happy to be photographed. 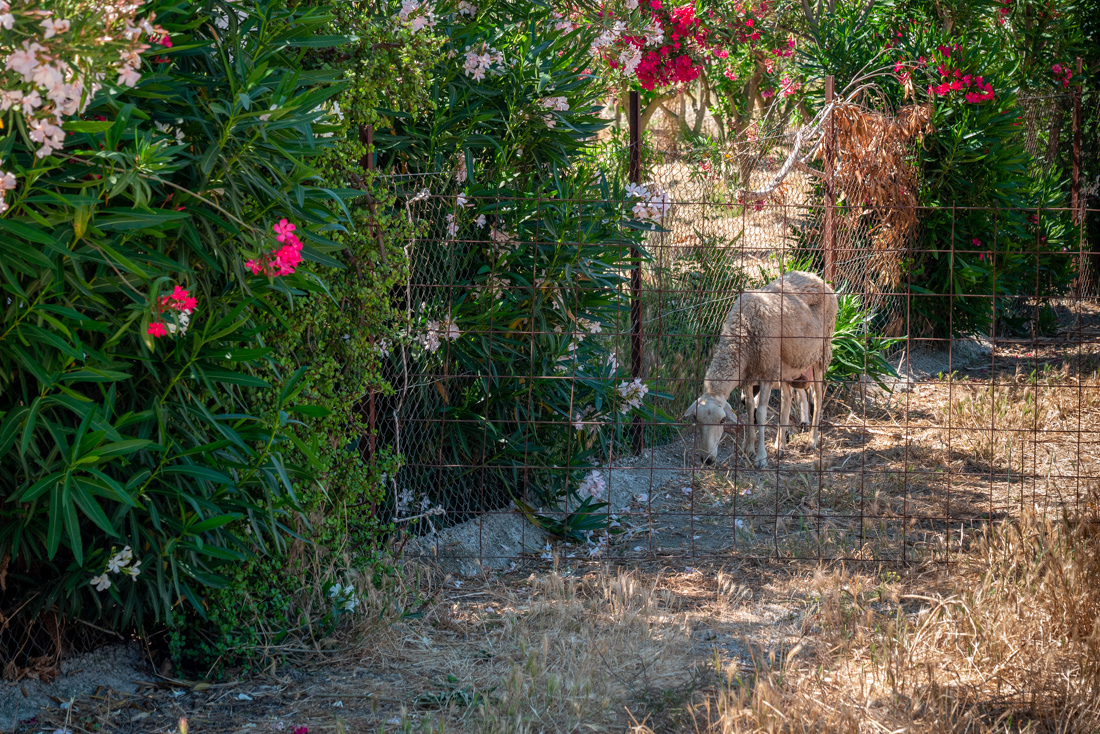 We walked by this goat and stopped to take a photograph. 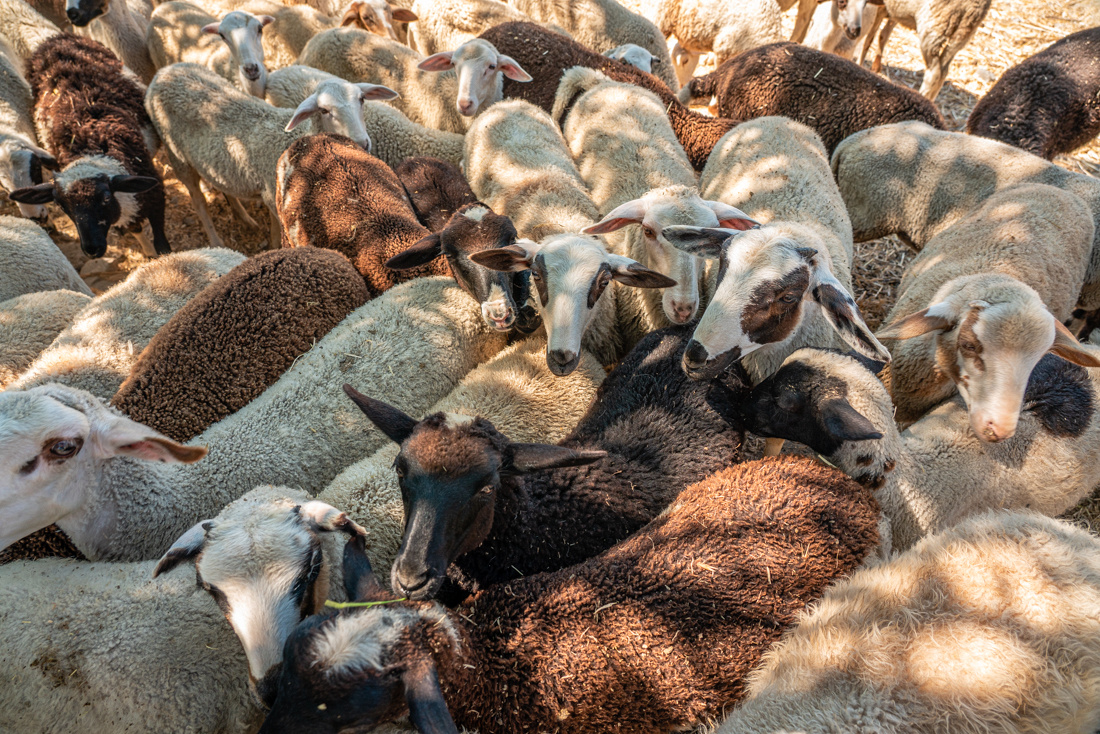 Then we saw a lot of goats all coming to the fence hoping that we would feed them. 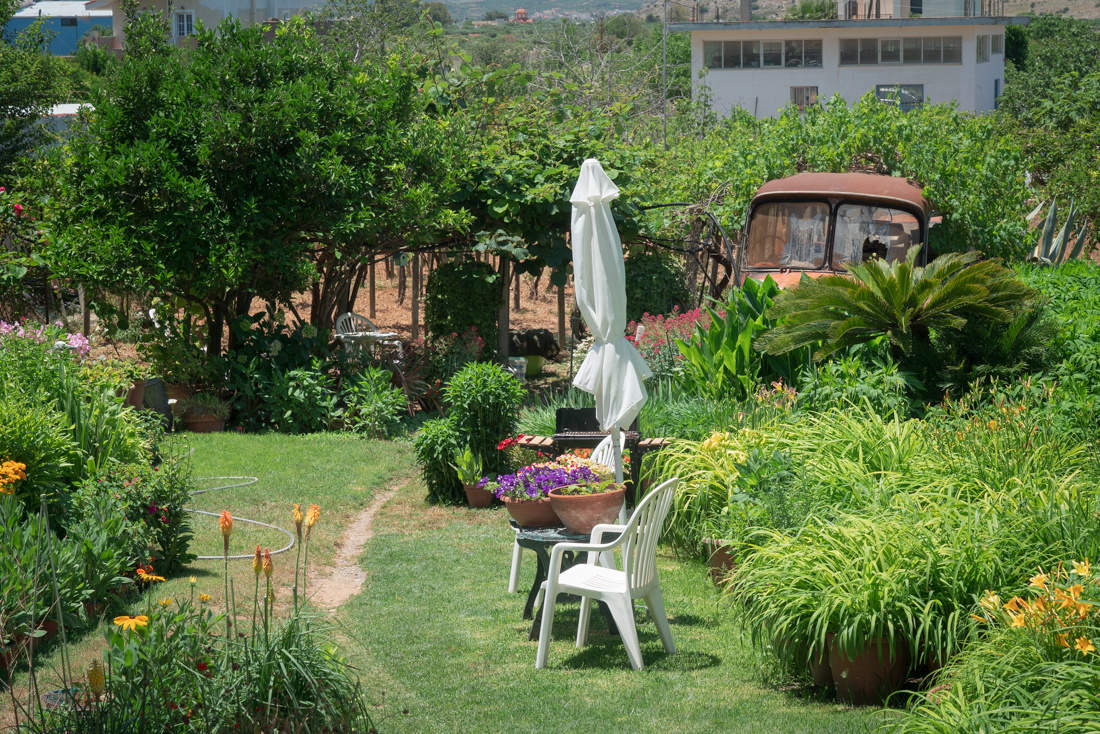 This was an interesting garden complete with an old vehicle. 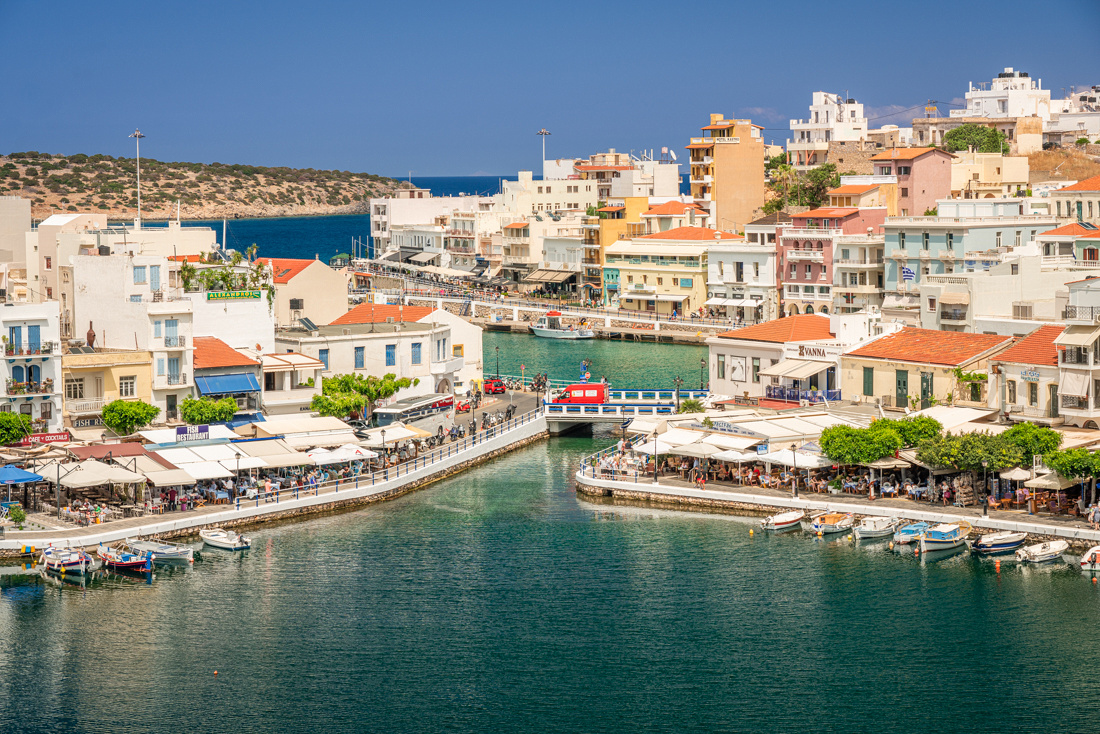 Our next stop was Agios Nikolaos, a coastal town situated east of Heraklion with a population of around 12,000 residents not including tourists.  This tourist town became internationally well known during the 60's when it was discovered by famous cinema directors (Jules Dassin, Walt Disney etc.),  BBC producers and many others.  Some of the productions filmed here were: He Who Must Die, The Moon Spinners, and the TV series The Lotus Eaters.  Daphne du Maurier's short story Not After Midnight was set in and around the town. 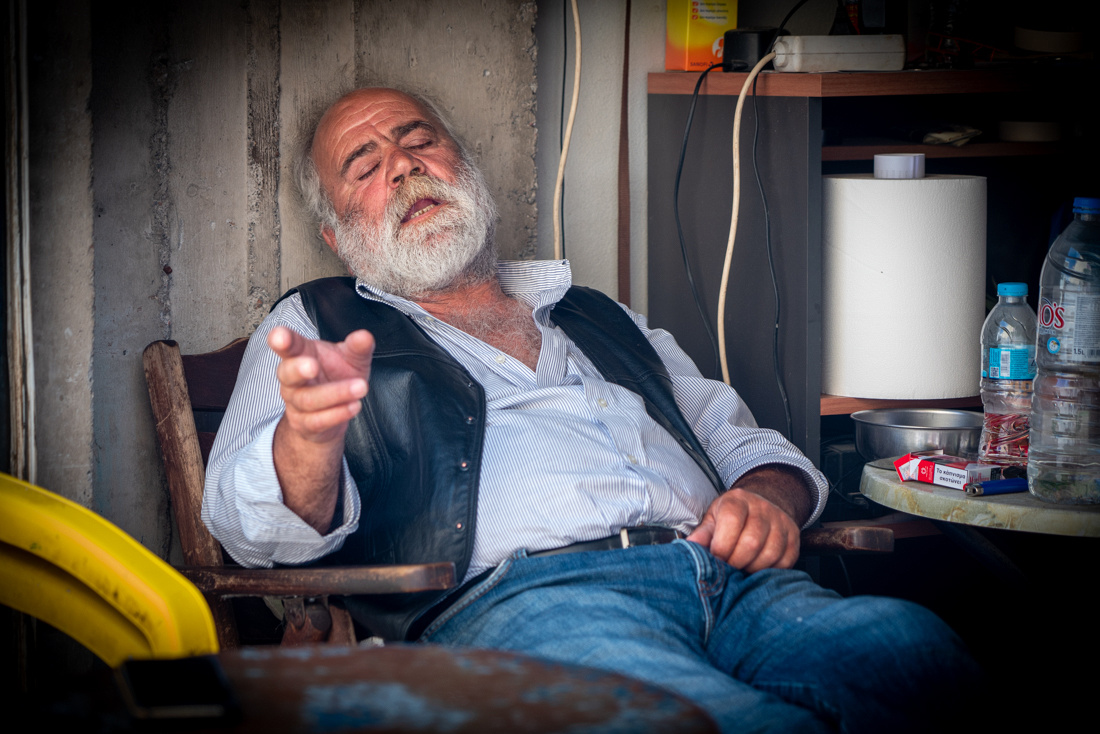 We couldn't resist photographing this man mostly sleeping until he saw us and used his hand to gesture- probably telling us to go away and let him sleep. 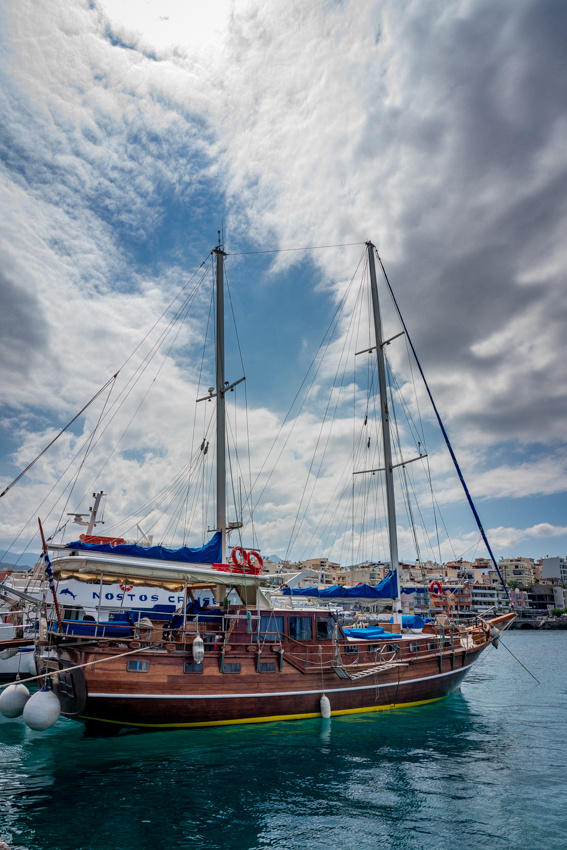 We walked down to the marina  to look at some of the boats where we admired this wooden schooner. 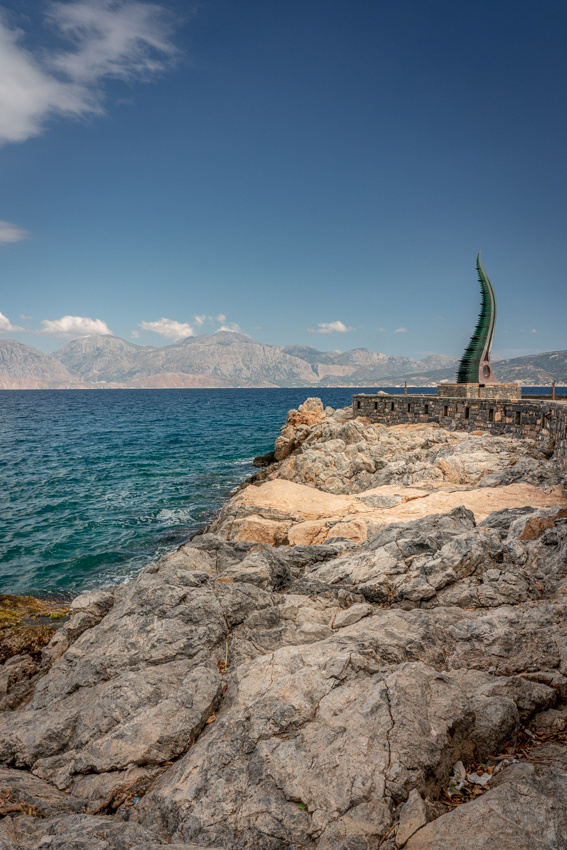 A photograph of the cliffs leading to the sculpture in the background. 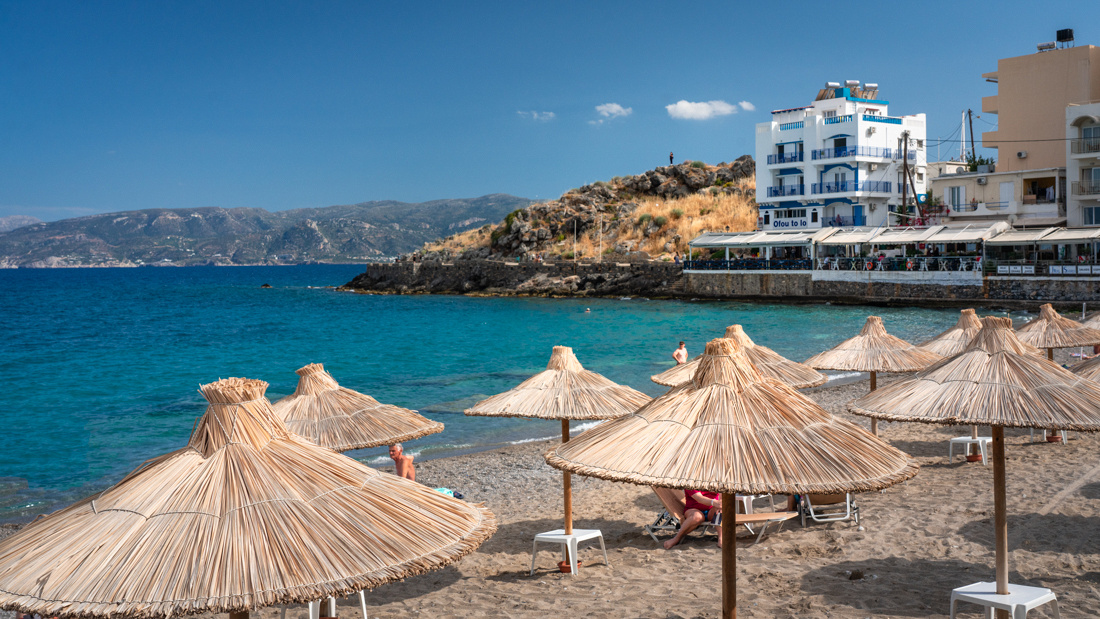 It was a beautiful day for sunbathing on the beach.  Like most of the beaches we saw in Greece, you could rent umbrellas and chairs. 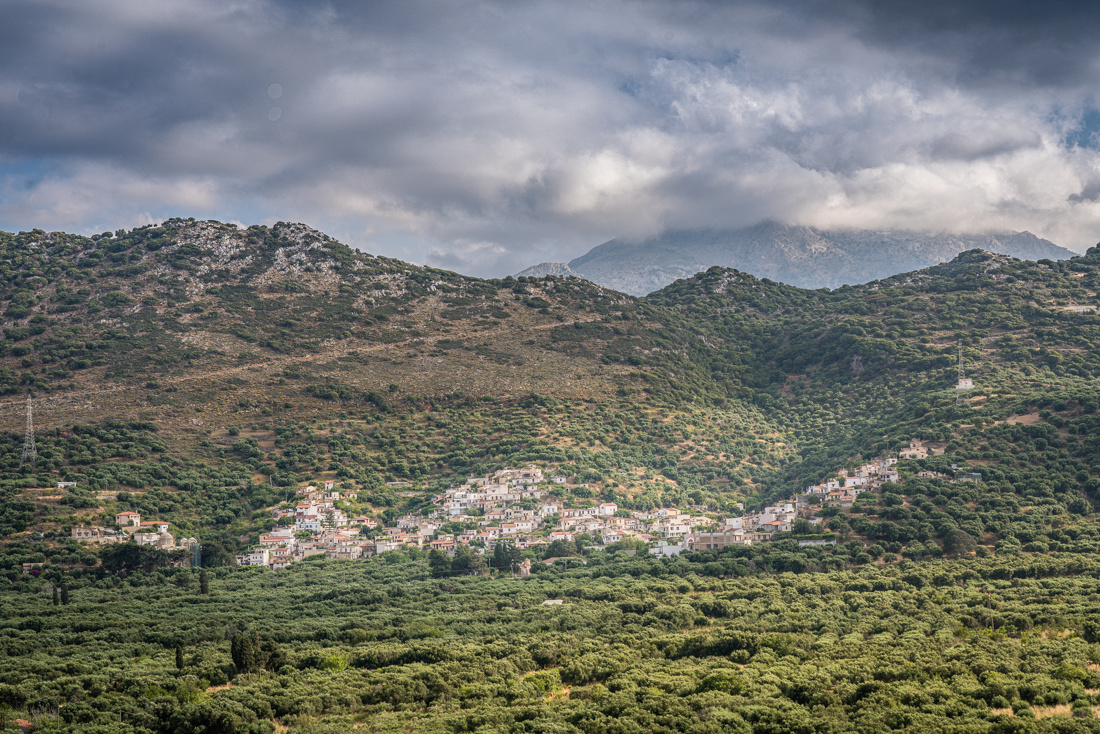 After leaving the town, we saw more fields of olive trees and mountains in the distance. 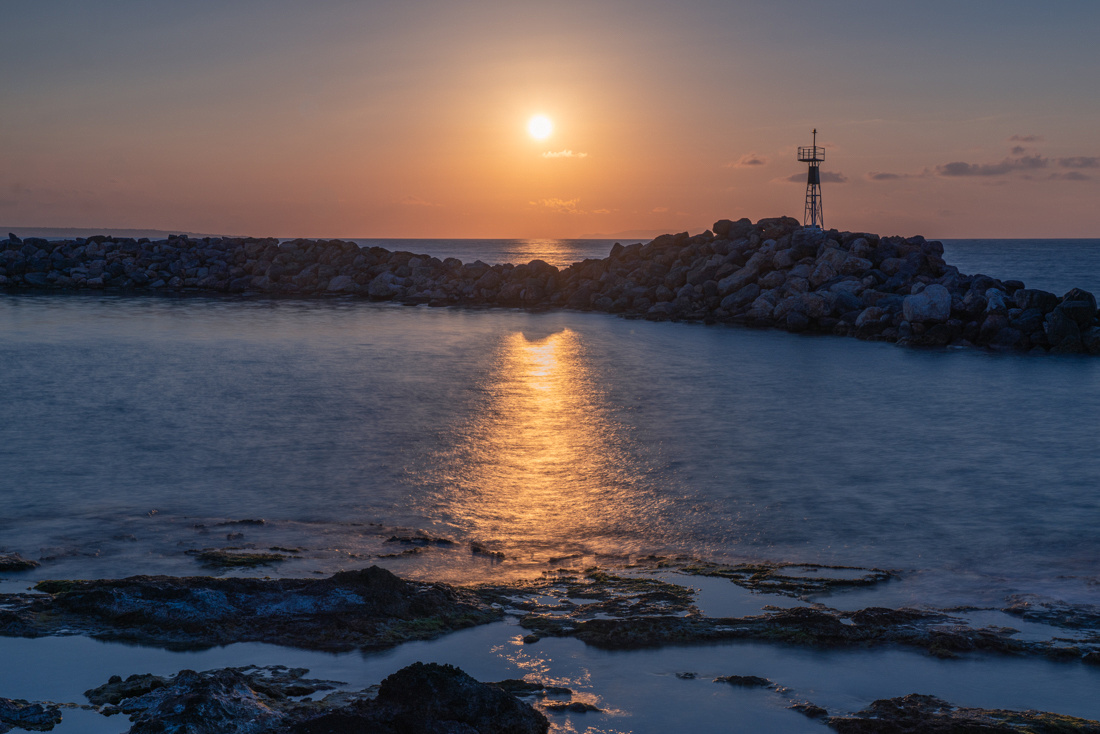 Tonight's sunset shoot was at the harbour at Sissi.  We found it to be a picturesque humble village where we sat outside and enjoyed a delicious dinner.  The little village was located 45 km east of Heraklion. 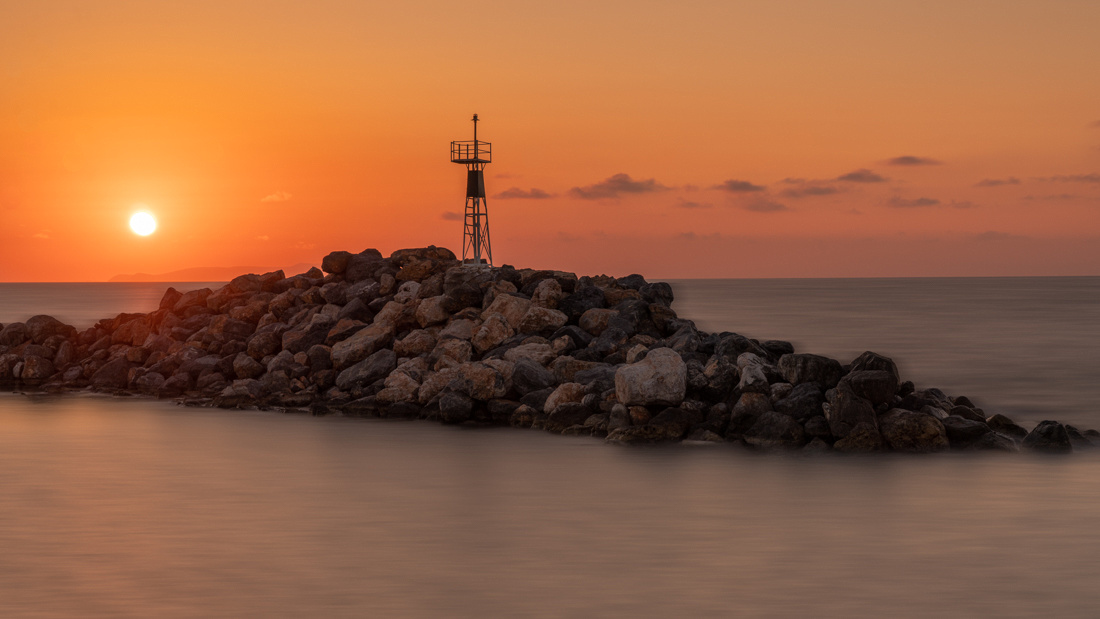 During the years of the Cretan Revolution (1866 - 1869), Sissi was an important strategic location for uploading guns and munitions against the rebels. 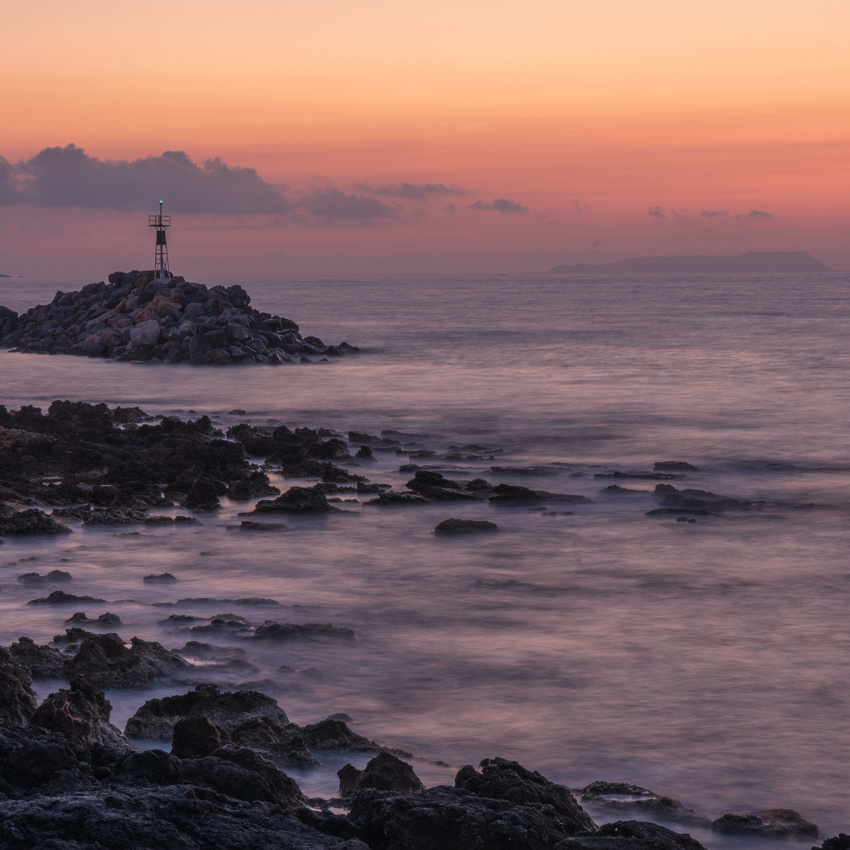 I stayed in the same location and photographed as the light changed. 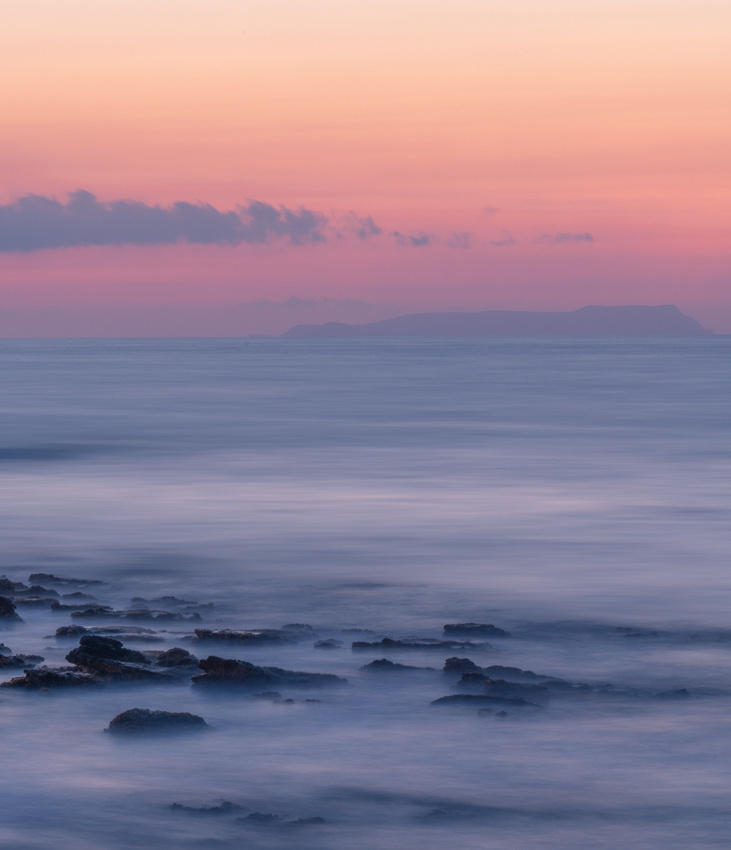 The last shot of the evening before driving back to the hotel.

Gerda Grice(non-registered)
Great shots of this part of Crete, Marsha. I especially love the one of the rocks leading to that rather strange sculpture. DErmot and I visited Crete many years ago (sometime in the 1990s, I think) but we never got to this part of it.
Cheryl Ronan(non-registered)
What beautiful photography! I am somvery impressed by your very gifted eye! Enjoy !
Jane Jamison(non-registered)
I loved these two small towns--and our tram ride, despite Laurie's not getting to nap. I actually like your final shot maybe the best. It's so soft and soothing.
Bill(non-registered)
I love the historic villages on the sea
Duncan(non-registered)
Wonderful photographs and descriptions.... makes me want to go there.
No comments posted.
Loading...
Subscribe
RSS
Recent Posts
Melbourne Last blog of New Zealand Fox Glacier Haast Wanaka Queenstown and Glenorchy Moeraki Boulders and Milford Sound Penguins, Seals and Sheep Southern Alps, New Zealand Last evening in Chania
Keywords
Croatia Crete Morocco New Zealand South Island Cuba alberta National Park galapagos
Archive
January February March April May June July August September October November December
© Marsha Fouks