Sarapiqui and the Saripiqui River

We spent the morning at the Selva Verde Lodge working on some macro and nature  shots  around the beautiful property.  Later on in the afternoon we took a trip on the Saripiqui River.  It wasn't easy taking sharp pictures from the moving boat! 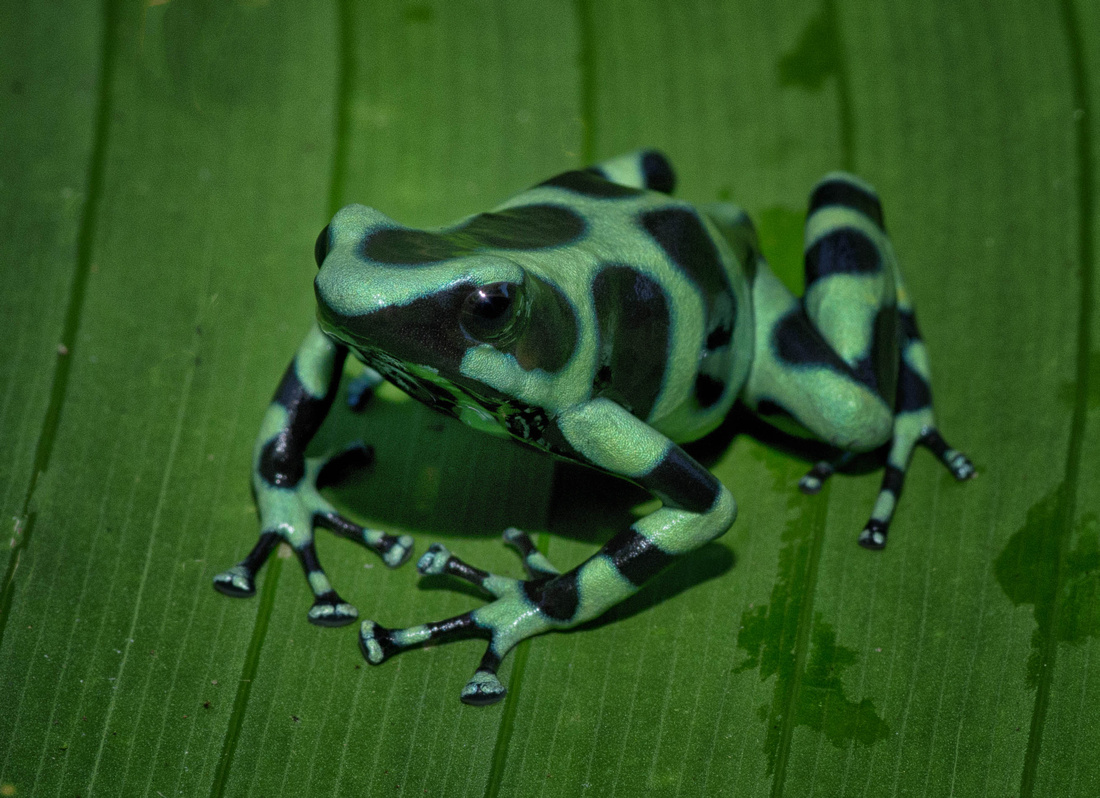 Here is a Green Poisonous Dart Frog.  The very small amount of poison the frog possesses is enough to make a human ill, however will only release its poison if it feels threatened.  This little guy was actually handled by our guides- apparently if it is held by a calm and relaxed human it is safe to hold.  We were warned not to touch them. 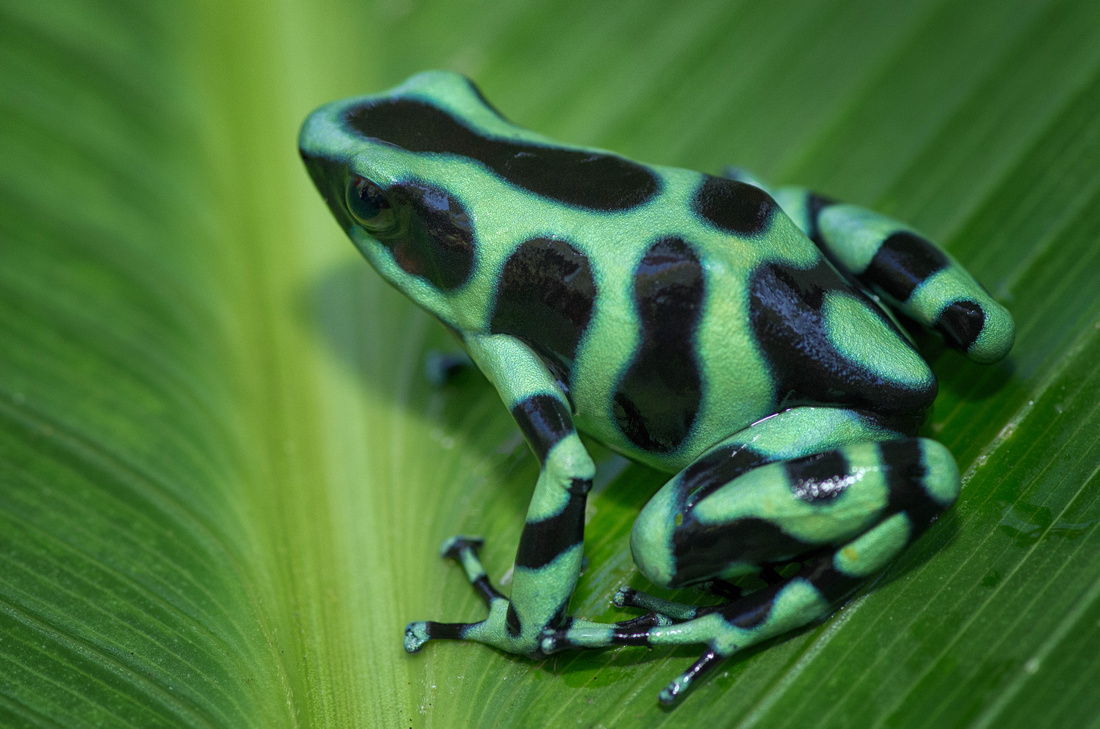 Here is a different view where you can see its behind. 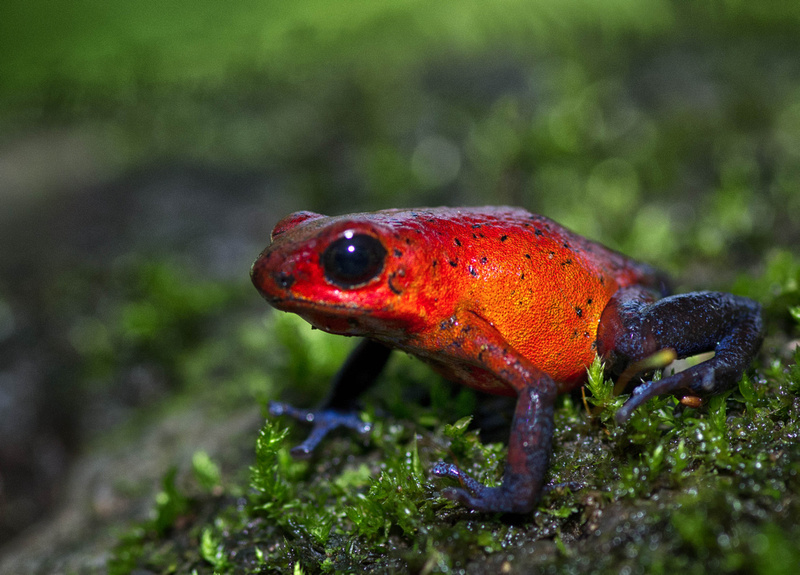 This little guy is called a Blue-jeans Frog or Strawberry Poison-dart Frog.  It has a brilliant red head(well this guy looks more orange- perhaps due to the lighting) and blue-to-purple legs so it was very colourful. 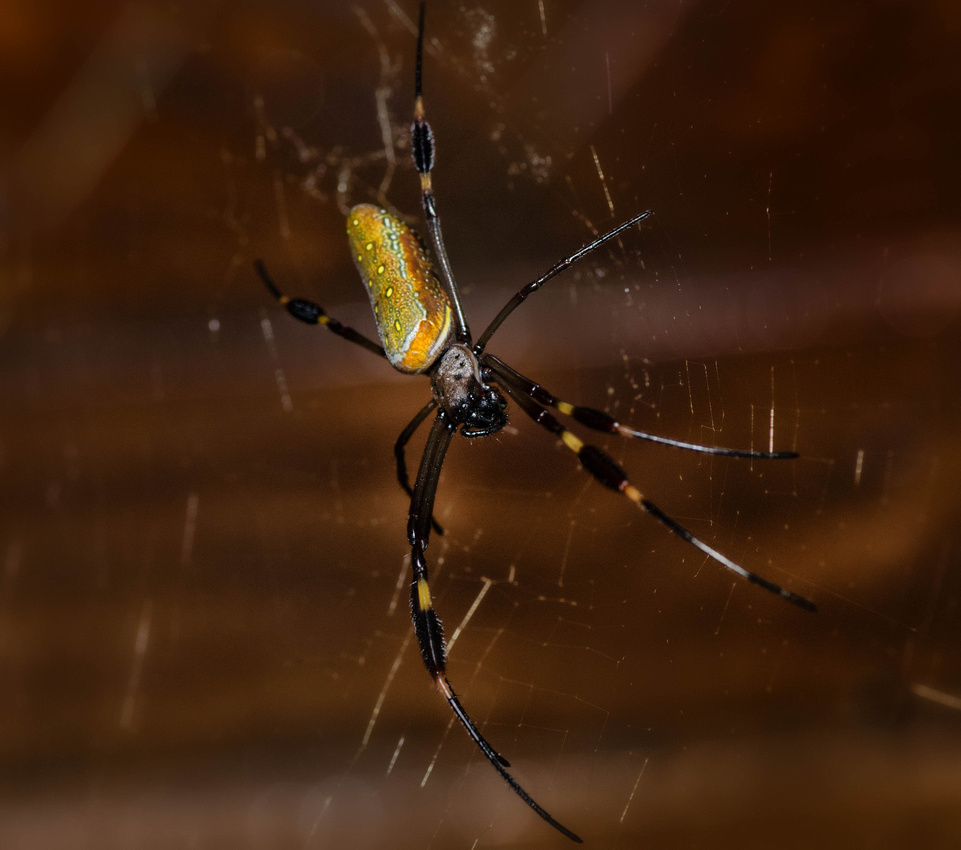 Normally I am not into photographing spiders, however a few of our group were very interested in them so I thought I would join in.  I had to admit that the spider is colourful and kind of  interesting. 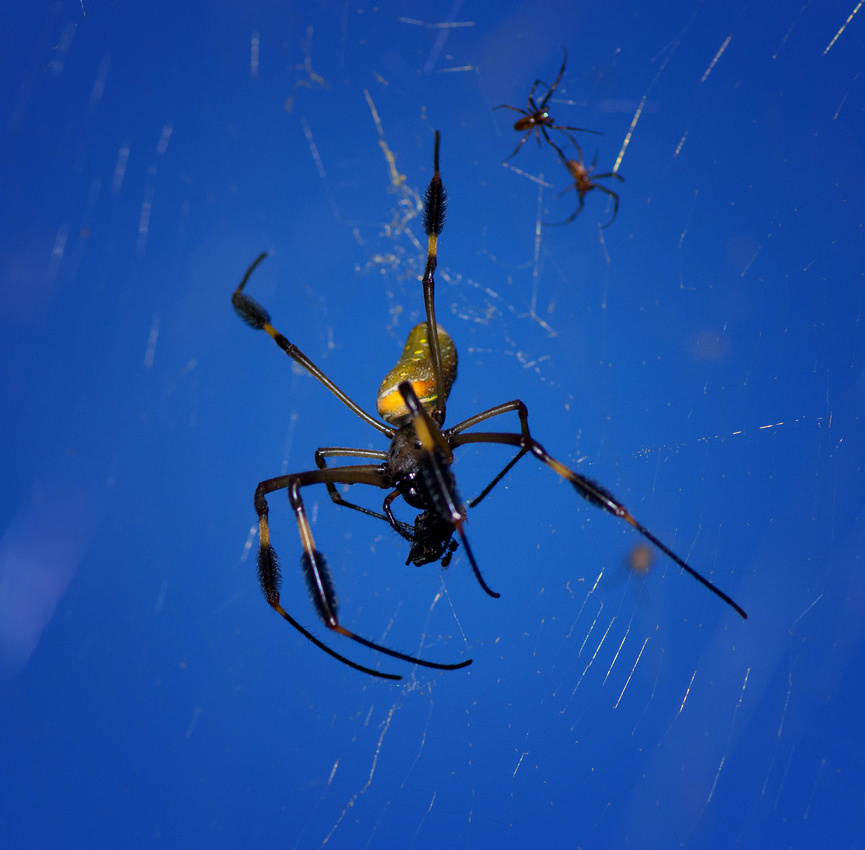 In the afternoon we floated down the Saripiqui River on a small river boat.  There were houses along some of the shore line and the kids love to play and swim in the river. 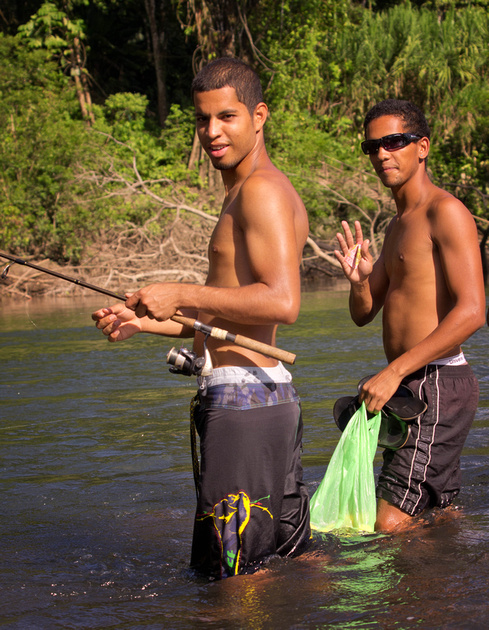 Here were a couple of boys fishing. 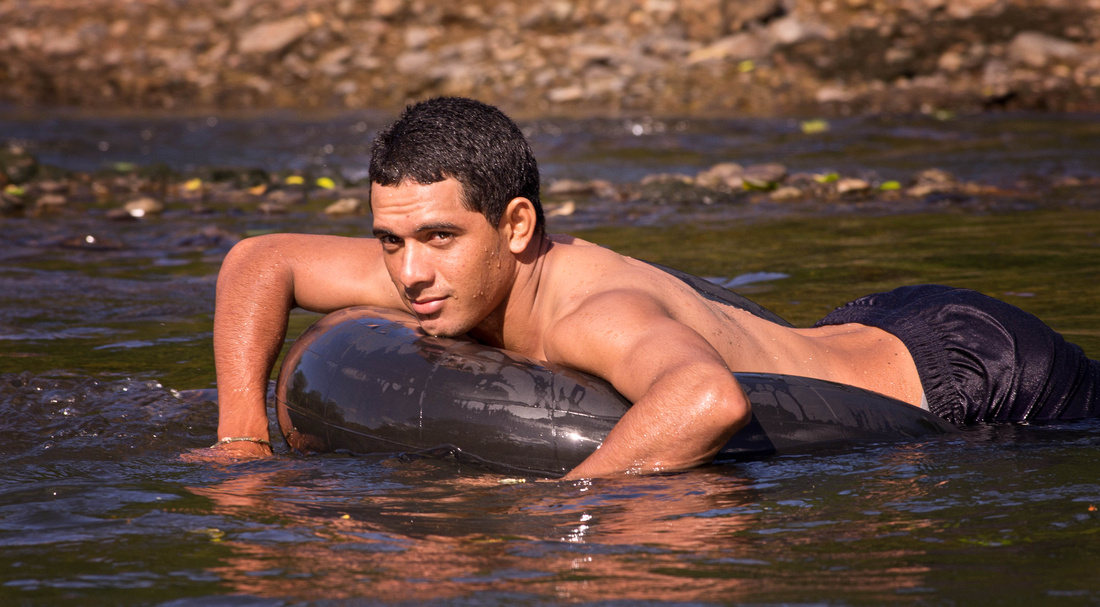 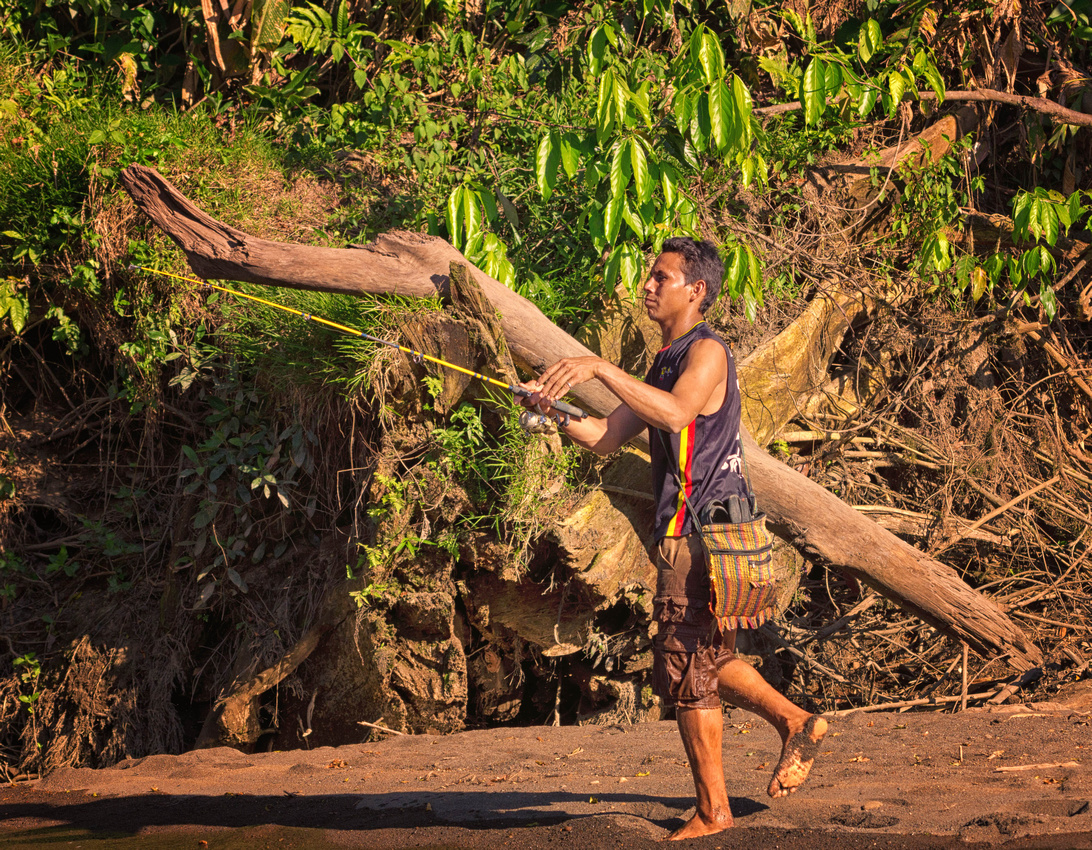 This guy looked serious about his fishing.

Here is a shot which shows just how beautiful the river was with its surrounding trees.  You can also  see other boats  floating in the river.  I really liked how the light fell on the trees and grass. 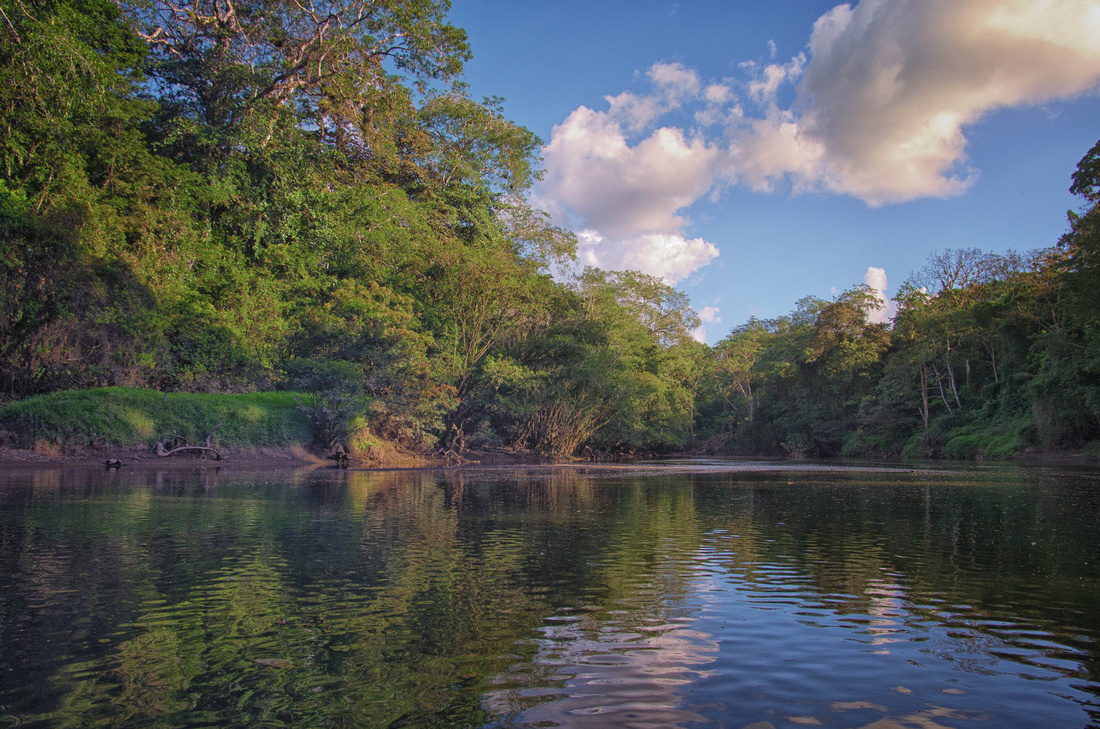 Here is another river picture taken from a different place.  I liked the reflections of the trees and clouds.

Here was a bird pointed out to us on our river cruise.  It is either a Cormorant or an Anhinga (Cormorant-like bird).