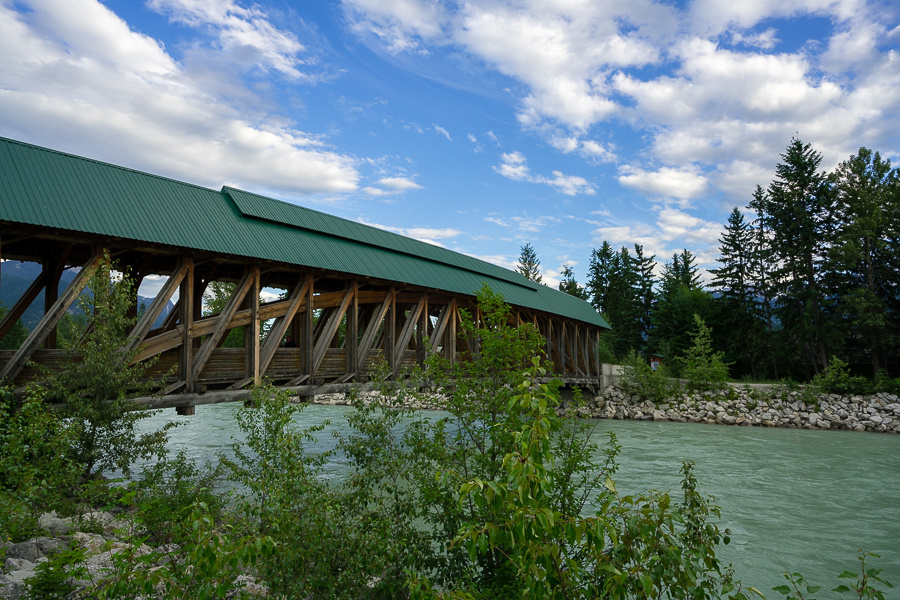 Golden B.C. is a town in southeastern British Columbia, located 262 kilometers west of Calgary, Alberta and 713 kilometers east of Vancouver.  This is a photo of the Kicking Horse Pedestrian Bridge in Golden.  It is an old-fashioned, covered timber-framed bridge, spanning the Kicking Horse river.   The bridge is the longest freestanding timber frame bridge in Canada. 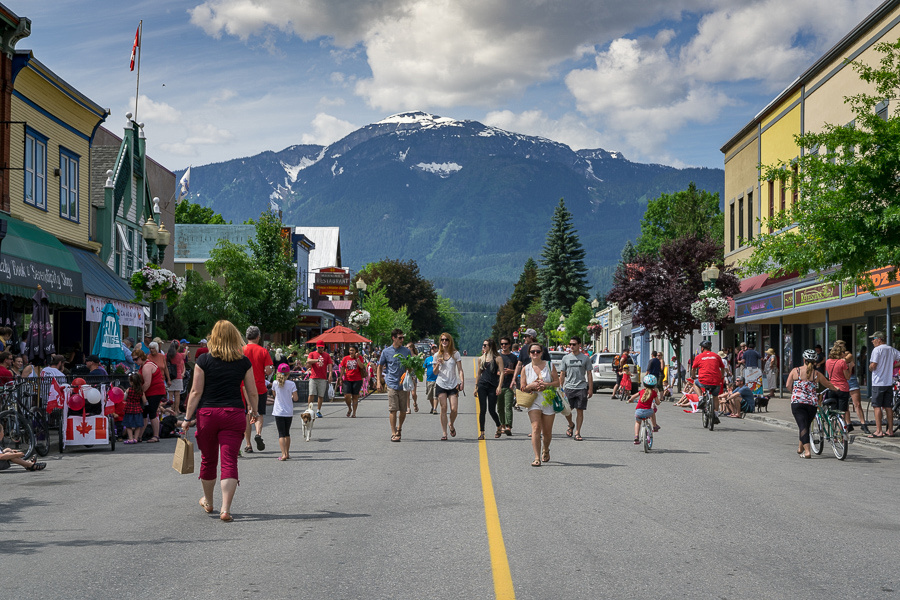 On July 1st, 1867, Canada became a self-governing dominion of Great Britain and a federation of four provinces: Nova Scotia, New Brunswick Ontario and Quebec.  Since 1983, July 1st has been officially known as Canada Day.  On July 1st, we spent the 150th birthday of Canada in Revelstoke, B.C.  Revelstoke is a very picturesque city located 641 kilometers (398 mi) east of Vancouver.  The city is located on the banks of the Columbia River just south of the Revelstoke Dam.   Just east of Revelstoke are the Selkirk Mountains and Glacier National Park. 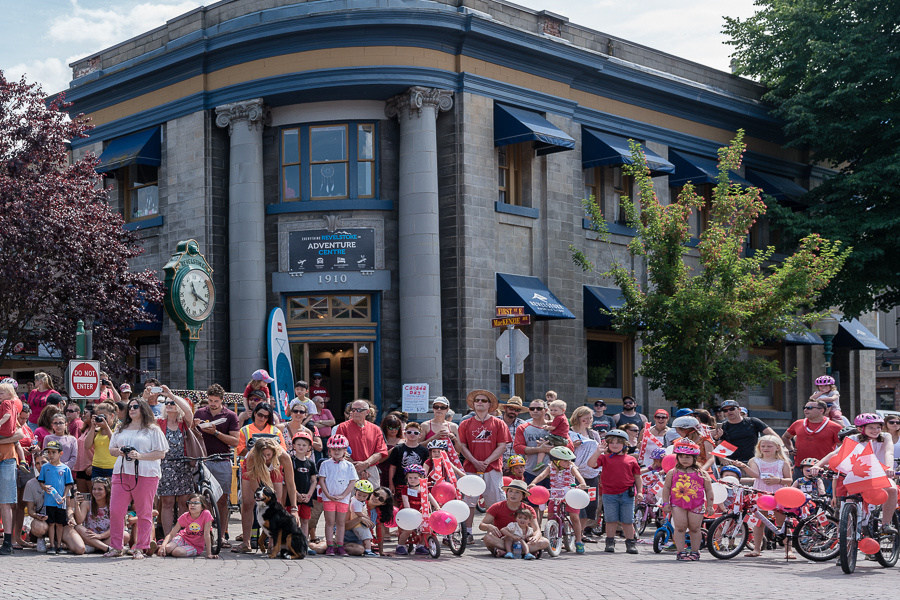 On Canada Day, there was a parade which was fun to watch.  The town was named after Lord Revelstoke, head of Baring Brothers & Co., the UK investment bank that in partnership with Glyn, Mills & Co., saved the Canadian Pacific Railway from bankruptcy in the summer of 1885.   The partnership bought the company's unsold bonds which enabled the railway to be completed. 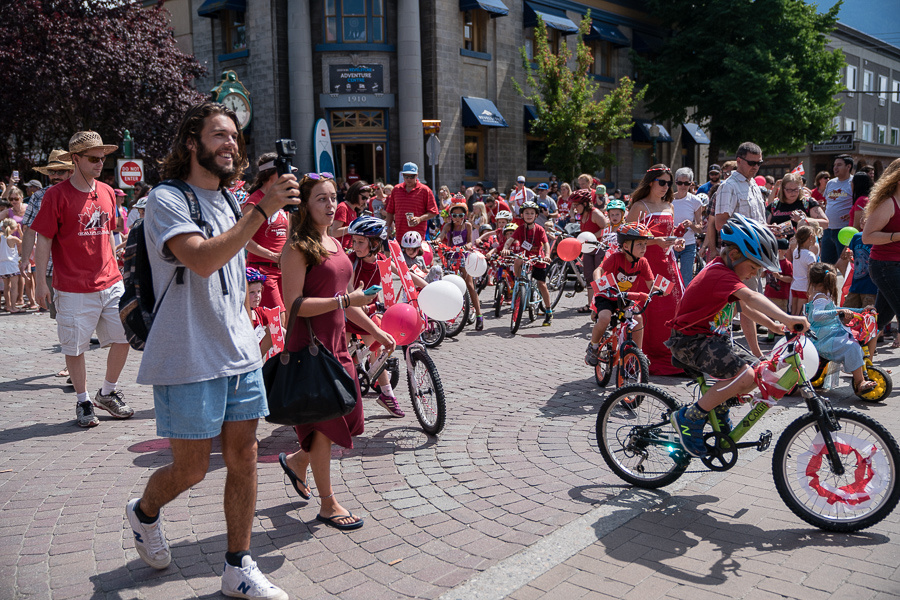 In 2016, the town had a population of 6,719 and many of these people showed up for the parade.  The town was founded in the 1880's when the Canadian Pacific Railway was built through the area.  Mining was an important early industry.  Since the construction of the Trans Canada Highway in 1962, tourism has been an important part of the local economy.  Skiing has emerged as the most prominent tourist attraction. 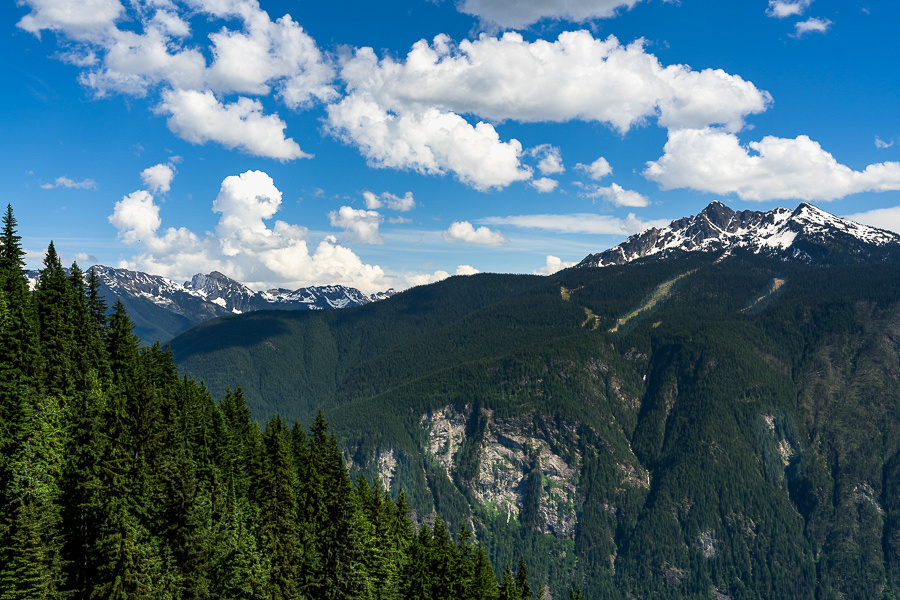 We spent the afternoon driving through the area.  It was very hot- about 34 degrees C (93 F). 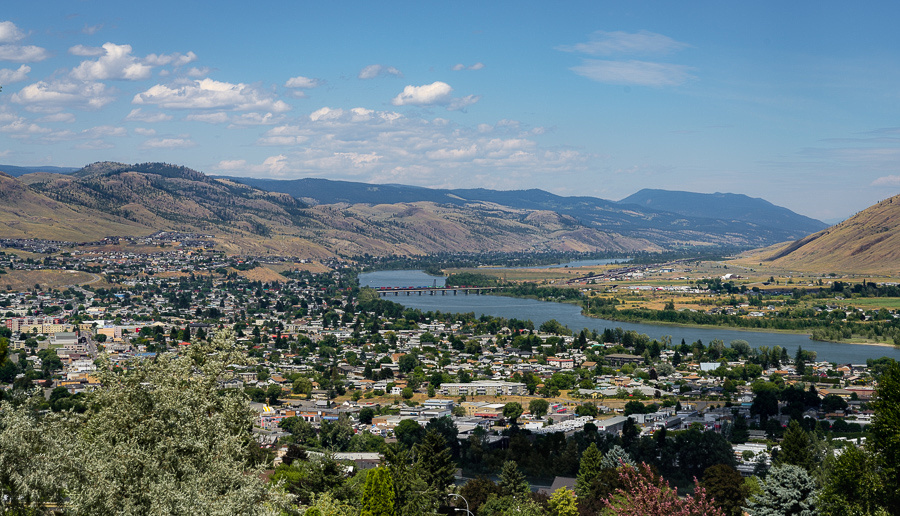 The town of Kamloops B.C. 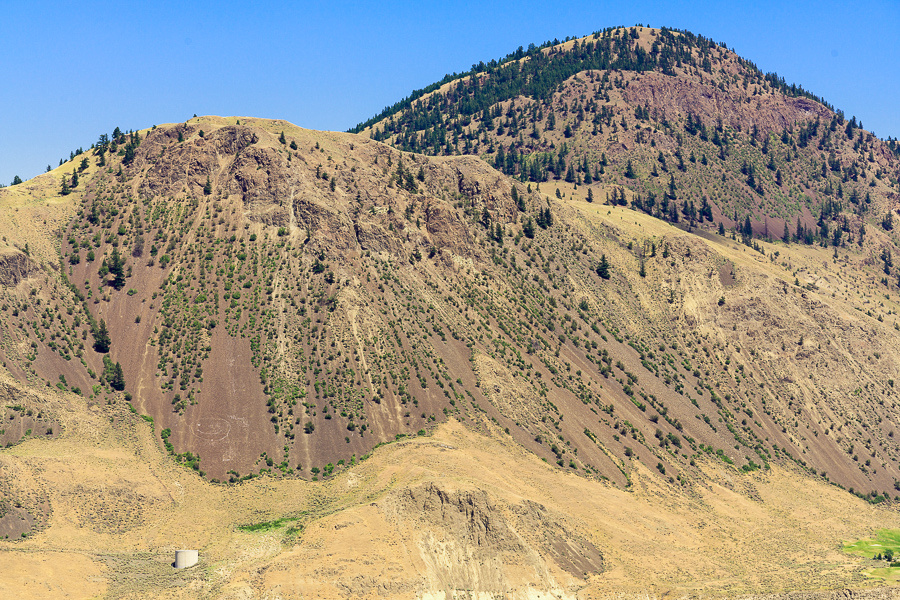 Parts of the drive reminded me a bit of Arizona. 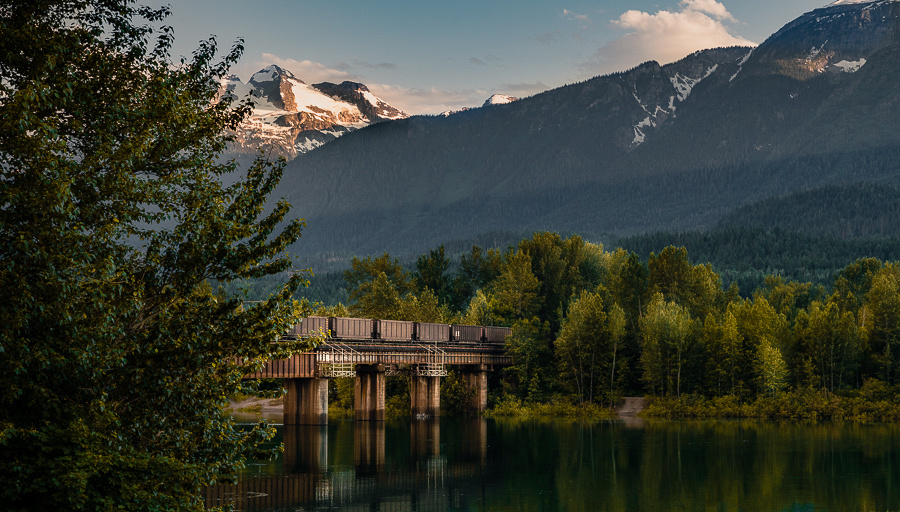 On our second night in Revelstoke, we walked to the park across the street from out hotel to enjoy the mountain scene. 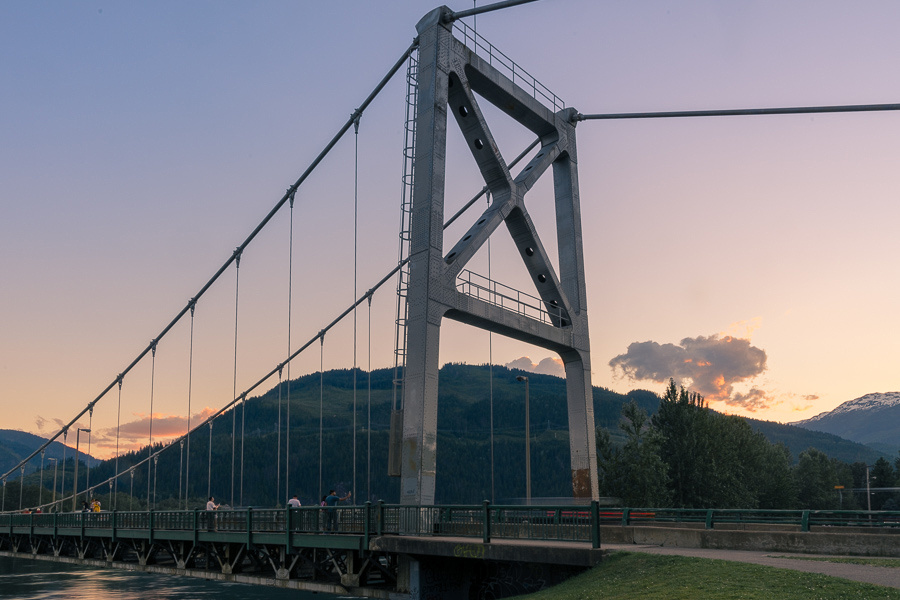 After leaving Revelstoke we drove to Vancouver where we spent just over two months.

Tricia Matheson(non-registered)
Revelstoke is beautiful. The photo you got of the locals out for the parade is great! You have most of the people facing you and they are all engaged in taking part in the parade. Well done! Especially liked your photo of the panorama of Kamloops. They talk about how dry it is there and how it is often ravaged by fires. In your photos, you can really see why.
Gerda Grice(non-registered)
Beautiful captures of the scenery and bridges and fun shots of the Canada Day festivities, Marsha!
Jane Jamison(non-registered)
Beautiful vistas! The celebration looks as though it was a fun occasion.
Duncan(non-registered)
Thanks, Marsha. These pix brought back a lot of memories of my 4 trips across Canada (2 each way).
No comments posted.
Loading...
Subscribe
RSS
Recent Posts
Last evening in Chania Chania and Selton Litania Beach Chania and Balos Beach Sunrise in Chania and a morning visit to the market Rethymno's market and a visit to Anogia Village Early morning in the harbour of Rethymno and a visit to the Fortezza Fortress Crete, day 3 Crete, day 2 Crete Last day on Milos
Keywords
Croatia Crete Morocco Cuba alberta National Park galapagos Newfoundland France
Archive
January February March April May June July August September October November December
© Marsha Fouks