Continuing the drive on the Beartooth Highway 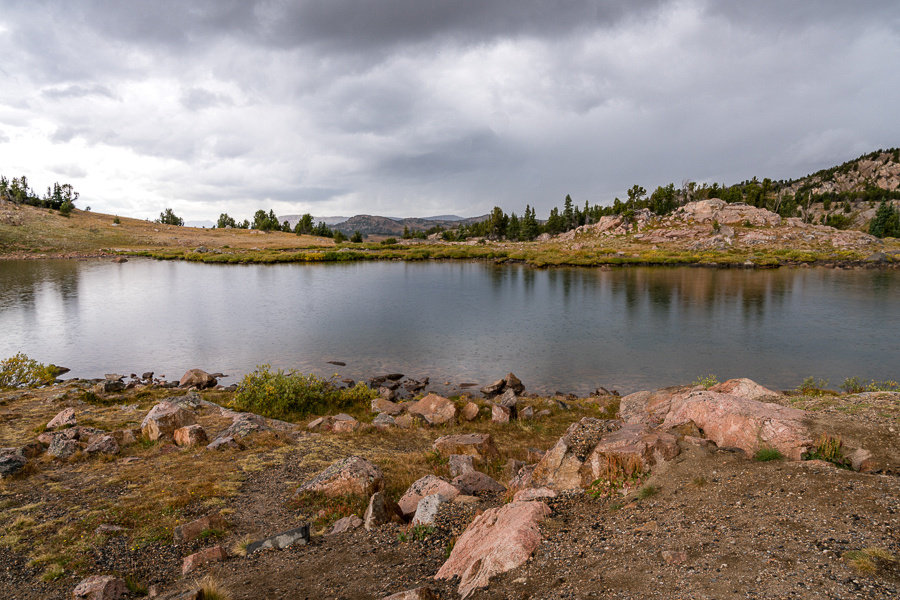 Fortunately for us, we did not get the rain as we made our way down the mountain pass. 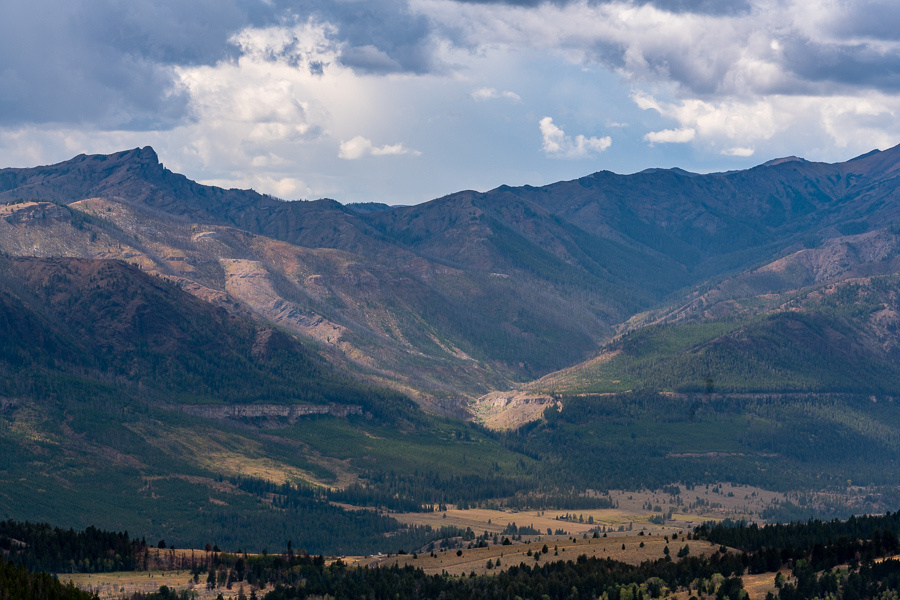 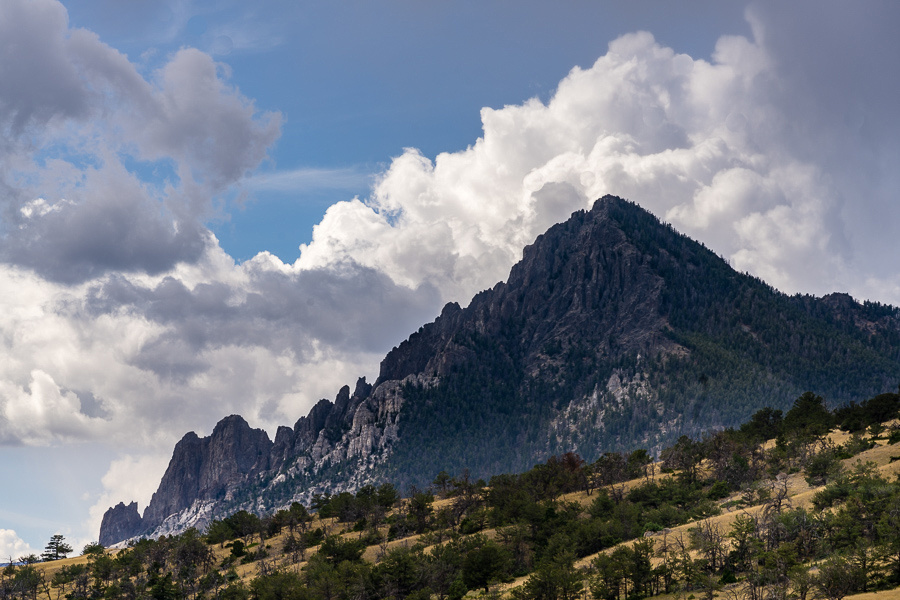 The weather actually cleared up and we saw some blue skies. 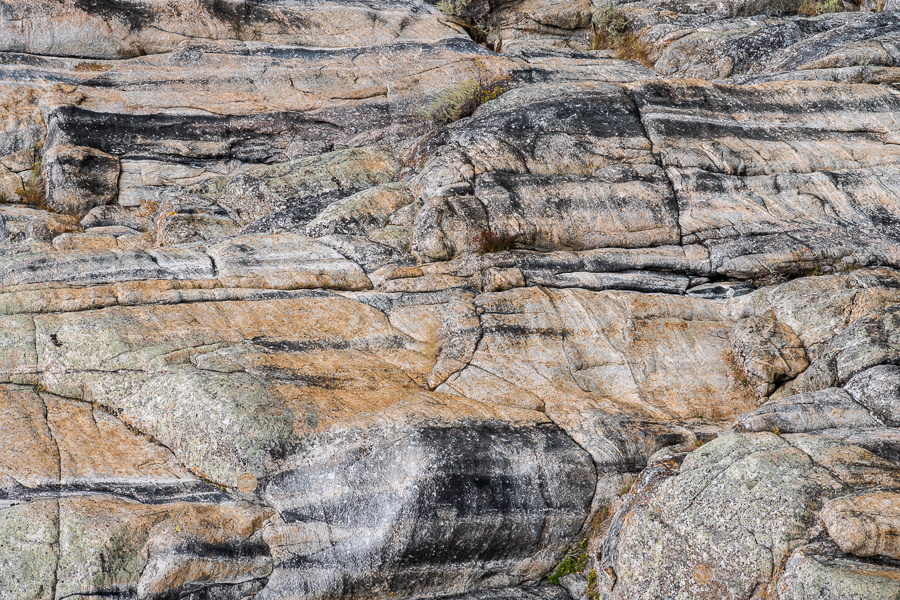 A close up of the colorful rock formation. 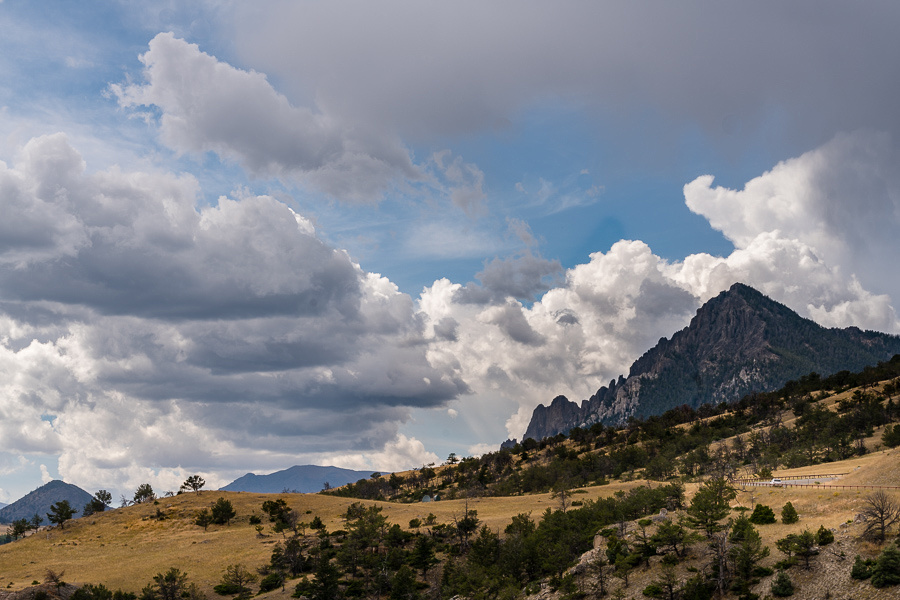 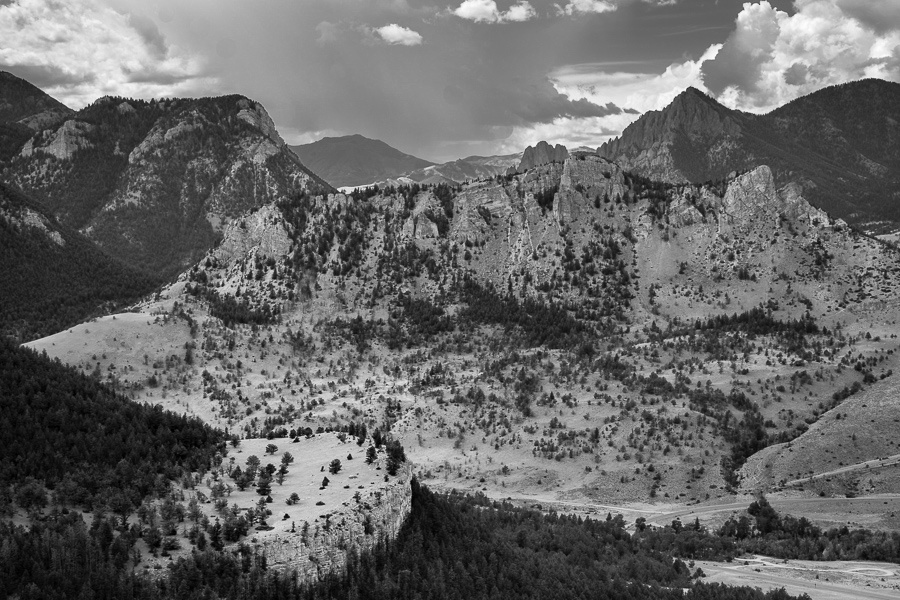 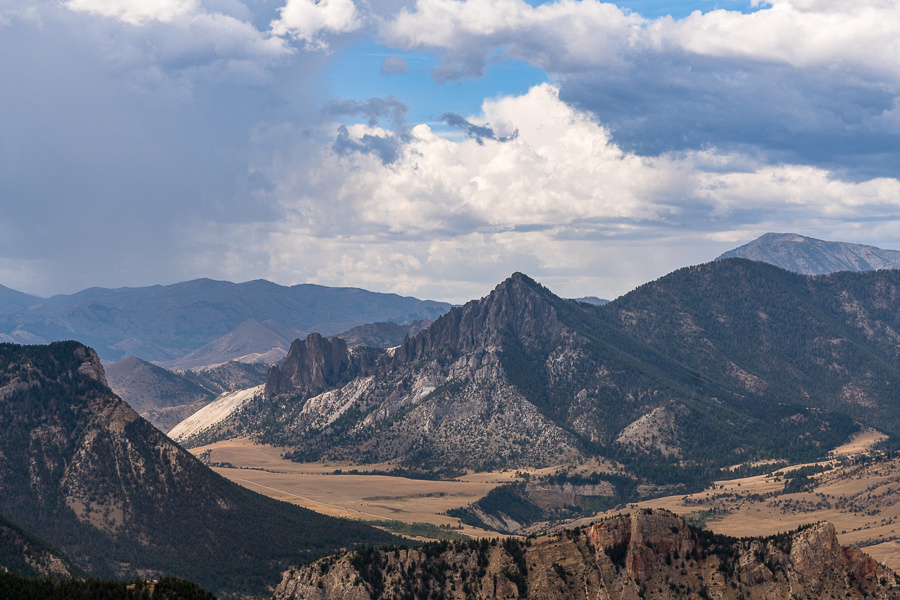 This is the area of Bear Paw Mountain.  On October 5, 1877, Nez Perce leader Chief Joseph, formally surrendered his forces to the US Army at Bear Paw Mountain.  This effectively ended the Nez Perce War of 1877.  The Nez Perce were promised by General Miles a safe return to the Wallowa Valley, however the general was overruled by Washington.  The survivors were not allowed to return to their homelands until the mid 1880's. 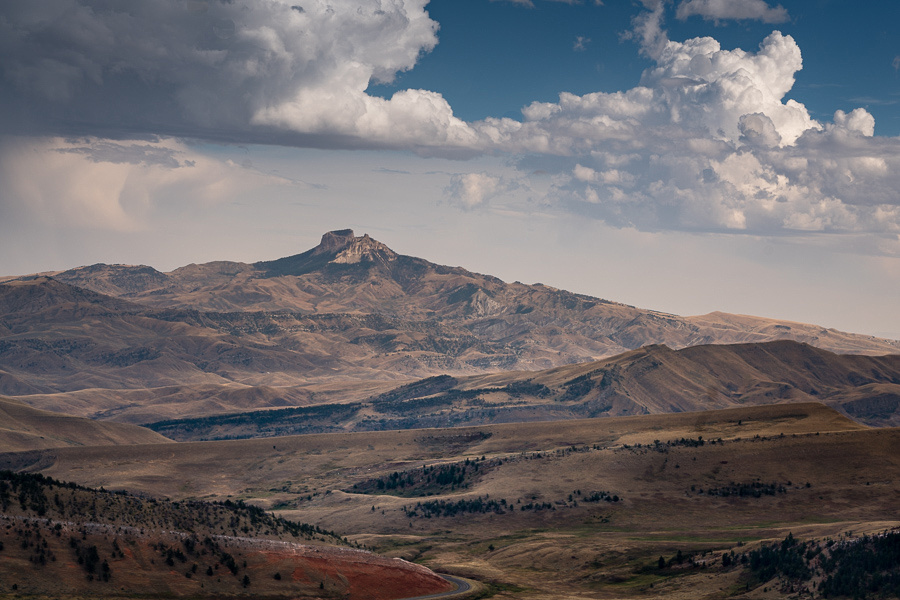 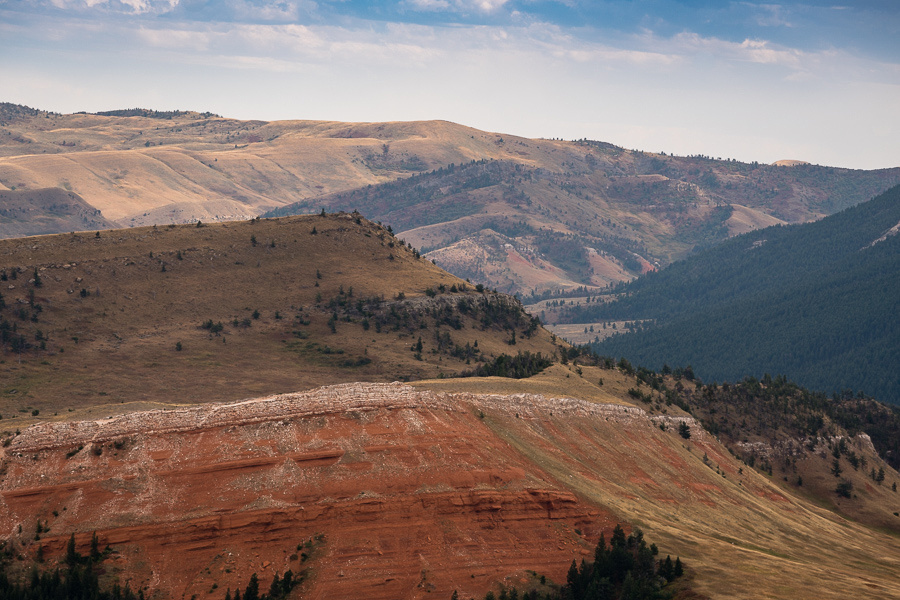 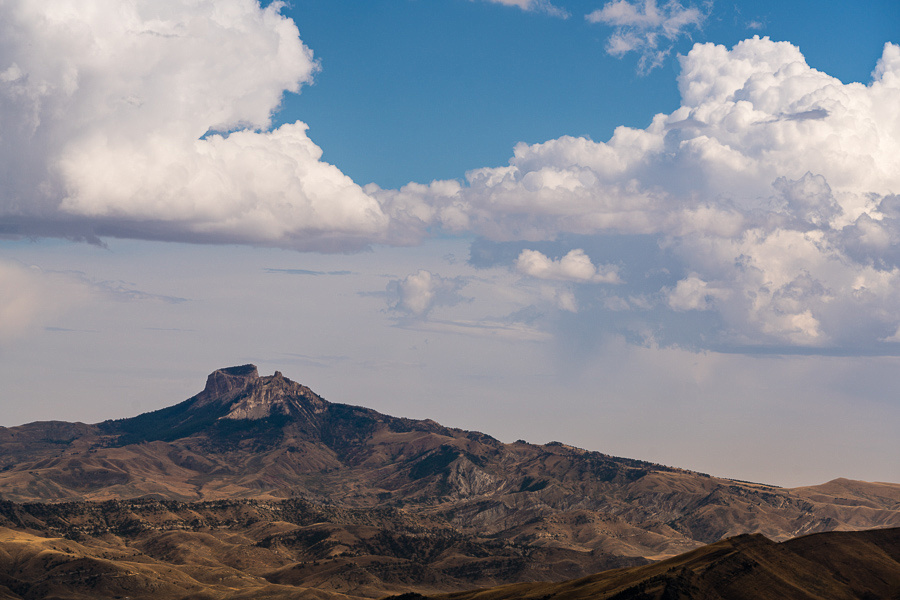 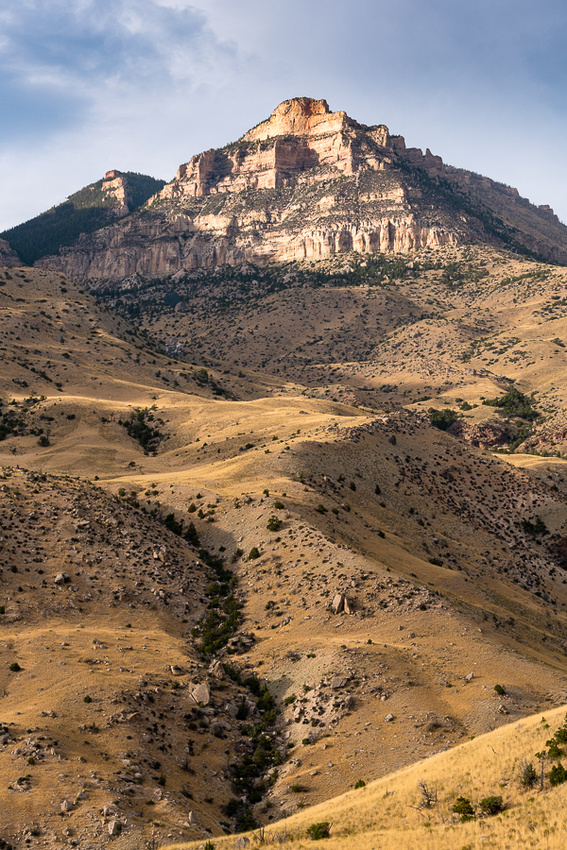 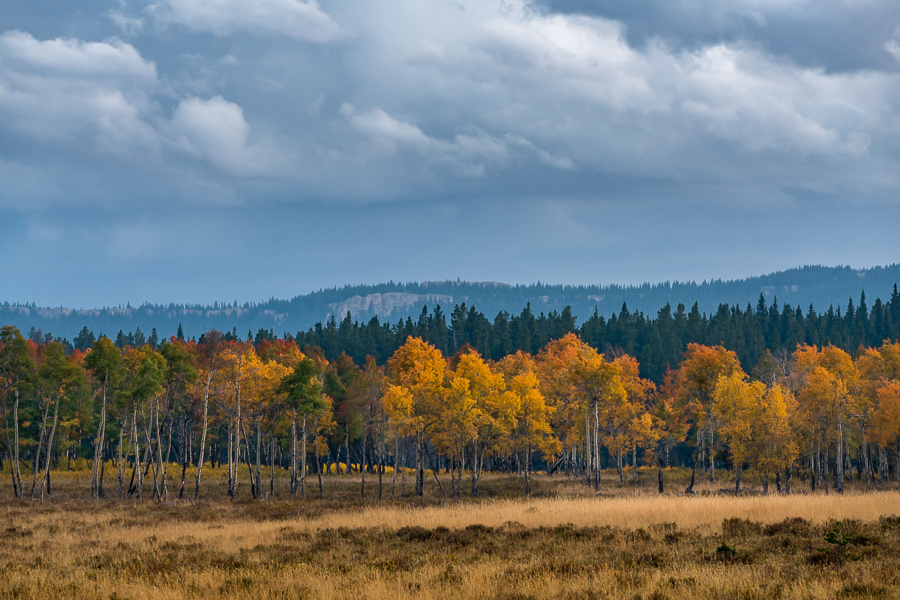 The fall colours were beautiful. 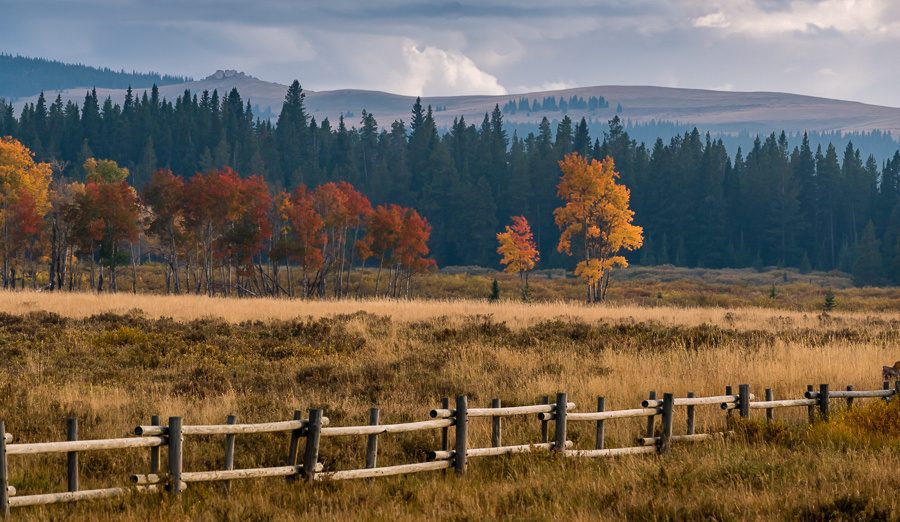 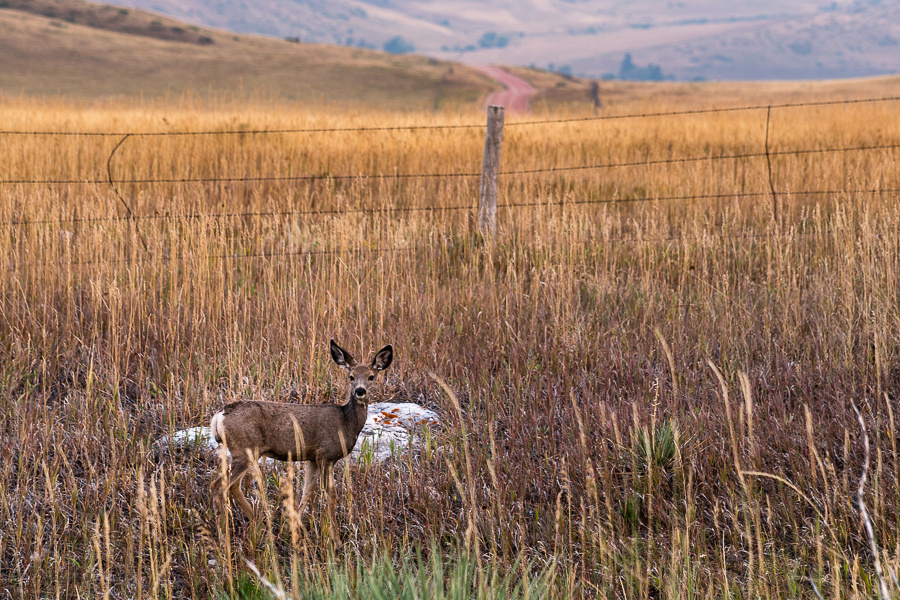 Ralph spotted this deer on the side of the road so we stopped to photograph it at the end of the day.

Tricia Matheson(non-registered)
Beautiful landscape photography, Marsha. Love that big-eared deer!
Bill(non-registered)
What a drive?
Maureen Nilsson(non-registered)
What a beautiful drive this must have been. It's hard to choose as usual but I love the one with the mountains in the background and the fence in front. Nice work Marsha!
Kim Schueler(non-registered)
Love all. BLACK AND WHITE LOOKS LIKE SN ANSELL ADAMS.
Wendy(non-registered)
I love the colours of the fall foliage! The landscape is impressive. I really like how you've captured the cloud formations as well.
No comments posted.
Loading...
Subscribe
RSS
Recent Posts
Queenstown and Glenorchy Moeraki Boulders and Milford Sound Penguins, Seals and Sheep Southern Alps, New Zealand Last evening in Chania Chania and Selton Litania Beach Chania and Balos Beach Sunrise in Chania and a morning visit to the market Rethymno's market and a visit to Anogia Village Early morning in the harbour of Rethymno and a visit to the Fortezza Fortress
Keywords
Croatia Crete Morocco Cuba alberta National Park galapagos Newfoundland France
Archive
January February March April May June July August September October November December
© Marsha Fouks