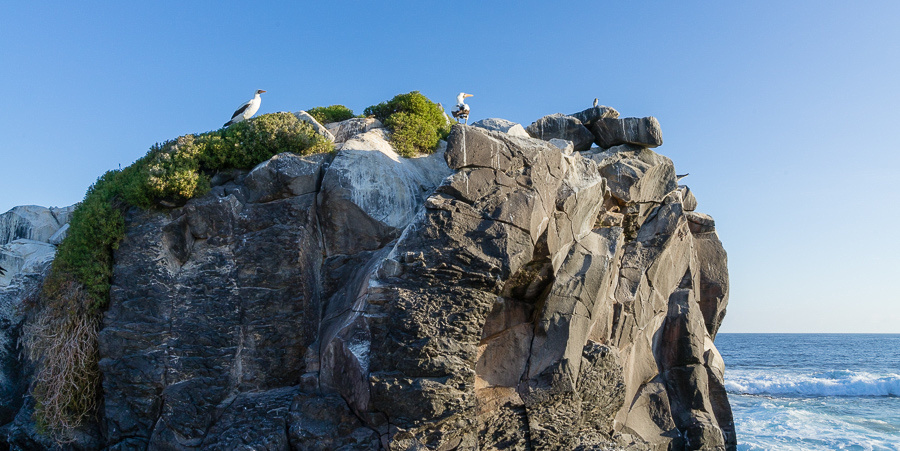 We spent some time hiking  on the trails in Punta Suarez, watching the birds on the cliffs.  It is thought that the steep bluff facing the southeast trade winds is the reason why the albatross chose this island.    Both adults and juveniles are able to fly with effortless ease by jumping off the cliffs. 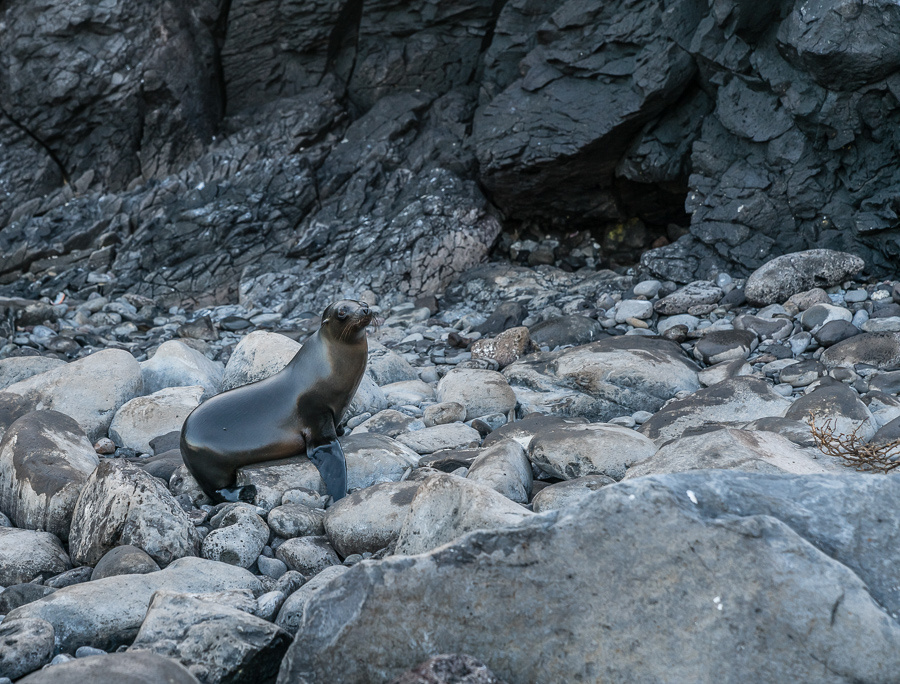 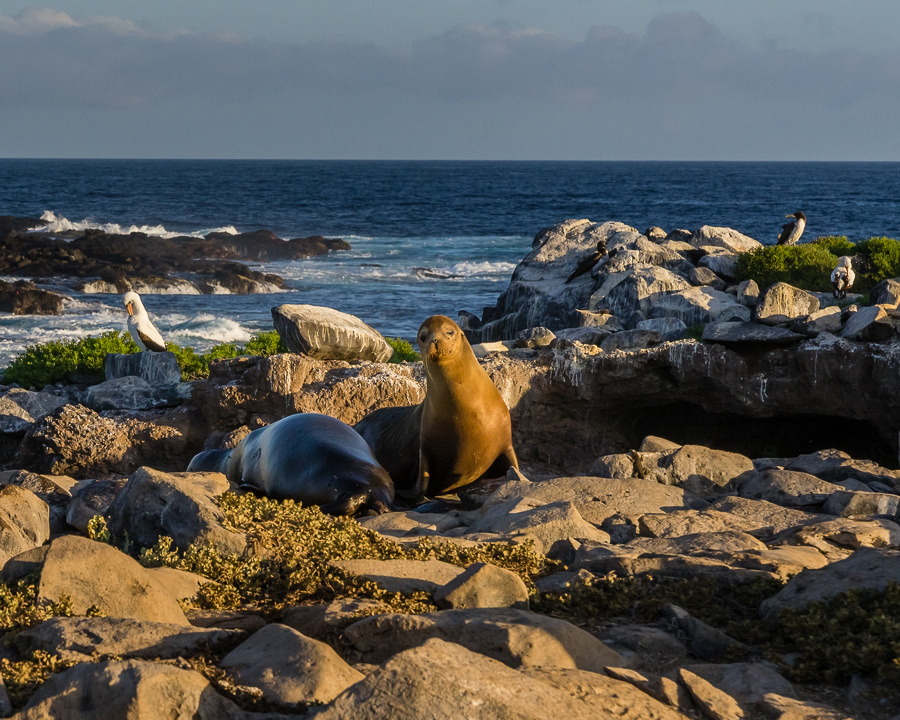 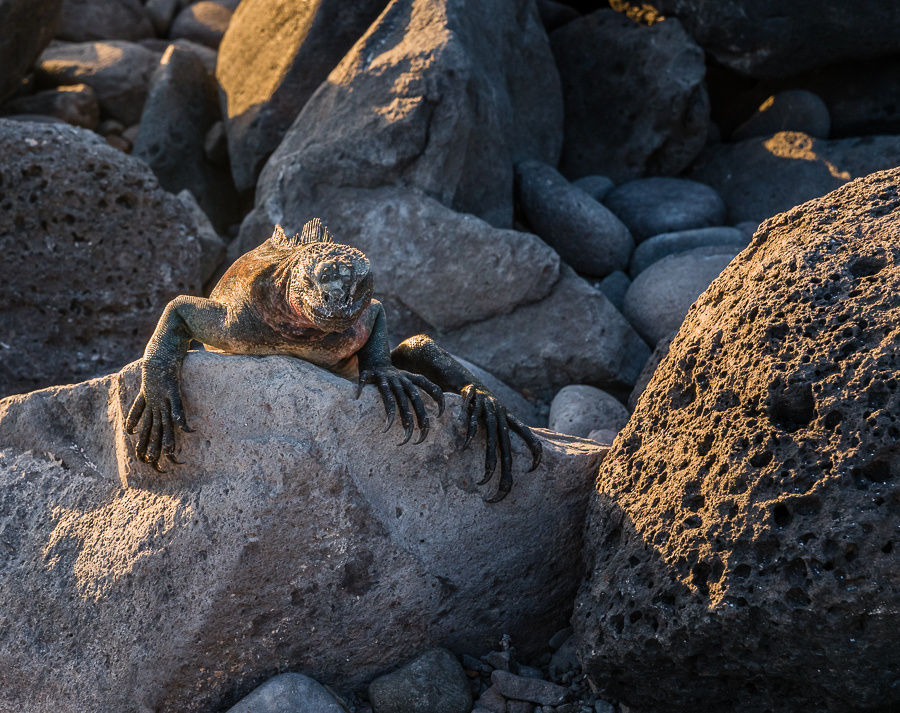 Another marine iguana.  Since these iguanas have the ability to forage in the sea, they are marine reptiles. 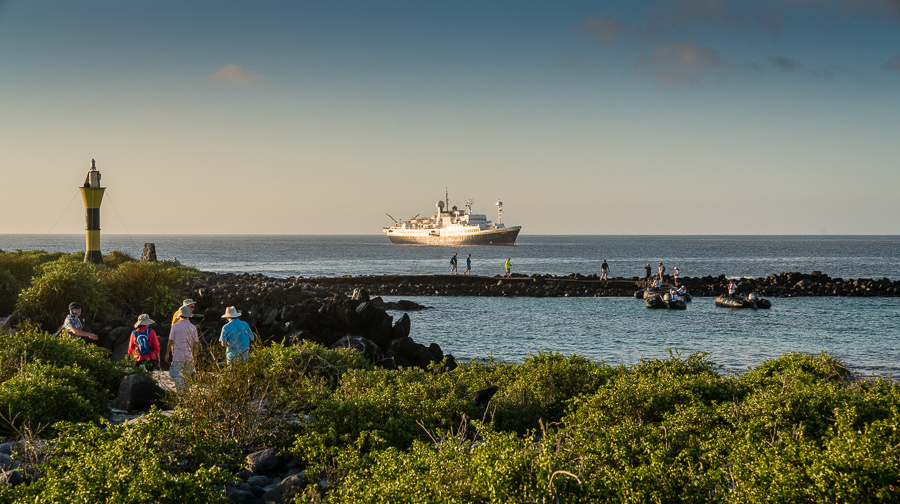 One of our groups heading back to the ship at the end of the day.  In 1986, a law was passed to control fishing and over-exploitation of Galapagos marine animals. One of the threats to the Galapagos is increased tourism  so in  1998, a visitor management system including permits and quotas was implemented.    Therefore, the amount of people allowed on the islands as well as the amount of time spent is controlled.  When we went ashore,  we always divided up into smallish  groups with at least one geologist lecturing about the land and the animals.     However, while I was on the islands, I never actually felt rushed. 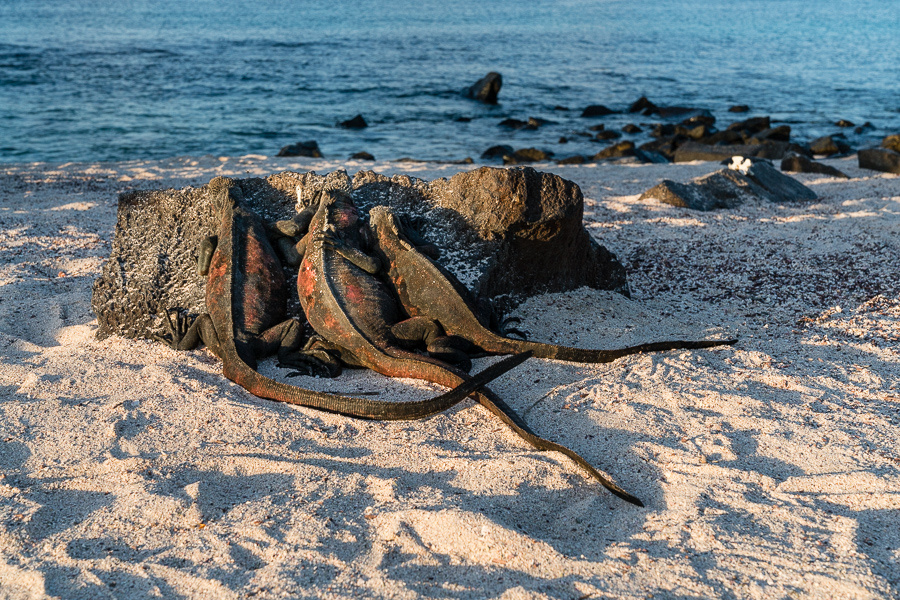 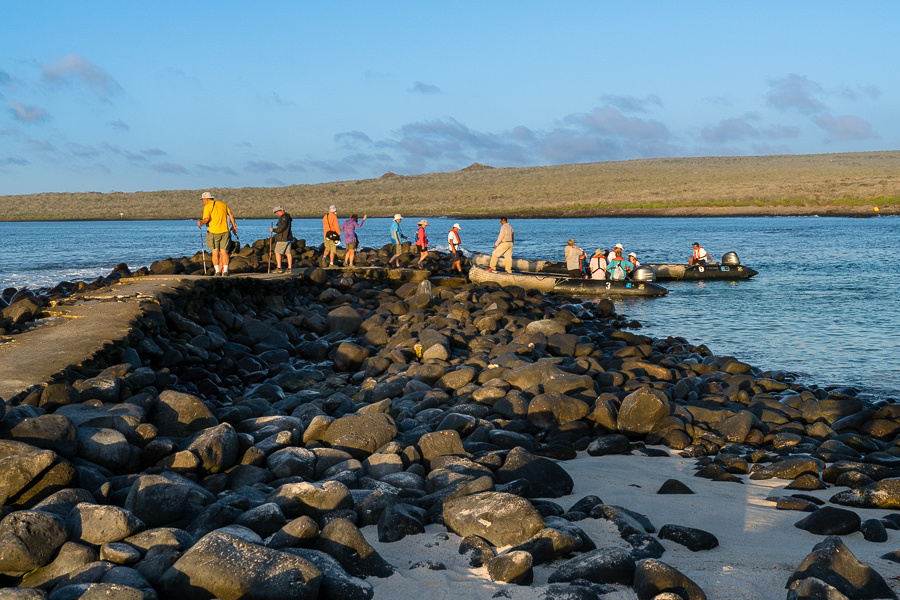 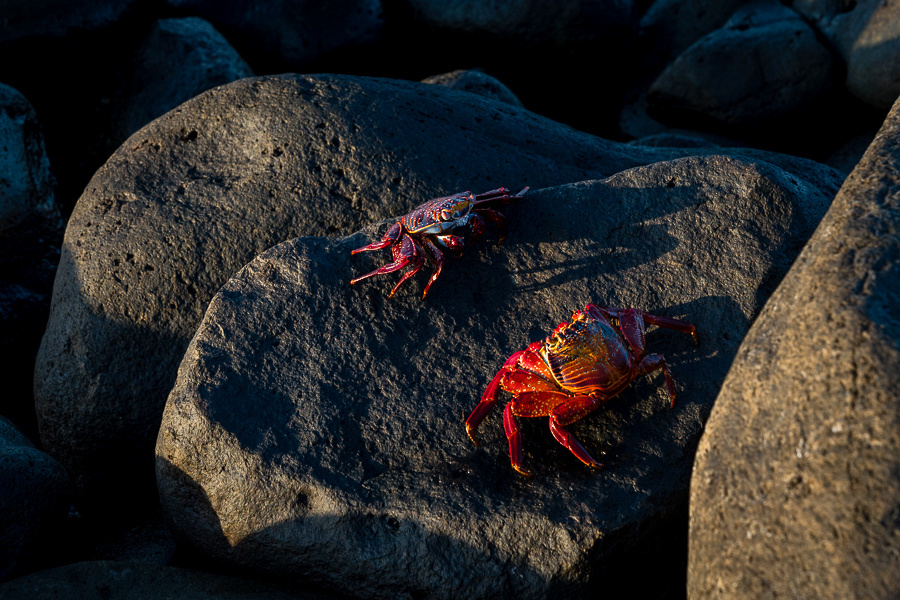 There  were Sally Lightfoot crabs everywhere on the rocks.  These crabs are brightly-coloured coastal scavengers found in the Galapagos Islands and across  the western coast of South and Central America.  They are rumored to be named after a Caribbean dancer, due to their agility in jumping from rock to rock, their ability to run in four directions and their capacity to climb up vertical slopes. These characteristics make it very difficult to catch them. 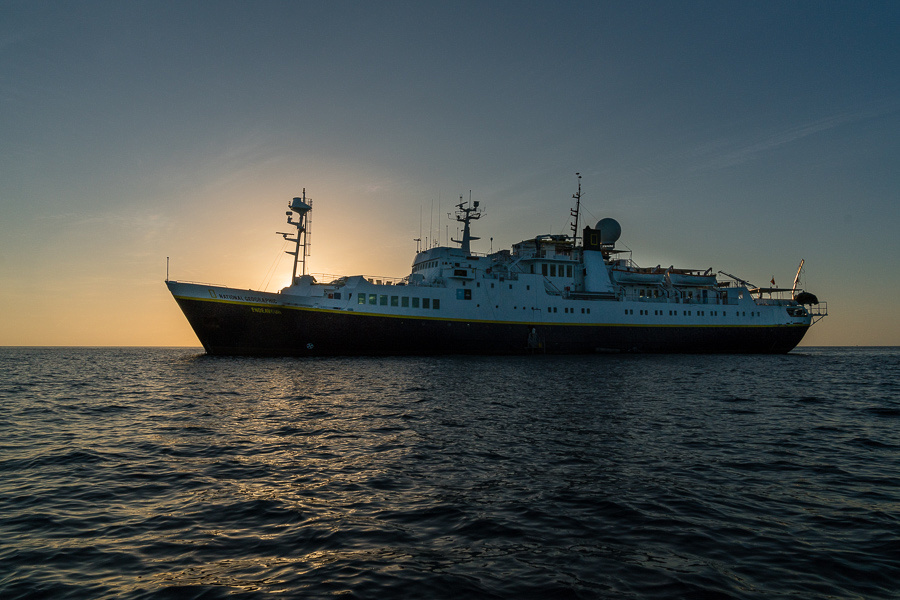 Our ship was the MS National Geographic Endeavour, build in 1966.  The ship had room for 96 passengers and 68 staff and crew.  The bedrooms were small but very comfortable.  The food was excellent and everything ran very smoothy.   The ship had a small gym (I never went).  There was a very large lounge where we had some lectures and people spent time socializing.   Often it was fun to just sit outside and watch the various islands and birds in the sky.  There was also a small swimming pool.   After dinner there were some activities including local entertainment, lectures  or movies.    However, during the day we were  kept busy with various outdoor  activities.  There were scuba/snorkeling expeditions, hikes and/or walks on land, normally  twice a day,  glass bottom boat rides, kayaking or Zodiac boat rides.

Deborah Ross-Grayman(non-registered)
What a wonderful way to see the world, Marsha! I am so awed by your adventurous spirit and your commitment to your photography. The lighting is amazing and it was great to see all these creatures in their natural habitant. I appreciated your words describing the ship you were on and the trip in general. Kol Ha Kavod!!
Jane Jamison(non-registered)
Thanks for sharing, Marsha! I liked the colorful crabs and the iguanas best. The long finger claws on the iguana were amazing! I'll share your blog with my friend Marcia, whose husband is a diver and has Galapagos on his short bucket list!
Maureen Nilssoon(non-registered)
Well here we have another series of amazing shots from the Galapagos. I particularly love the brightly coloured Sally Lightfoot crab and the marine iguana. This must have been a fabulous trip. Great photography again Marsha.
Gwendolyn Rattle(non-registered)
again, I am struck by the clever use of lighting to capture the beauty of this unique set of islands.
I am so glad you do my travelling for me!
San Danudjaja(non-registered)
Wow, some beautiful pictures you took and I really enjoy reading the elaborate comments! Well done, Marsha.
No comments posted.
Loading...
Subscribe
RSS
Recent Posts
Fox Glacier Haast Wanaka Queenstown and Glenorchy Moeraki Boulders and Milford Sound Penguins, Seals and Sheep Southern Alps, New Zealand Last evening in Chania Chania and Selton Litania Beach Chania and Balos Beach
Keywords
Croatia Crete Morocco Cuba New Zealand South Island alberta National Park galapagos
Archive
January February March April May June July August September October November December
© Marsha Fouks