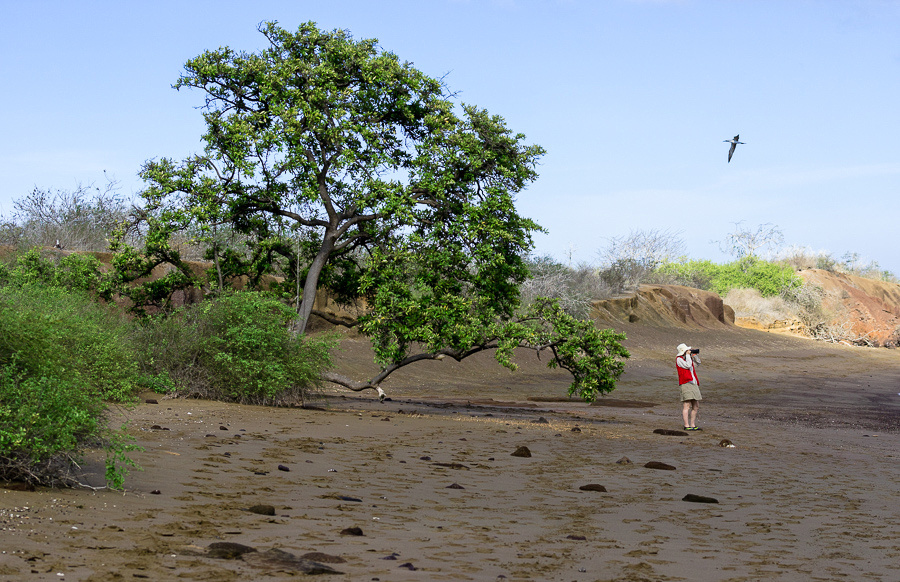 On May 23, we visited Floreana Island, also known as Santa Maria or Charles Island,  This island sits in the southern region of the archipelago.  In the early morning we visited Cormorant Point before breakfast where the temperature was perfect as we walked along the sandy beach. 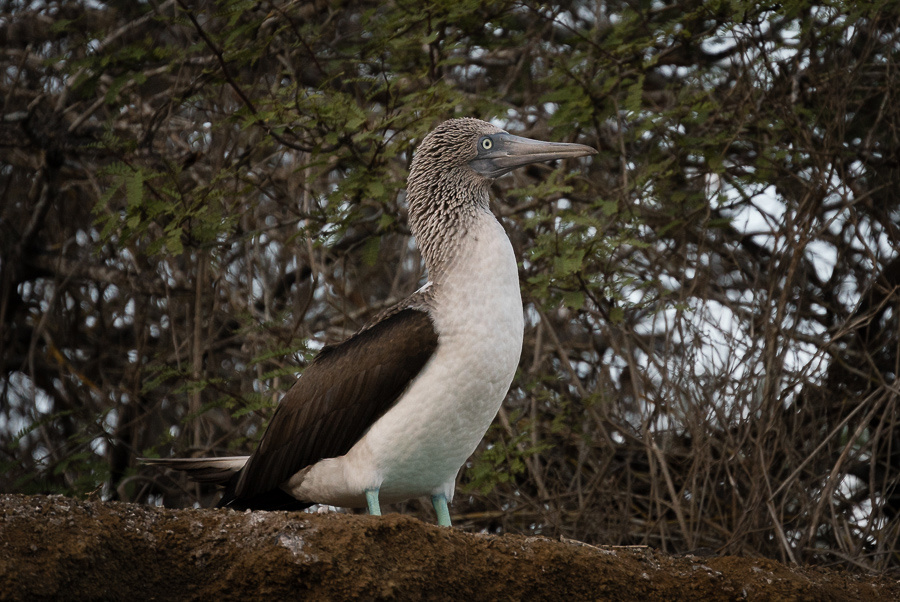 This is the first time I saw a Blue-Footed Booby. 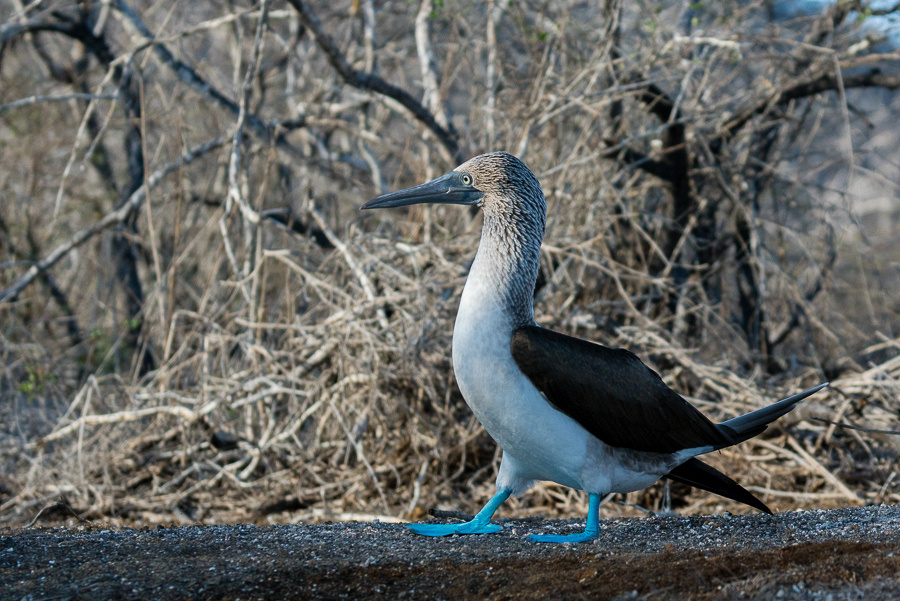 The Blue-Footed Booby is a marine bird native  to subtropical regions of the eastern Pacific Ocean.  It is easily recognizable by its distinctive bright blue feet.  Males display their feet in an elaborate mating ritual by lifting them up and down while strutting before the female.  Approximately one half of all breeding pairs nest on the Galapagos Islands. 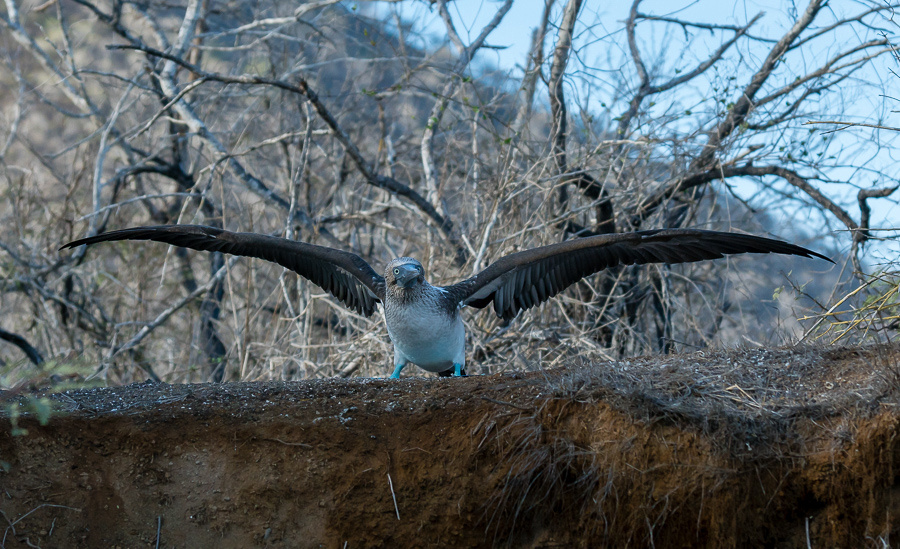 The diet of the Blue-Footed Booby consists mainly of fish, which it obtains by diving and sometimes swimming underwater in search of its prey.  The female is slightly larger than the male and can measure up to 90 cm(35in)with a wingspan of up to 1.5m (5ft). 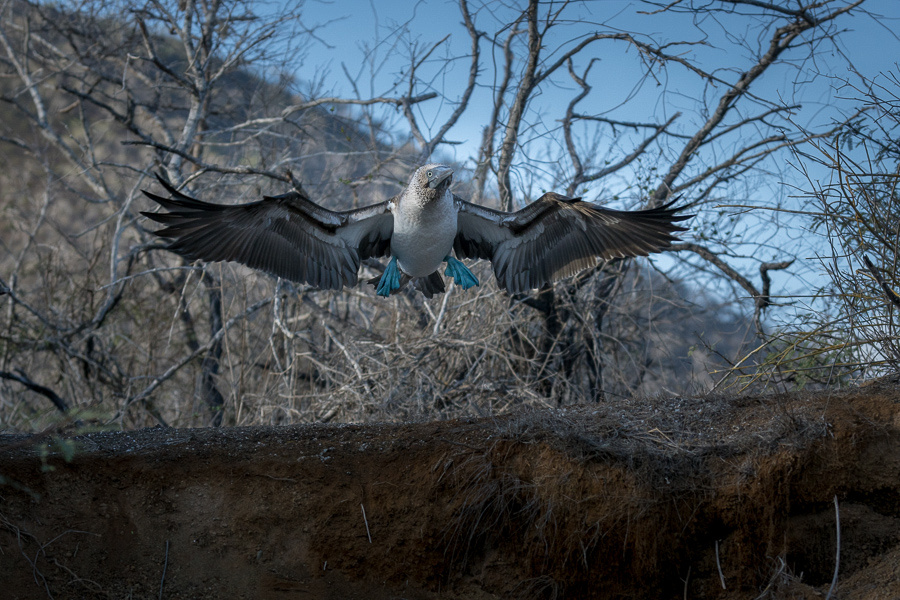 I watched the bird take off.  The blue color of the Blue-Footed Booby's webbed feet comes from carotenoid pigments obtained from its diet of fresh fish. 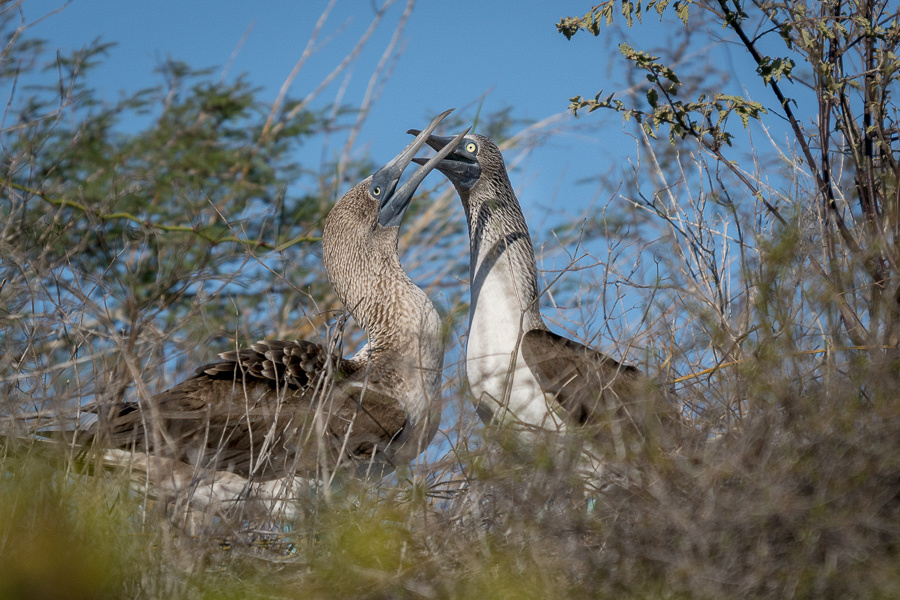 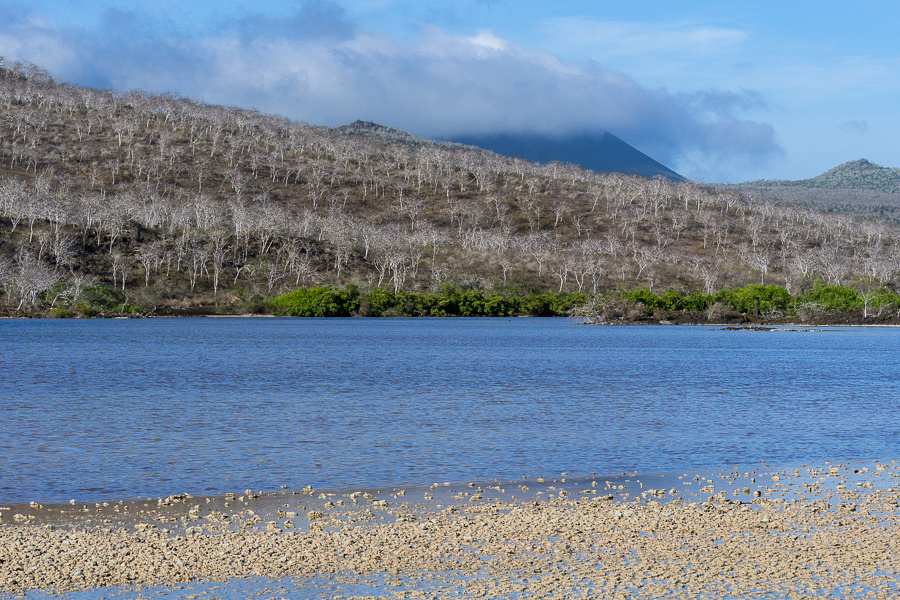 After breakfast, we sailed to Champion Island where we went out on the Zodiacs to explore the area. 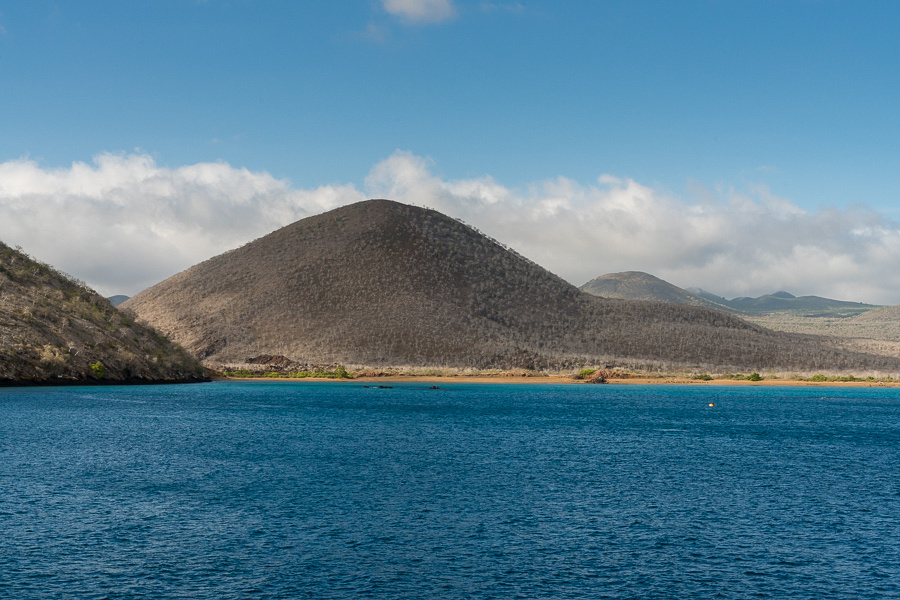 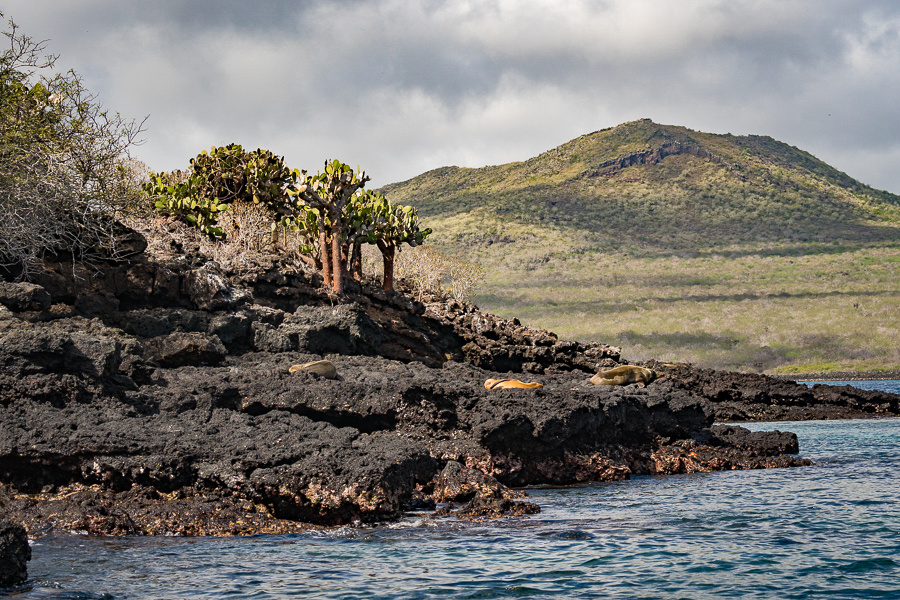 There is a large colony of California sea lions in the area. 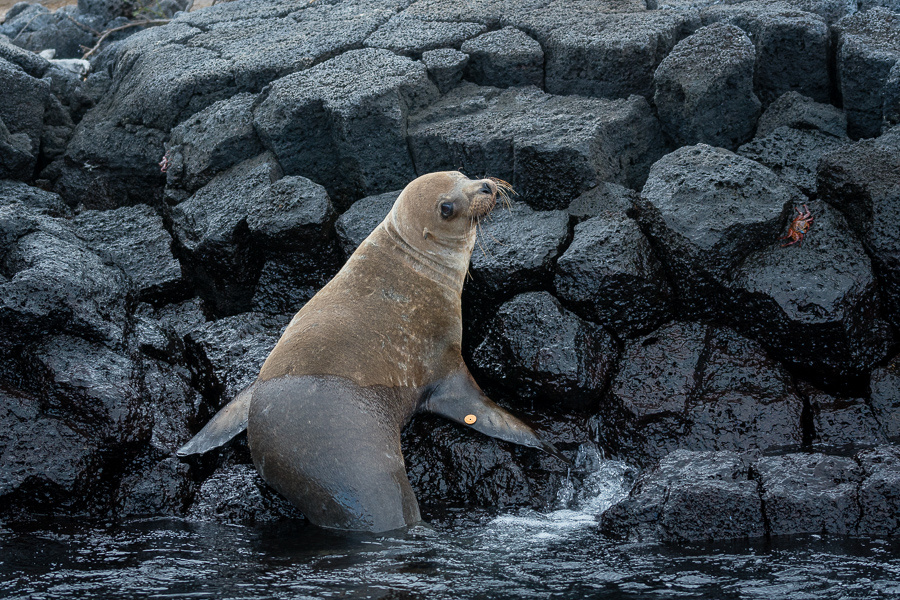 Sea lions feed on a number of species of fish and squid and are preyed on by orcas and white sharks.  Sea lions are very intelligent, can be trained to perform various tasks and display only limited fear of humans.  On these Islands, you could walk up to them (although best to keep some distance) and they didn't even seem to blink. 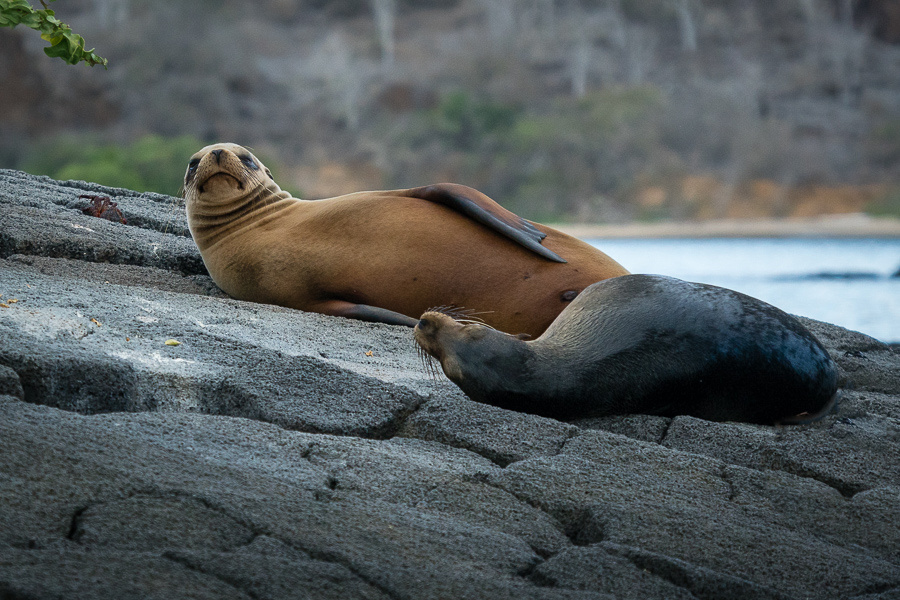 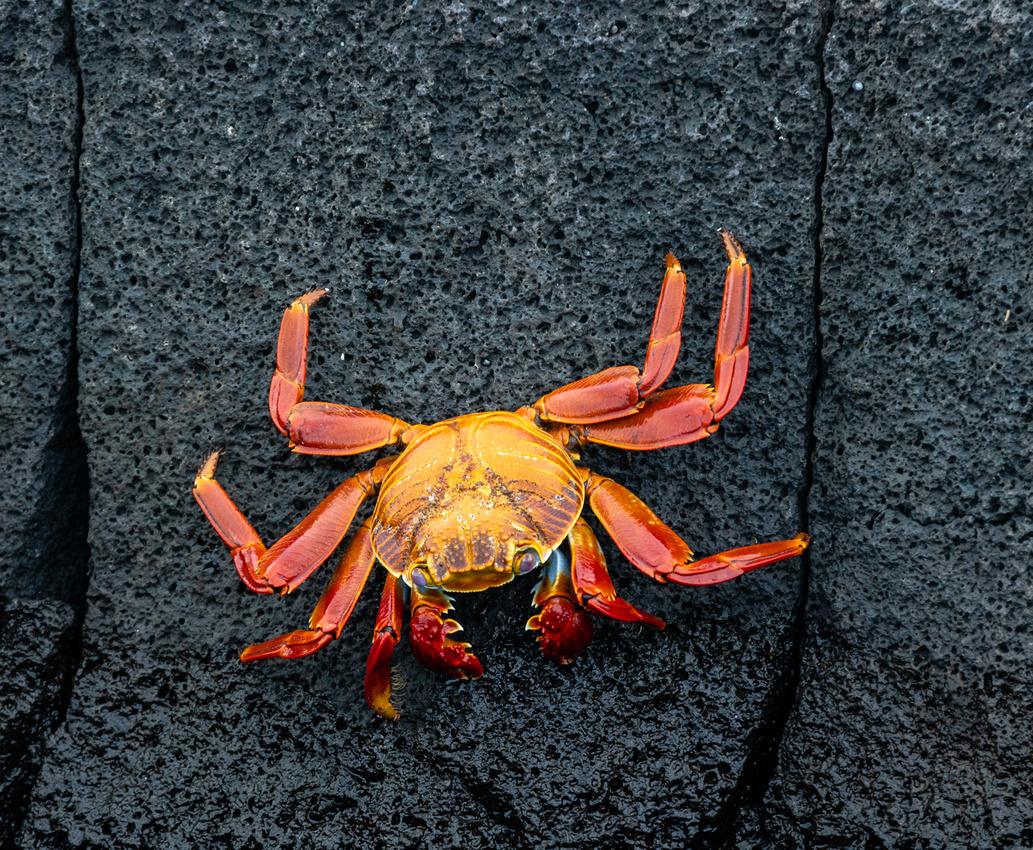 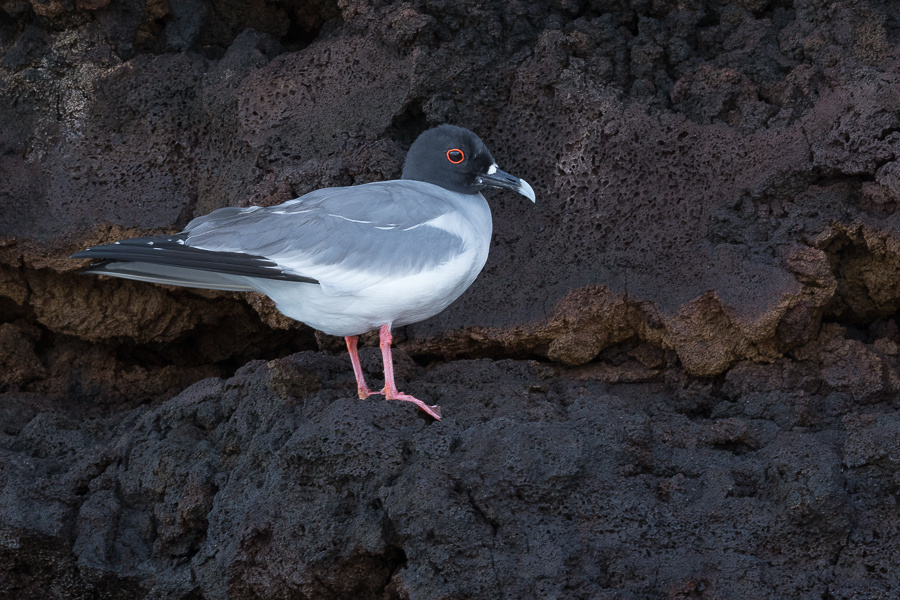 The Swallow Tailed Gull is  endemic to the Galapagos Islands.  This bird has over fifty colonies spread over the entire Galapagos archipelago.  This bird is unique among the gulls for feeding exclusively at night and it is  the only nocturnal gull in the world.  Its night- adapted eyes allow it to feed miles from shore on fish and squid captured from the surface of the ocean. 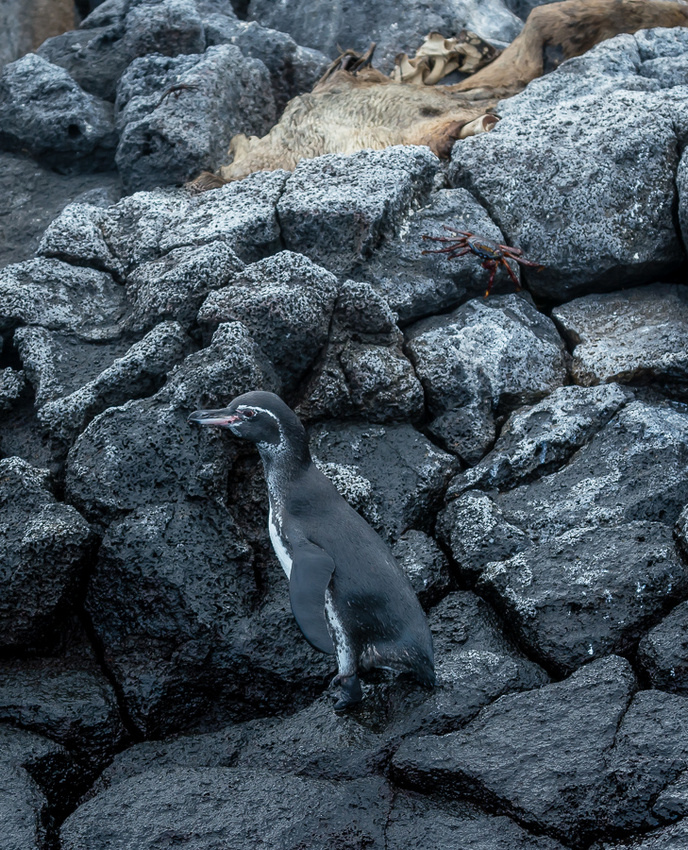 While out in the zodiacs we came across some Galapagos penguins which we were told were fairly uncommon. 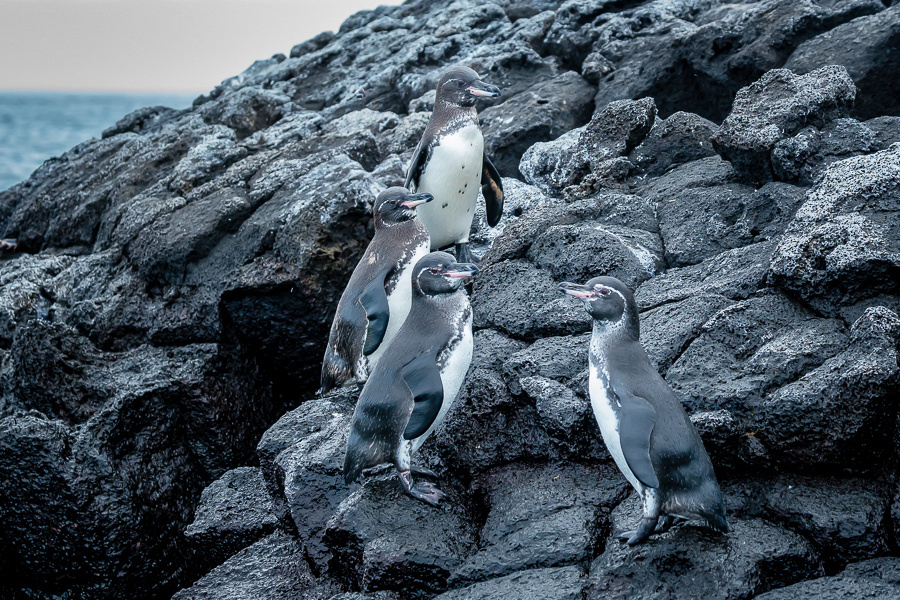 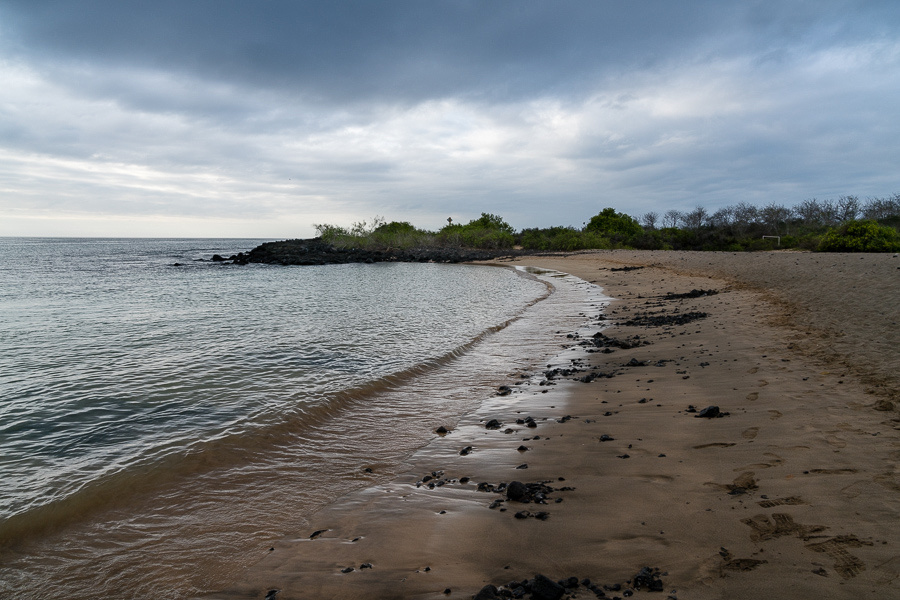 Later in the day we went to Post Office Bay on Floreana Island.  Many people left postcards to be delivered for free by visitors.  This tradition has been going on since the eighteen century without interruption.  The whalers would leave letters in a certain place on Floreana, and when passing ships stopped there on their way back to England, the USA or wherever their home port was, they would pick up all of the letters destined for that place and deliver them.  This place became known as Post Office Bay.  The system is actually still working!.  Traditionally, if you pick up a letter addressed to someone who lives near your home, you're supposed to hand-deliver it.

Tricia Matheson(non-registered)
Marsha, these are amazing photos. Your bird photos and details about them are extraordinary.
Carol(non-registered)
Beautiful as always. And your secretions gives me feel of being there!!
Maureen(non-registered)
Amazing photos. I love the penguins, the crab and the sea lions. Makes me want to go there.
Jane Jamison(non-registered)
Thanks not only for the great photos, but for the very interesting information on the various critters. Unique experience!
bruce(non-registered)
you really do get to see the wonders of nature in all aspects.
No comments posted.
Loading...
Subscribe
RSS
Recent Posts
Melbourne Last blog of New Zealand Fox Glacier Haast Wanaka Queenstown and Glenorchy Moeraki Boulders and Milford Sound Penguins, Seals and Sheep Southern Alps, New Zealand Last evening in Chania
Keywords
Croatia Crete Morocco New Zealand South Island Cuba alberta National Park galapagos
Archive
January February March April May June July August September October November December
© Marsha Fouks