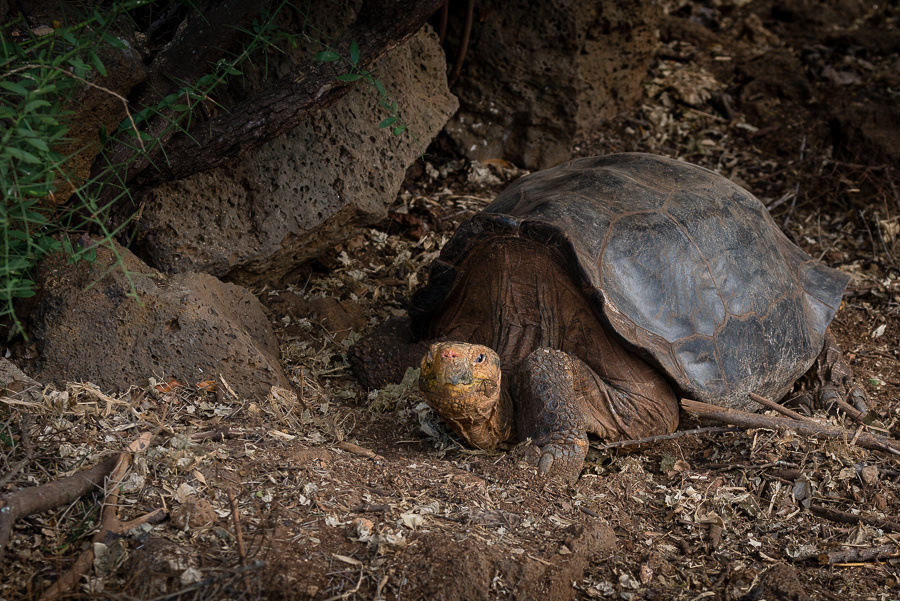 On May 24th, we visited Santa Cruz Island.   Galapagos giant tortoises are amazing animals.  Today, we visited their territory to learn more about their history.  Between the 16th and 19th centuries, Giant tortoises were an important source of food for sea people navigating around the islands and also for the human population.  During his journey, Charles Darwin visited the islands and mentioned them" At the time of our visit, the females had within their bodies numerous, large, elongated eggs, which they lay in the burrows:the inhabitants seek them for food". 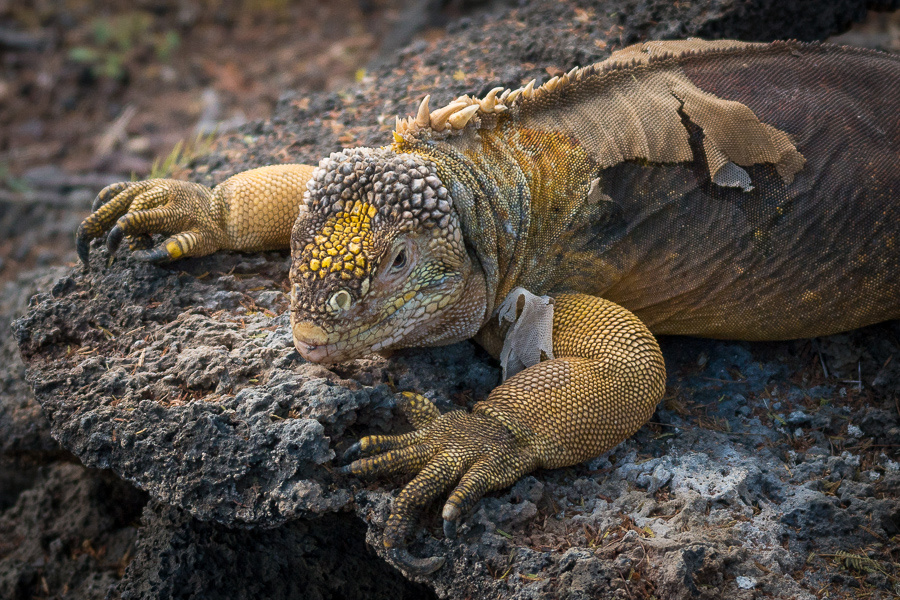 We also saw more iguanas at the Charles Darwin Research Station.  The research station also has a breeding program for endangered giant tortoises. 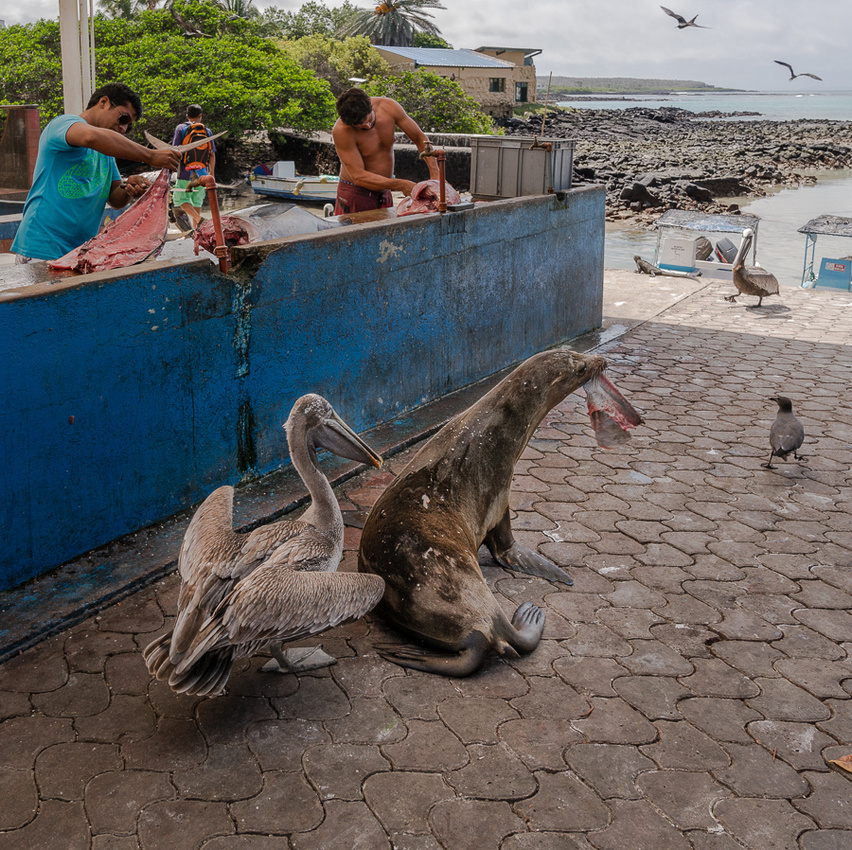 The town of Puerto Ayora is the archipelago's tourism hub.  We had a chance to walk around the town.  It was fun to watch the animals and birds mingle with the locals, eating whatever scraps they were given. 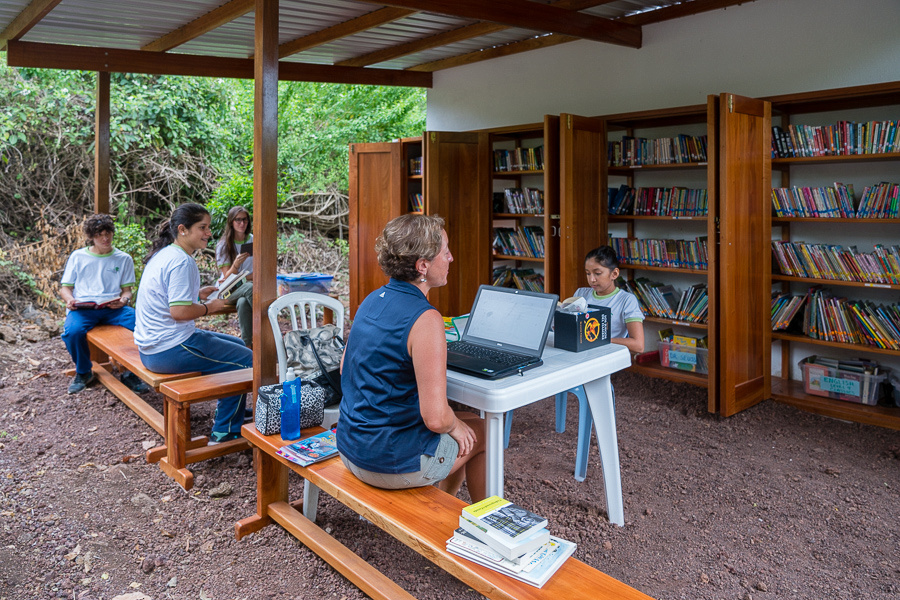 We had a chance to visit a local school on the island.  This is the school's library. 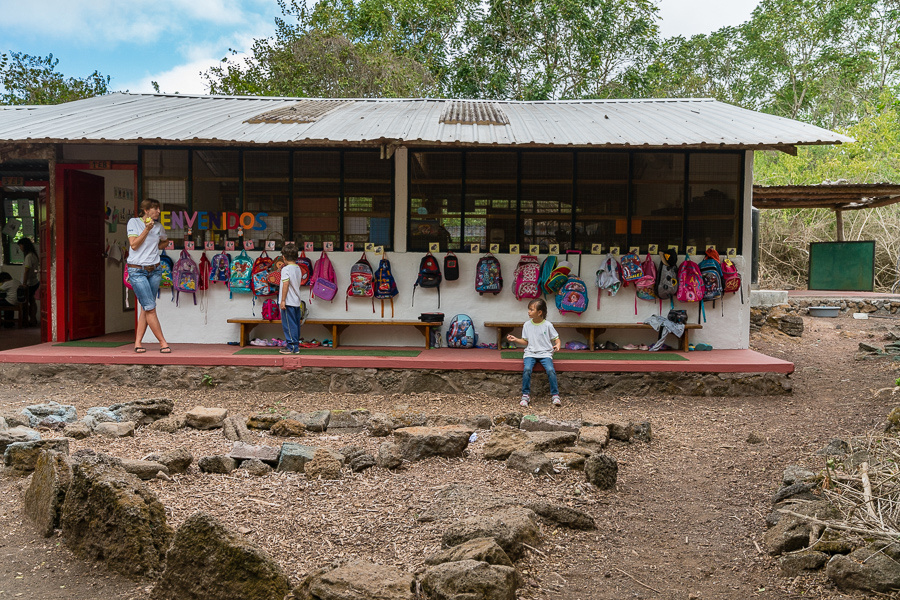 One of the classrooms. 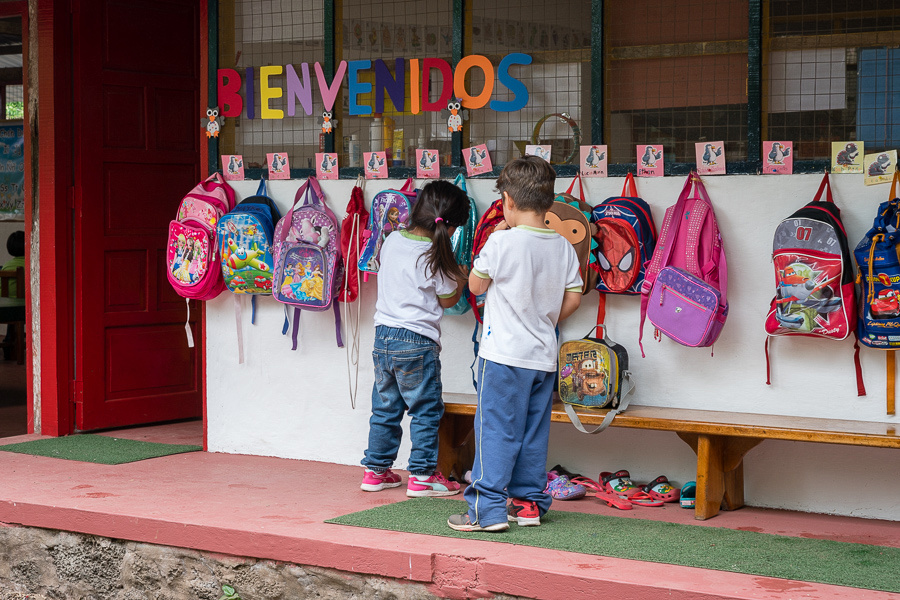 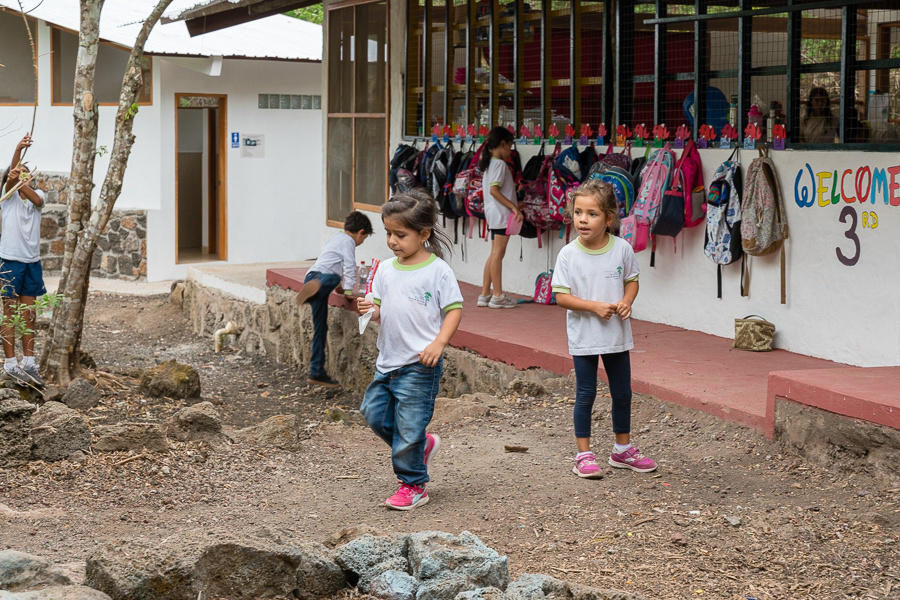 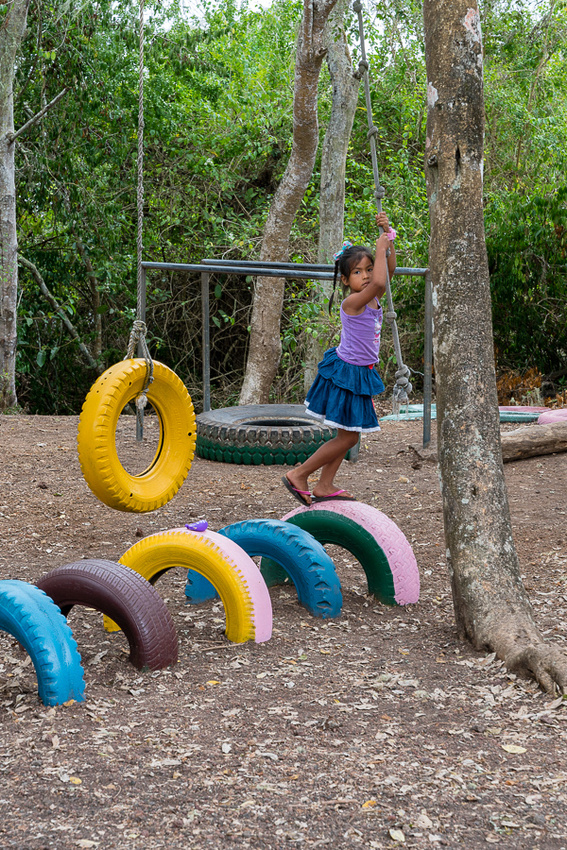 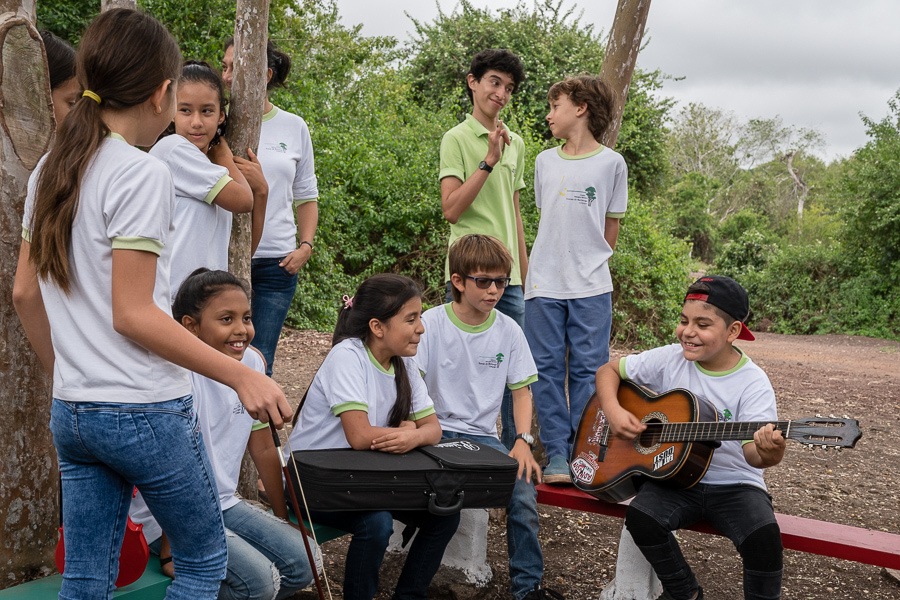 The boy in the green shirt was nice enough to give our group a tour of the school.  We also listened to the kids play some music and visit a couple of their classrooms.  All of the children were well behaved and happy to talk to us. 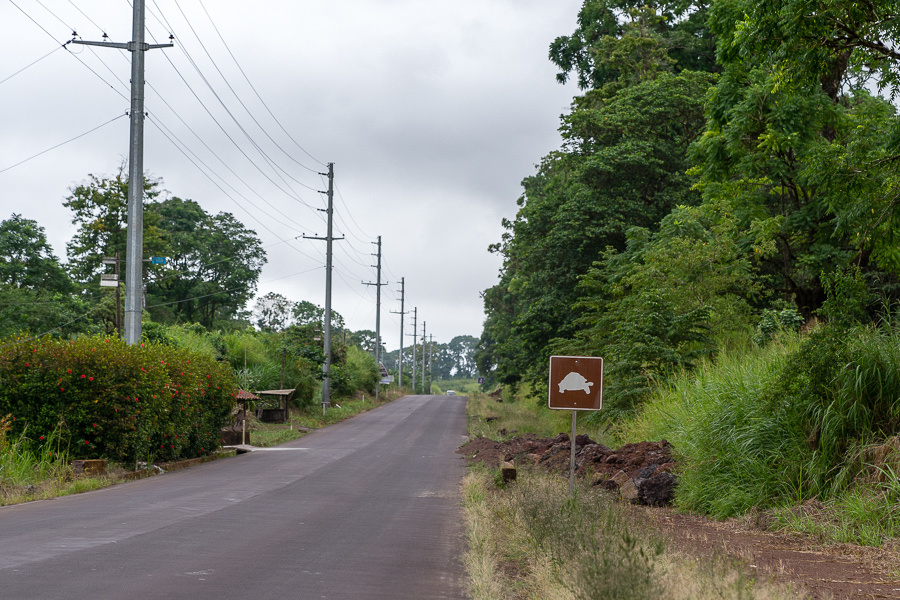 In the afternoon, we got on a bus to go see where the giant tortoises live. The bus driver stopped so a few of us could get out and photograph the turtle crossing sign.  During the 20th and 21st century, the Galapagos giant tortoises were no longe being  used as a food source.  The living animal has become a symbol of life. 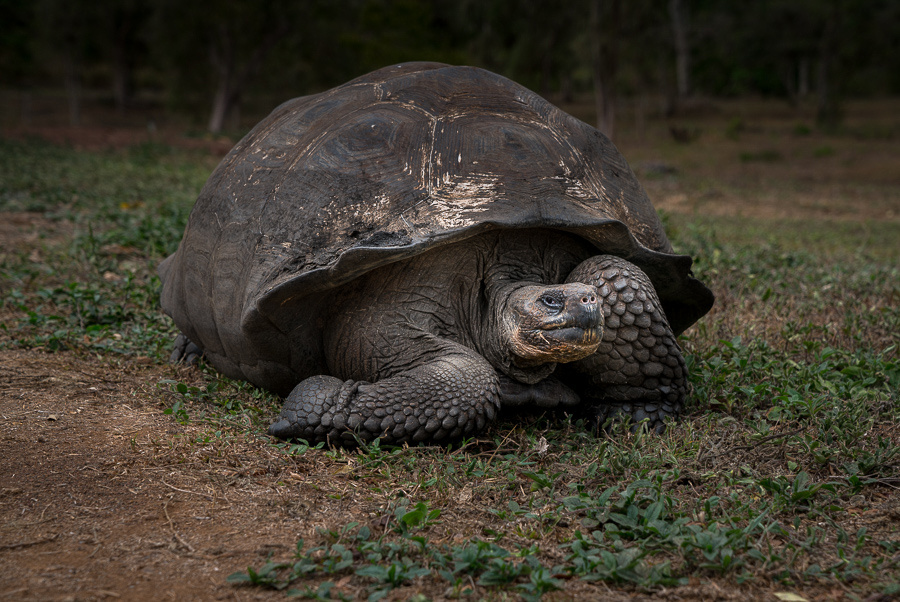 The Galapagos tortoise are the largest living species of tortoise who can weigh up to 417 kg(919 lb).  Today, these tortoises exist only on two remote archipelagos: the Galapagos Islands and Aldabra in the Indian Ocean, 700 km east of Tanzania.  These tortoises have lifespans in the wild, of over 100 years which makes it one of the longest living vertebrates.  A captive individual lived at least 170 years.   Shell size and shape vary between populations.  On  islands with humid highlands, the  tortoises are larger, with domed sells and short necks; on islands with dry lowlands, the animals are smaller, with "saddleback" shells and long necks.  Charles Darwin's observations of these differences on the second voyage of the Beagle in 1835, contributed to the development of his theory of evolution. 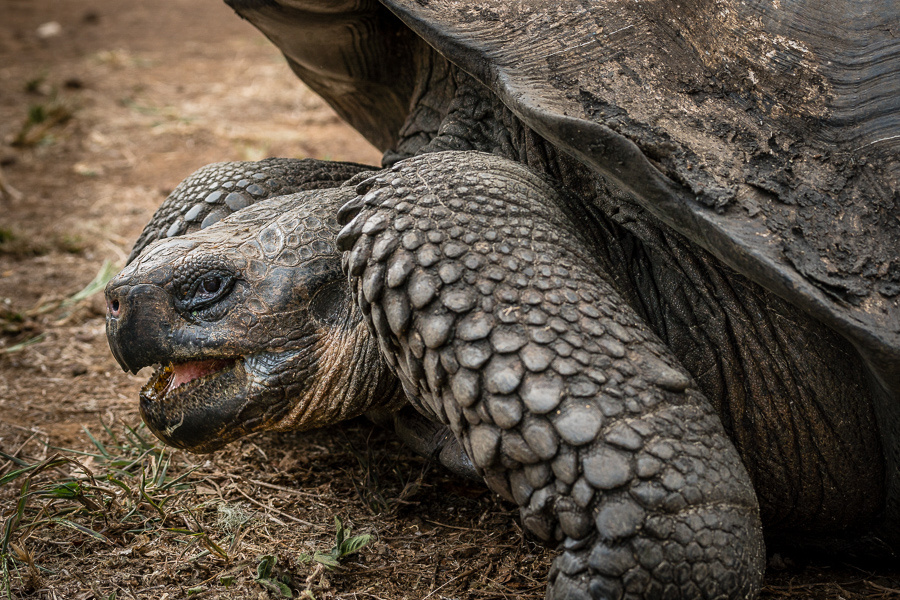 Tortoise numbers declined from over 250,000 in the 16th century to a low of around 3,000 in the 1970's.  The decline was caused by overexploitation of the species for meat and oil, habitat clearance for agrictulture, and introduction of non-native animals to the islands, such as rats, goats and pigs.  Fortunately, conservation efforts beginning in the 20th century, have resulted in thousands of captive-bred juveniles being released into their ancestral home islands and the total number of the species is estimated to have exceeded 19,000 at the start of the 21st century. 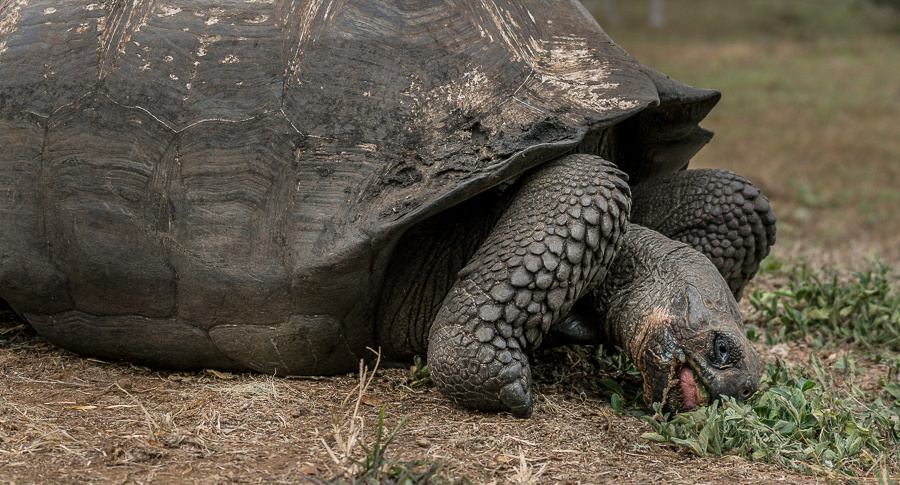 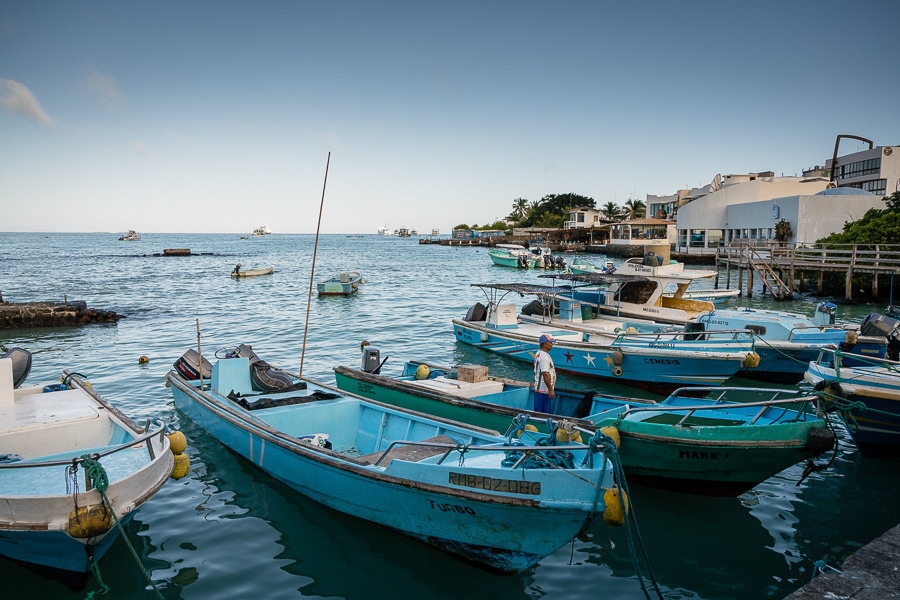 After learning and seeing the giant tortoises, we headed back to the town and wandered around before it was time to return to the ship. 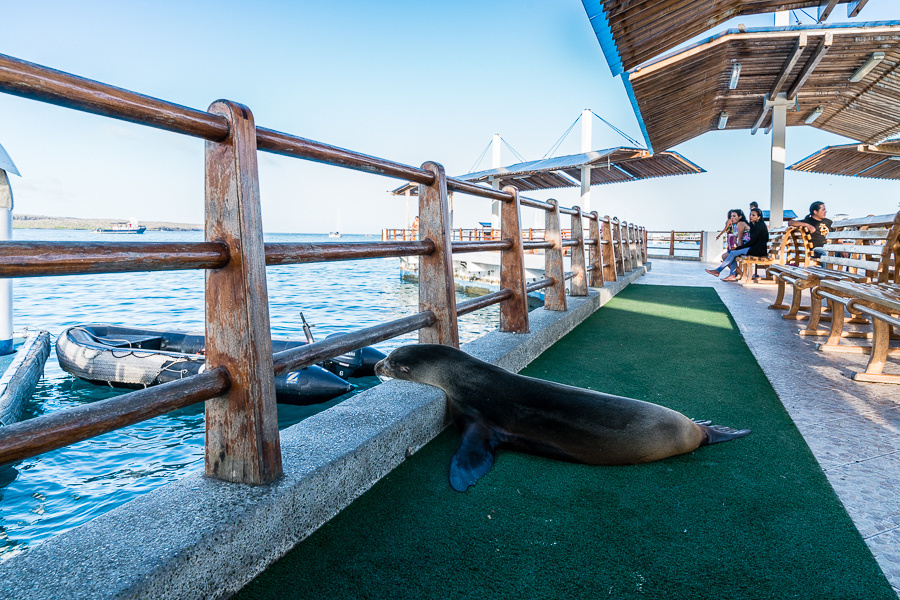 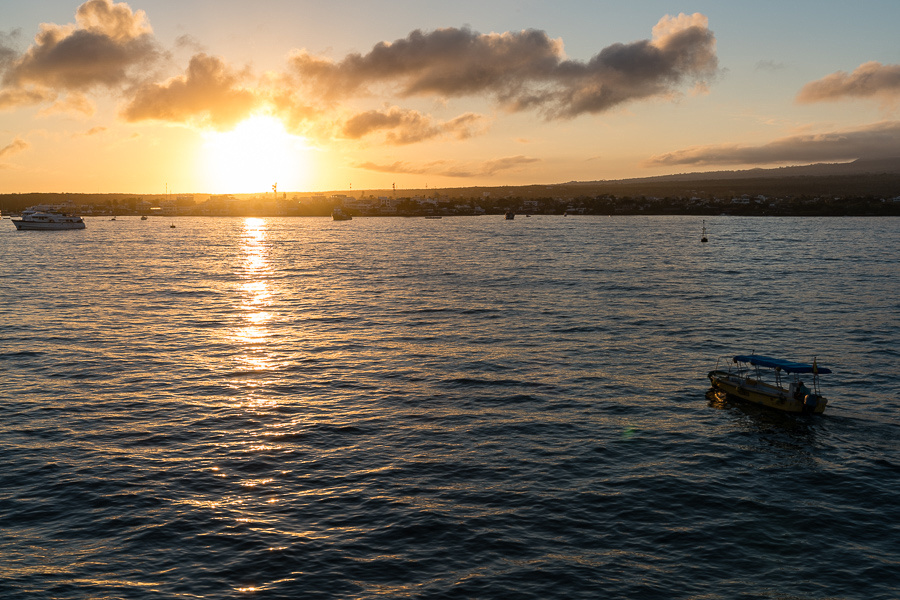 Once back on the ship, we watched the sun set.

Hetty(non-registered)
What an incredible place. Love all the kids backpacks hanging outside. The giant tortoises are incredible. Great shots!
[email protected](non-registered)
Hi Marsha!
I'm back to follow your blog after almost 2 years... I won't get into any details... You can ask Moe about it the next time you meet with her!
But it seems that thinghs haven't changed since the last time!... Your pictures are always soooooo beautiful and I just love your comments!
We're still learning so much... Nice to see you again!
Duncan(non-registered)
More! More!
Really interesting, Marsha. We have talked in the past about going, but we can never face the return journey from Canada.
Toby(non-registered)
So interesting! I love the way you provide such informative text with wonderful images. This blog was too short though!
Maureen(non-registered)
I'm stunned by how great all of these photos are. I love that turtle and what great shots of him/her. Nice work Marsha.
No comments posted.
Loading...
Subscribe
RSS
Recent Posts
Melbourne Last blog of New Zealand Fox Glacier Haast Wanaka Queenstown and Glenorchy Moeraki Boulders and Milford Sound Penguins, Seals and Sheep Southern Alps, New Zealand Last evening in Chania
Keywords
Croatia Crete Morocco New Zealand South Island Cuba alberta National Park galapagos
Archive
January February March April May June July August September October November December
© Marsha Fouks