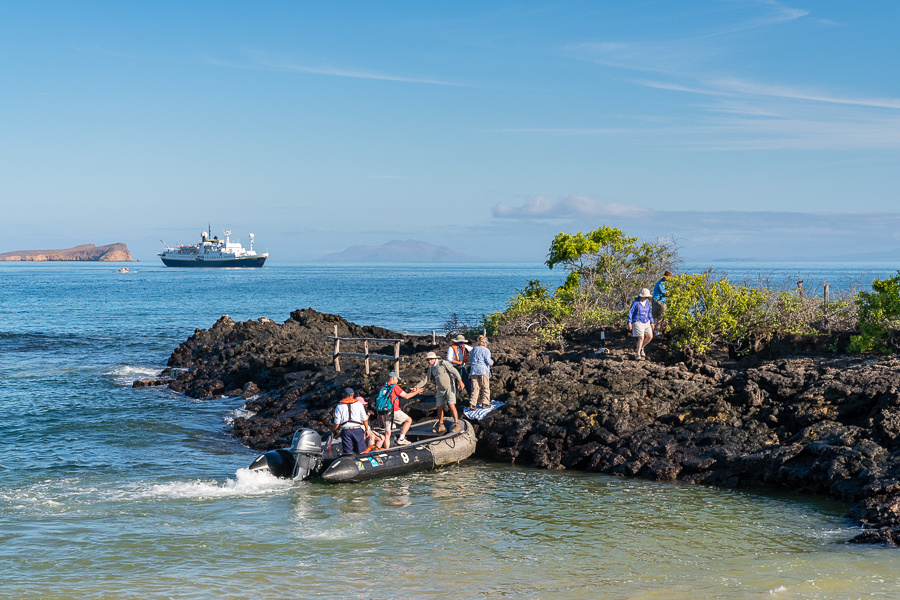 Today we visited and explored the central area of the Galapagos archipelago stopping at the leeward side of  Santa Cruz island.   You can see one of the groups coming ashore from the zodiac boats. 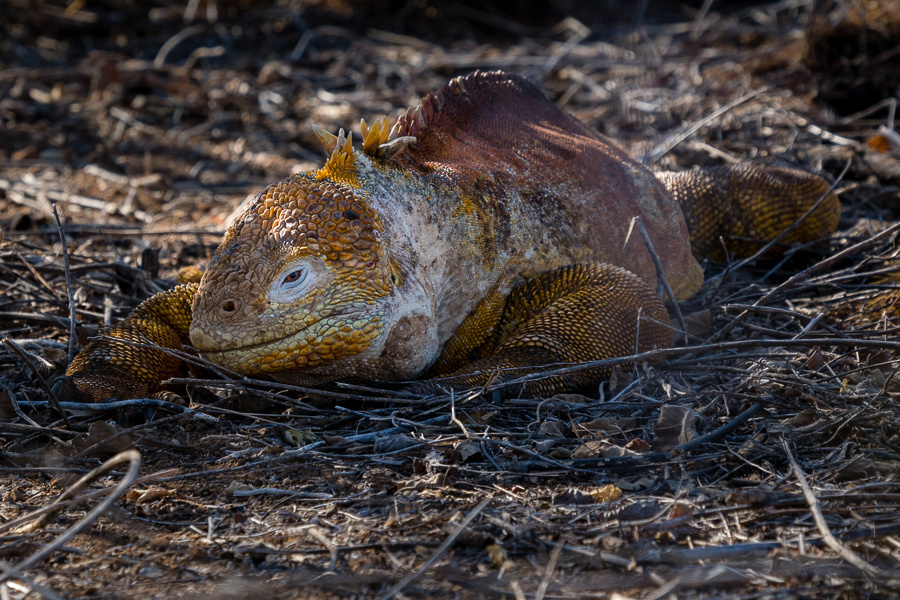 Our first stop was on Dragon Hill, a low lying hill which is home to a healthy population of the Galapagos land iguana.  It was great watching these dragons roam freely around the trail we were on.  Considering that Santa Cruz has been affected by several introduced species  such as dogs, cats and goats, the Galapagos National Park and the Charles Darwin Station has made great efforts to restore the population of these reptiles since the 1970s.

A visitor along the trail.  I never saw any of the animals or birds being fearful of the humans wherever we went.

Our group hiking on the trail.  As usual, I was busy photographing from the behind. 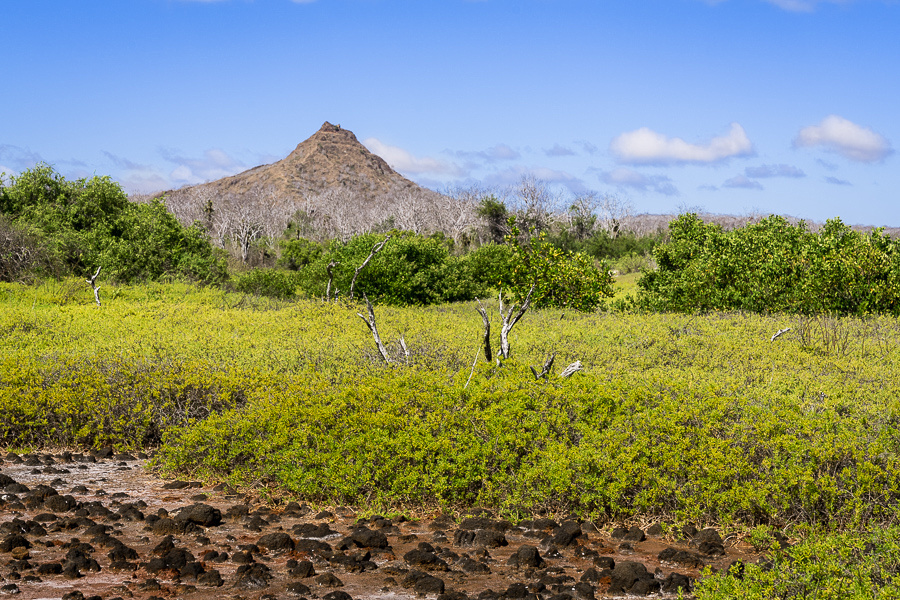 I found the island to be very beautiful.  All of the islands were quite different and unique from one and other. 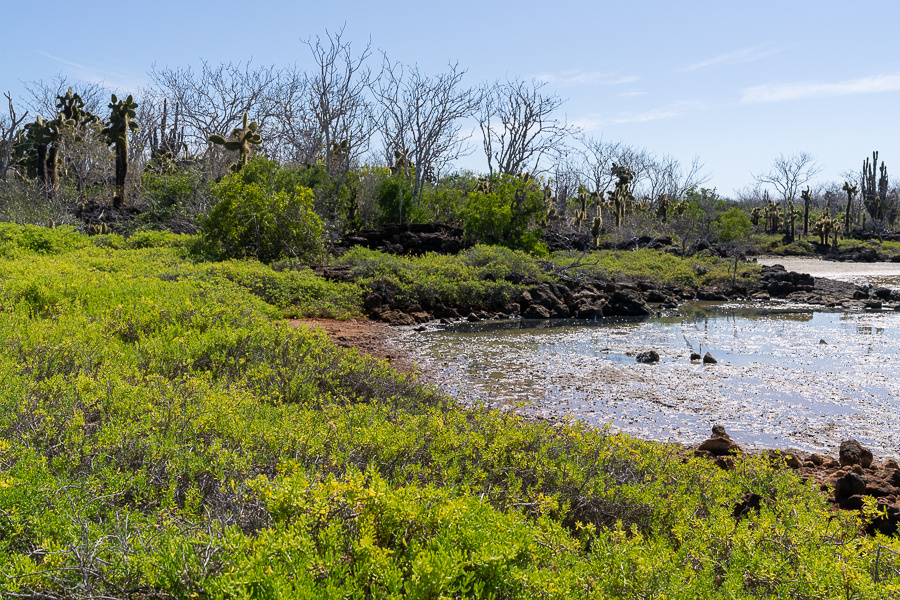 During out outings, we would always have guides to show us points of interest on the trail.  Of course, since I was busy photographing I wouldn't always hear what they were saying. It was interesting to see the desert-like vegetation around Dragon Hill. 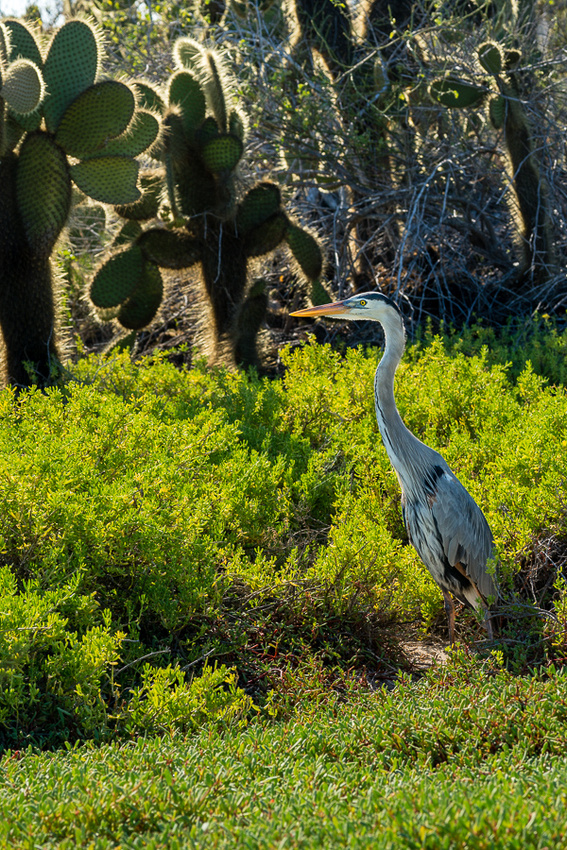 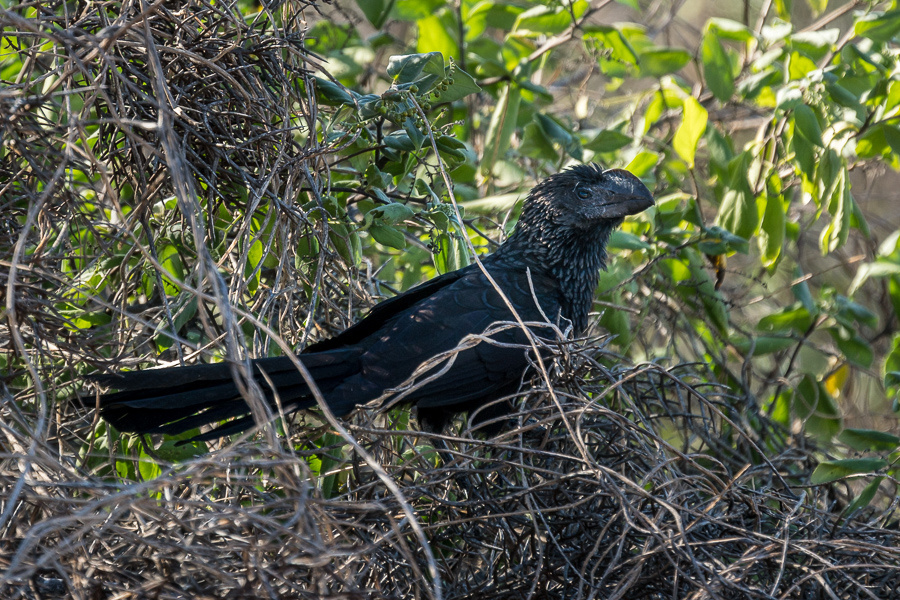 Like other Anis, the Smooth-billed Ani lives in small groups of one to five breeding pairs, and up to seventeen individuals.  They defend a single territory and lay their eggs in one communal nest.  All group members incubate the eggs and care for the young.  It looks like this guy is sitting by himself, watching for danger or action. 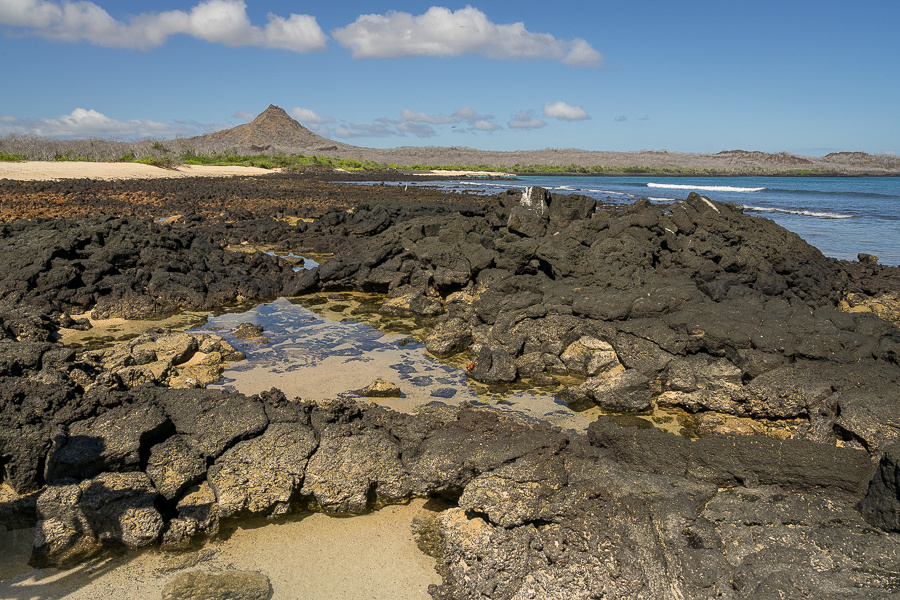 Heading back to the ship.